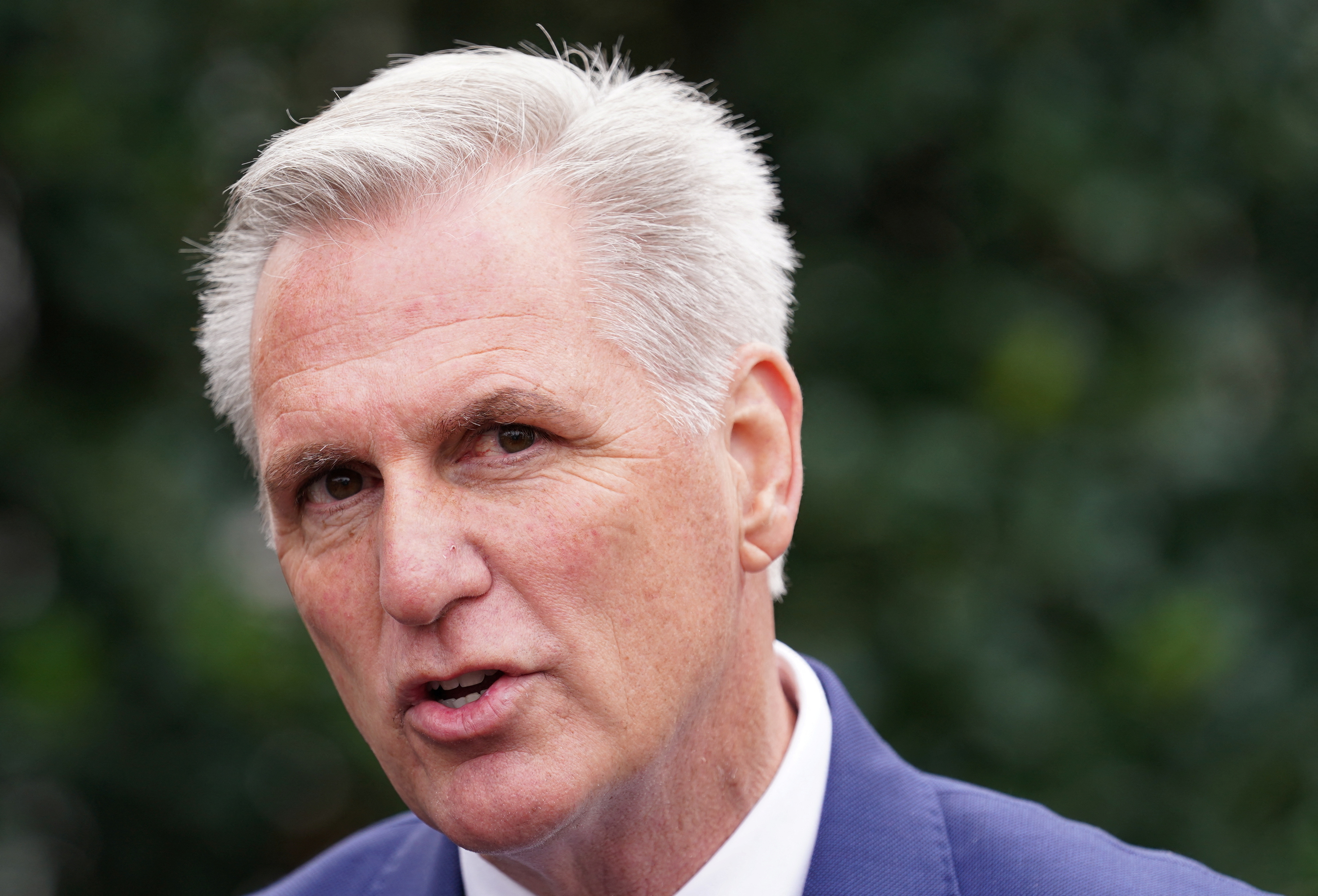 As Democrats transitioned smoothly to a new leader in the U.S. House of Representatives, Republicans girded themselves for a showdown over Kevin McCarthy’s bid for speaker that could leave the chamber adrift in the early days of 2023.

McCarthy, the Republican leader who was nominated for the speakership last month by 188 of his fellow Republicans, could have trouble reaching the 218-vote benchmark when the next Congress convenes on Jan. 3, due to opposition from several hardline conservatives from the House Freedom Caucus.

Republicans won only a slim margin of House control in this year’s midterm elections, a prospect that has raised concerns among some party members that their majority could begin in January with a lengthy delay while the chamber chooses a House speaker.

A senior House Republican aide predicted that McCarthy would be elected speaker without a protracted contest. His allies continue to cajole members of the party to support McCarthy come the Jan. 3 vote.

But Republican lawmakers were not so sure.

“I think McCarthy gets there, but it may not be on Jan. 3. There may be multiple ballots,” said Republican Representative Fred Upton, who is retiring from Congress.

He warned that past speakership contests have lasted weeks and even months, during which no legislation could move forward. One such battle in the 1850s ultimately gave the gavel to Massachusetts lawmaker Nathaniel Prentice Banks, but only after 133 ballots and a two-month contest.

Representative Michael McCaul, the Republican in line to chair the House Foreign Affairs Committee, warned that a lengthy fight would undermine the party.

“That would not be in our interest, because it shows weakness, that we can’t lead and govern. And that’s going to be the challenge,” McCaul said. “It’s my sincere hope this will be finalized on Jan. 3.”

Even if McCarthy does achieve the required support quickly, lawmakers and aides predict he will face major challenges presiding over a congressional chamber in which legislation can be blocked by just a handful of members.

Upton and McCaul spoke after Democrats elected Hakeem Jeffries to be that party’s top House leader beginning in January, when House Speaker Nancy Pelosi will relinquish the party leadership post and the speaker’s gavel. Jeffries will be the first Black American to hold such a high-ranking position in Congress.

House speakers are elected on the floor by the full 435-seat chamber, including Republicans, Democrats and independents, with 218 votes needed for success.

McCarthy’s opponents have not put forward a rival candidate for the speakership. But hardliners such as Representative Andy Biggs, who ran against McCarthy for the nomination, and Representative Matt Gaetz, say the California Republican does not currently have the votes to succeed in a floor vote.

Representative Chip Roy, another prominent Freedom Caucus member, said it was premature to talk about what would happen next year while McCarthy is still working to consolidate support.

“No one has got a clear vote that will get you there. And so we’re having a conversation about what it takes,” Roy said. “But we’ve got a long way to go.”

The prospect of a standoff has angered other Republicans, who say they plan to break any Freedom Caucus floor blockade, possibly by enlisting help from Democrats.

“And if they refuse to compromise … we’ll work with Democrats to put in an agreeable Republican,” Bacon added. “We’re tired of getting pushed around.”