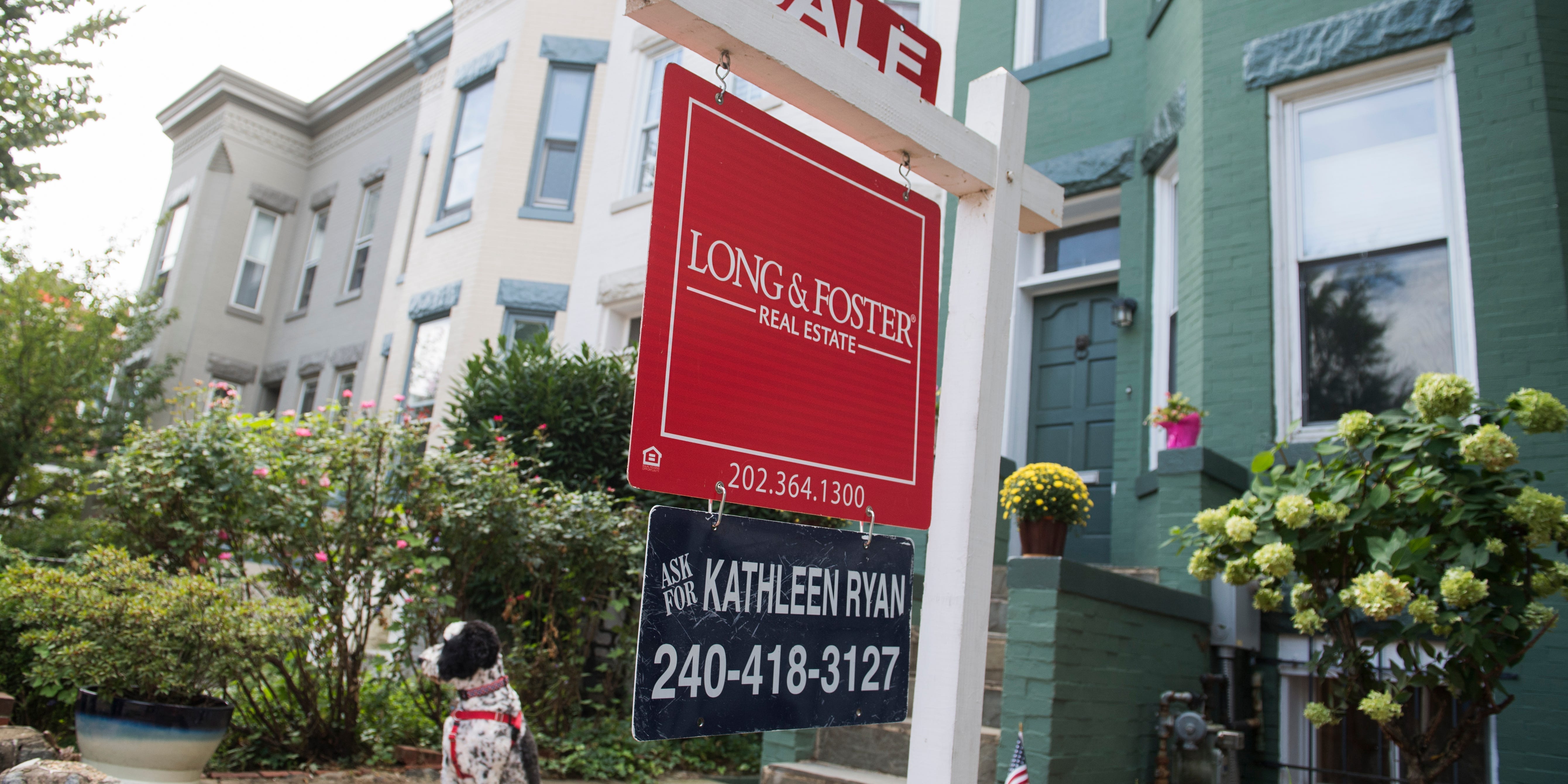 A row house for sale in Washington D.C.

Weekly applications for home loans have edged higher, suggesting some pick-up in appetite in the housing market with borrowing costs recently pulling back from 20-year highs.

Applications rose 3.2% from one week earlier, the Mortgage Bankers Association said Wednesday about the seasonally adjusted results of its survey for the week ended December 9. The increase was the first since the week ended November 18.

Applications for refinancing also went up, rising 3% from the previous week

The rise in applications was taking place as 30-year fixed-rate mortgages have been drifting down from steeper levels reached this year. Mortage rates have climbed this year with the Federal Reserve raising interest rates at an aggressive pace to combat high inflation.

The survey showed the 30-year fixed rate at 6.42%, slightly higher than a week ago but close to the lowest in a month. The average 30-year fixed mortgage rate hit 7.16% in late October, a 21-year high.

“The ongoing moderation in home-price growth, along with further declines in mortgage rates, may encourage more buyers to return to the market in the coming months,” Joel Kan, deputy chief economist at MBA said.

“However, with rates more than three percentage points higher than a year ago, both purchase and refinance applications are still well behind last year’s pace,” said Kan.

Refinancing applications were 85% lower than the same week one year ago.

The closely watched S&P CoreLogic Case Shiller track of housing prices showed growth in prices for single-family homes fell by 0.8% month over month in September. Its index tracking all nine US census divisions showed a 10.6% annual price gain in September, down from 12.9% in August.

Declines in home prices this year have already hurt hundreds of thousands of purchasers, according to mortgage data and tech firm Black Knight. About 270,000 home buyers in 2022 were underwater on their purchases, or they owe more on their loans than their properties are worth, the firm said in a report released this month. The figure amounts to 8% of US home purchases that were mortgaged this year.

“Though the home price correction has slowed, it has still exposed a meaningful pocket of equity risk,” Ben Graboske, president of Black Knight Data & Analytics, said in the report. “Make no mistake: negative equity rates continue to run far below historical averages, but a clear bifurcation of risk has emerged between mortgaged homes purchased relatively recently versus those bought early in or before the pandemic.”