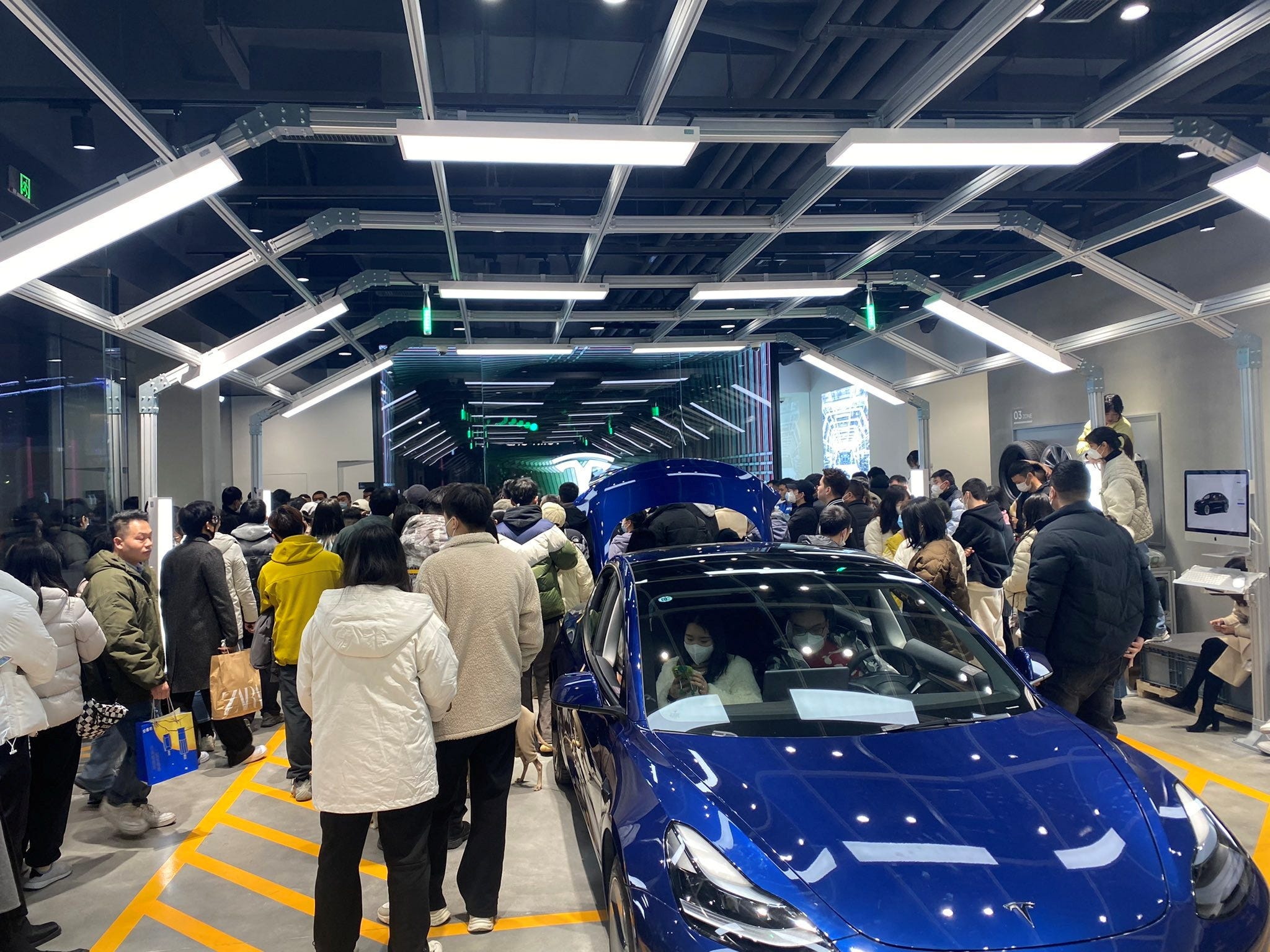 Protest at a Tesla showroom in Chengdu.

Tesla is facing a backlash in China from hundreds of owners who protested outside delivery centres and showrooms after missing out on big price cuts, a report said.

Reuters reported that about 200 people who recently bought Model Y and Model 3 cars gathered outside a Tesla delivery centre in Shanghai on Saturday, demanding rebates because they now cost less than what they paid.

Tesla cut prices in China for the second time in three months on Friday as it struggles to make sales. Prices are between 13% and 24% lower than in September. A Tesla can be up to 43% cheaper to buy in China than the US, per Bloomberg.

Elon Musk’s company also cut prices in Japan, South Korea and Australia in a move intended to stoke demand for vehicles made at Tesla’s largest factory, a source told Reuters.

A Reuters video also showed protests at Tesla’s Chengdu store. The news agency verified the location of the store but not the date of the protests.

Another video posted Saturday appeared to show further protests at a Tesla outlet in Xiaoshan, with several people seen shouting and one holding up a placard. Insider was unable to confirm the location of the store.

EV makers have been forced into sudden price changes in recent months as big car makers raise their game and the global economy sours.

Ford also raised the price of its F-150 Lightning electric truck by up to $8,500 in August, blaming “significant material cost increases.”

But Tesla’s move to cut prices in China more reflects depressed demand due to years of COVID-19 lockdowns, as well as Tesla’s floundering share price and its big bet on a Shanghai factory.

Tesla did not immediately respond to a request for comment from Insider.