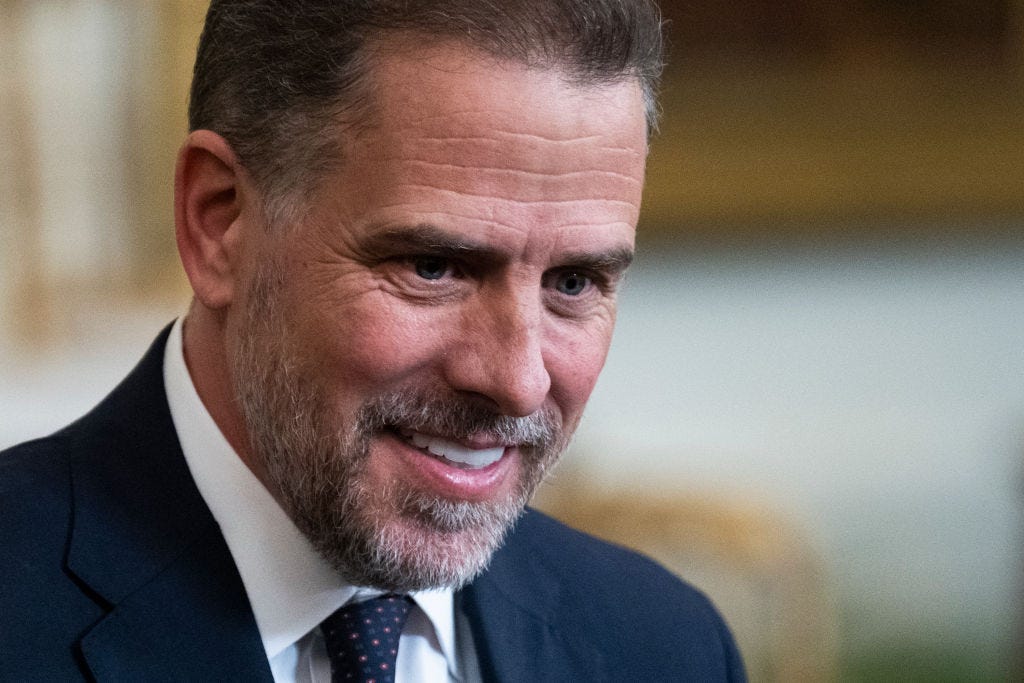 UNITED STATES – JULY 7: Hunter Biden, the son of President Joe Biden, attends a ceremony to present the Presidential Medal of Freedom, the nation’s highest civilian honor, to 17 recipients at the White House on Thursday, July 7, 2022.

Hunter Biden asked a judge to stop his four-year-old daughter, who he had with an Arkansas stripper, from taking his surname, the New York Post reported.

President Joe Biden’s son made the request to an Arkansas court on January 6, arguing that the name would rob the child of a “peaceful existence.”

The child’s mother, Lunden Roberts, had asked Circuit Court Judge Holly Meyer on December 27 to allow daughter Navy Joan Roberts to take Biden’s name, arguing that she would benefit as the name is “now synonymous with being well educated, successful, financially acute and politically powerful,” the paper reported.

The child remains “estranged” from the Biden family, the filing said, and suggested that giving her the Biden name could rectify this “misconduct or neglect,” per Dailymail.com.

The request regarding the child’s name was made amid an ongoing case in Independence, Arkansas.

Biden, in September, asked to have child support payments reduced because his financial circumstances had undergone a “substantial, material change,” according to Dailymail.com.

In the name change filing, Roberts’ attorneys also asked for information about Biden’s finances, among other things, and claimed that Biden is “attempting to stifle discovery into his financial affairs while simultaneously reducing his child support obligation on the claim that he now earns less income,” per Dailymail.com.

When the child was born in August 2018, Biden initially denied being the father. Roberts filed a petition for paternity and child support, and a DNA test later proved he was the father.

The child was conceived while Biden was in a relationship with Hallie Biden, his brother Beau’s widow.

Biden claimed in his 2021 book “Beautiful Things” that he had fought the paternity suit because he had no recollection of the sexual encounter that led to the pregnancy, according to the New York Post.

Biden married South African filmmaker Melissa Cohen in May 2019, and the pair have a son, Beau, born in 2020. Biden also has three daughters from his first marriage.

Home » Audio Sources - Full Text Articles » Hunter Biden asks judge to stop his 4-year-old daughter, who he had with a stripper, from taking his surname, say reports
a