Andriy Marusov, celebrated journalist, public figure, sociologist and historian, was in the hottest spot in Ukraine when Russia launched its full-scale invasion. In a candid interview with Kyiv Post, he speaks about life in Mariupol during the first days of the Russian invasion, his miraculous survival, the current state of the city’s cultural heritage, and his future plans.

You were in Mariupol on Feb. 24. What were you doing at the time?

On the first day of the full-scale invasion, our organization was supposed to make a public announcement about the Mariupol Photo Fest. We wanted to feature the works of Ukrainian photographers who are relatively unknown here despite taking top prizes in global competitions.

The Fest was supposed to take place around March 8 [International Women’s Day] so we decided to focus on the works of female photographers and photos featuring women. We had already received the first six pieces, but the fate of these items is currently unknown. They were on display in the Kuindzhi Center for Contemporary Art, which was destroyed and looted by the invaders. 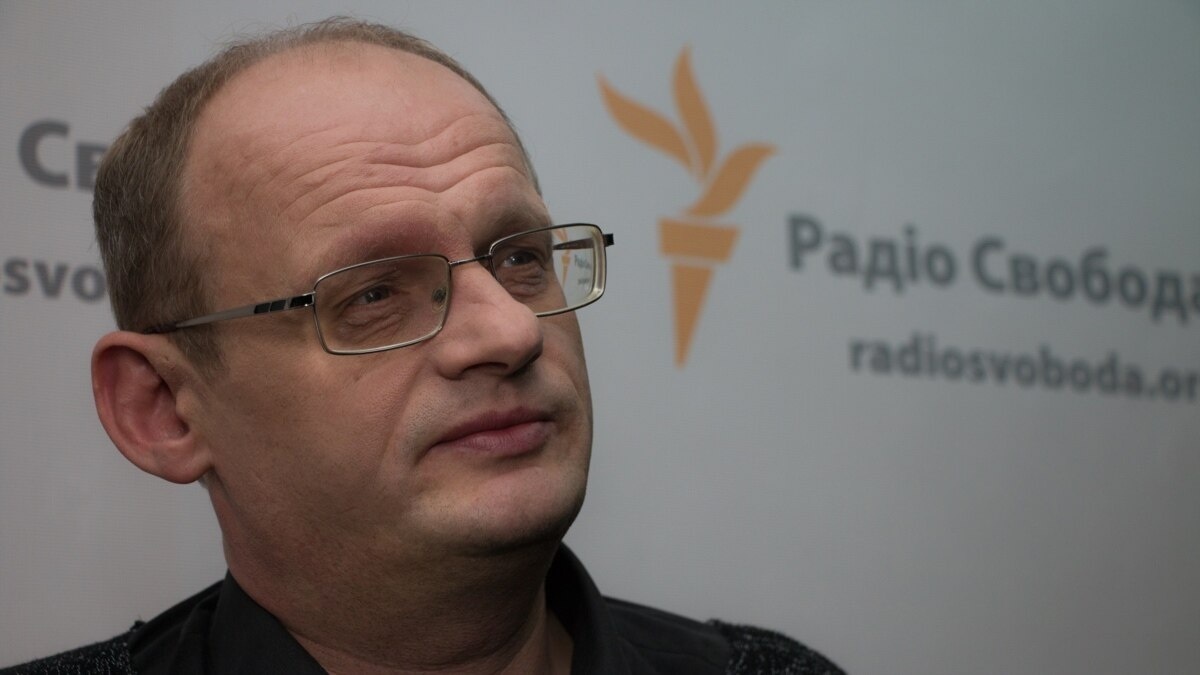 What were your thoughts and emotions being in a city that became such an early focal of the war?

I experienced that first-hand when a missile flew into the apartment building where I live – and used to live with my parents. It demolished the upper floors and killed eleven people. By some miracle we survived since our apartment is on the third floor.

When it happened, I wanted to disappear. People were crying for help from above, one of the building entrances was on fire, and we couldn’t get out. Our door was crooked and wouldn’t open.

First, there was a missile and then came the bombs – the diameter of the holes in our yard was enormous.

Later, from a distance, I looked at the building and was shocked that this house from the 1950s didn’t crumble.

From your perspective, what has been the most frightening thing for people in Mariupol?

Little by little, the invaders took over the city. But, in fact, the city has been under siege since March 2.

People were most afraid of airplanes – it was bloodcurdling. With artillery fire, you can still understand where it comes from. With airplanes, however, there can be a sudden buzz in the sky and a missile can fly toward you at any moment.

When the Russians took control of the sky, our defenders had to retreat. Usually, they bombed us in the morning and, since March 12, all the time.

How did you manage to evacuate?

I was lucky. But there was a moment when the invaders were ready to execute me by shooting.

Since my parents are well into their 80s, I regularly wandered around the city center looking for water, food, and medicine. A couple of times, I went to the Drama Theater because there were rumors about a humanitarian corridor (the one that Russia did not ultimately allow).

On March 14, the invaders entered my block. I was just returning from the Drama Theater when I was detained. They immediately demanded to check my phone and found pictures of destroyed buildings and videos of the invaders entering our block. They ordered me to undress, inspected my body for tattoos, and asked me why I was recording videos. I said that I was a historian and that it was interesting to me. They threatened to shoot me in the knee if it would help them get more information.

One of the invaders took me aside and pointed a machine gun at me. I remember thinking: a shot to the chest, not to the stomach. I did not want to suffer. For a long time, they were unable to decide what to do with me. They tied my hands and turned me around to face the wall. I stood there in the dark for about four hours.

When it turned dark, I asked if they had already decided on something. The Russians were talking among themselves – they had already killed several civilians and decided to take me to the hospital. I couldn’t believe it right away. The guy who escorted me had a long talk with the driver of the armored personnel carrier. Then he came up to me and said that I was lucky. They took me to the basement where I spent a sleepless night.

And lucky I was. At the break of dawn, I was set free and allowed to return to my parents. The next day, a humanitarian corridor opened. My parents refused to evacuate immediately, so I had to leave alone. I walked for about 20 kilometers. There weren’t many people; what saved me was the people who agreed to give me a lift.

What went through your mind when you thought you were heading to your execution?

I was thinking about other people who had gone through the same situation and what they must have been thinking. And by the way, ironic as it may sound under those circumstances, I was thinking of Dostoevsky.

They did the same thing to him during his revolutionary days: took him to a square with a bag on his head where he waited for death but wasn’t shot after all. Many people say that this very moment made him the writer he became. I even re-read some of his works afterward.

Is it still possible to evacuate from Mariupol now?

To the Russian side – sure.

There was only one humanitarian corridor towards the town of Vasylivka in the Zaporizhzhia region. According to our information, the invaders sometimes detain civilians, sometimes make them turn around, and sometimes use them as human shields. International organizations are not allowed in the area, except for the Russian Red Cross. But the 100,000 people who stayed are mostly senior citizens. There are a lot of them.

Are there statistics on the dead in Mariupol?

We are only going to find out for sure after the liberation of Mariupol. But approximately every 10th resident has been killed, from a total population of 450,000.

There was also one story that shook me to the core. When a missile hit my apartment building, a young girl, a promising gymnast, who was just about to depart for the world championships, died on the upper floor. She was buried under the rubble together with her father. Her mother and brother survived and were brought to the central hospital. Soon, another missile hit the hospital and the whole family died.

How is it possible for people to survive under these circumstances?

The Russians are trying to hand out some kind of humanitarian aid – monetary aid, in rubles, of course. A couple of hospitals are open and around 10 to 16 schools out of 60 are working.

There is no heating because the network has been destroyed, so the Russians started handing out heaters. Everyone is trying to move to private houses, to the countryside. The water is non-potable, but even this water needs to be found first. Two thirds of the entire infrastructure has been damaged.

The situation is very depressing – lootings and robberies have never stopped. There is no work, no work at all. There are plenty of senior citizens, lots of those who care for their parents, and many people with no place to go. There are also endless queues for humanitarian aid.

According to statistics given by the city council, more than 100 people die in an average week.

What is the current state of Mariupol’s cultural heritage?

If we’re talking about architectural heritage, almost half has been destroyed. If we’re talking about the most valuable items – the Mariupol Museum of Local Lore, home to numerous antiquities of the Azov Greeks and the renowned decree from Empress Catherine the Second of Russia ordering the Greeks of Ukraine to relocate from Crimea to Mariupol – this burnt to the ground.

There is no guarantee that after de-occupation, anything preserved will survive. Only a part of the library remains intact, as it was located in another wing of the building. The fate of the unique collection of the Kuindzhi Museum will likely remain unknown.

Despite the extremely difficult situation, can you tell us about your plans for the future?

I want to hold a photo exhibition dedicated to how foreign photographers see the war in Ukraine. I’ve already found two interesting photographers and their works. I’d also like to work on digitizing the material heritage of Mariupol and Transnistria. There are lots of interesting documents in the Kyiv museums and archives. But obviously, it requires money. I hope everything will work out for us.

The post “I was Lucky to Survive” – Interview with Journalist and Mariupol Resident Andriy Marusov appeared first on Kyiv Post.