Skip to the content
Advertisements | Advertising at The News And Times - advertising-newsandtimes.com | WE CONNECT! 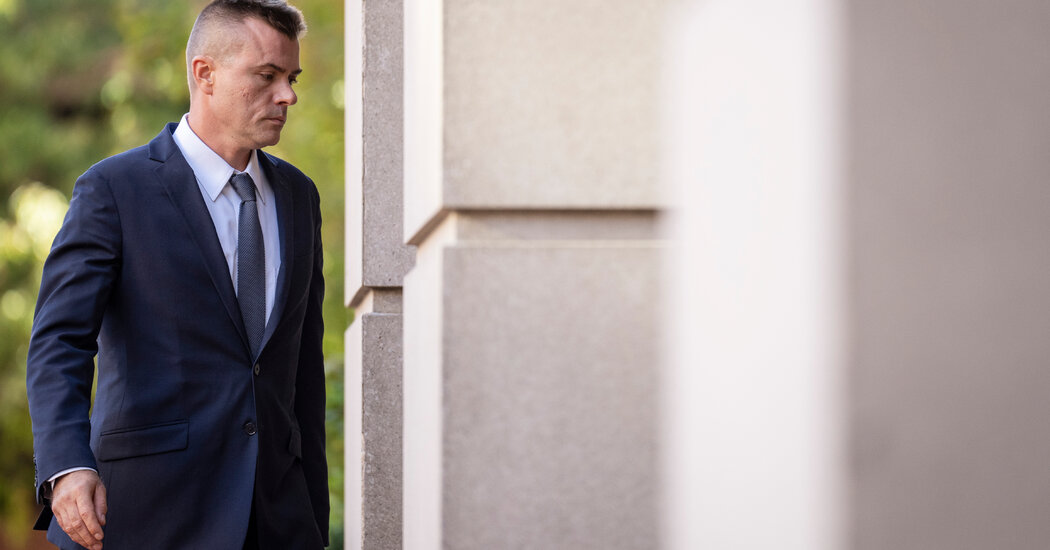 John H. Durham, the special counsel who investigated the Russia inquiry for more than three years, failed to develop any cases that resulted in convictions. 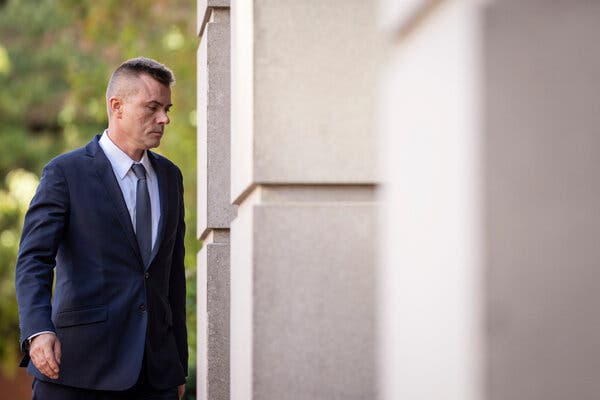 Two F.B.I. agents have testified that Igor Danchenko, who became a paid confidential source, had provided the bureau with valuable information.Credit…Drew Angerer/Getty Images

By Charlie Savage and Linda Qiu

WASHINGTON — Igor Danchenko, an analyst who provided much of the research for a notorious dossier of unproven assertions and rumors about former President Donald J. Trump and Russia, was acquitted on Tuesday on four counts of lying to the F.B.I. about one of his sources.

The verdict was a final blow to the politically charged criminal investigation by John H. Durham, the special counsel appointed by Attorney General William P. Barr three years ago to scour the F.B.I.’s inquiry into the Trump campaign’s ties to Russia for any wrongdoing.

Mr. Trump and his supporters had long insisted the Durham inquiry would prove a “deep state” conspiracy against him, but despite pursuing various such claims, Mr. Durham never charged any high-level government officials.

Instead he developed two cases centered on the narrow charge of making false statements in outside efforts to scrutinize purported links between Mr. Trump and Russia. He crammed the indictments with extraneous material and insinuations that he thought Democrats had sought to frame Mr. Trump for collusion with Russia, though he did not charge any such conspiracy.

While the cases were not as expansive as Trump supporters had expected, they nevertheless provided more fodder for grievances about the Russia investigation. But once the cases reached courtrooms, they both crumbled.

The first accused Michael Sussmann, a cybersecurity lawyer with ties to Democrats, of lying to the F.B.I. when he shared a tip about possible cyberlinks between Mr. Trump and Russia. It ended in an acquittal in May.

And even before the jurors unanimously found Mr. Danchenko not guilty after deliberating for a day, the judge overseeing the trial, Anthony Trenga, took the extraordinary step last week of acquitting him on a fifth such count. The prosecution had failed to produce sufficient evidence for that charge to even go to the jury, he said.

Mr. Durham expressed disappointment in the verdict on Tuesday, issuing the same statement he had shared after Mr. Sussmann’s trial in May. “We respect the jury’s decision and thank them for their service,” he said.

Stuart Sears, a lawyer for Mr. Danchenko, said the prosecution had been “a nightmare” for his client and his family.

“We have known all along that Igor Danchenko was innocent and we are glad the American public knows that now too,” he said.

During closing arguments in both the Sussmann and Danchenko cases, defense lawyers pointed to evidence they said showed that Mr. Durham and his team had lost their way, ignoring signs of serious flaws in their cases because they were so intent on convicting someone.

“I submit to you that if this trial has proven anything, it’s that the special counsel’s investigation was focused on proving crimes at any cost as opposed to investigating whether any occurred,” Mr. Sears said on Monday.

The prosecutorial results Mr. Durham produced in his three and a half years of investigating the Trump-Russia inquiry stood in contrast to what had been the highest-profile act of his career, when he led a special investigation of the C.I.A.’s Bush-era torture of terrorism detainees and destruction of videos of interrogation sessions.

At the time, Mr. Durham had set a high bar for charges and for releasing information related to the investigation. Throughout his 2008-2012 investigation, he found no one he deemed worthy of indictment even though two detainees had died in the C.I.A.’s custody, and he fought a Freedom of Information Act lawsuit to avoid disclosing to the public his findings and witness interview records.

The Danchenko trial is likely to be Mr. Durham’s last courtroom act as a prosecutor. He is also expected to submit a final report to the Justice Department this year.

The original accusations against Mr. Danchenko, an analyst who was born in Russia and is now based in the United States, centered on two of his sources for the so-called Steele dossier, a compendium of political opposition research that asserted that Mr. Trump’s 2016 campaign was conspiring with Russia.

The dossier was indirectly funded by Hillary Clinton’s 2016 campaign and the Democratic National Committee. They paid a law firm, which paid a research firm, which in turn subcontracted to a firm run by Christopher Steele, a former British spy. Mr. Steele hired Mr. Danchenko to canvass contacts in Russia and Europe about Mr. Trump’s dealings in Russia.

BuzzFeed published the document in January 2017, and it attracted widespread attention — particularly a salacious claim about a purported blackmail tape. But it became clear that it was not credible, in part because Mr. Danchenko himself told the F.B.I. that Mr. Steele had exaggerated his research, presenting uncorroborated speculation as fact.

Mr. Trump and his supporters have frequently — and falsely — sought to conflate the dossier with the official investigation into Mr. Trump’s ties to Russia. But a 2019 inspector general’s report established that the F.B.I. officials who opened the inquiry did not know about the dossier at the time, and the final report by the special counsel, Robert S. Mueller III, did not cite anything in it as evidence.

The F.B.I. did, however, include portions of the dossier in applications to wiretap a former foreign policy adviser for the Trump campaign. The inspector general report sharply criticized the F.B.I. for failing to tell the court in renewal applications that Mr. Danchenko had provided a reason to doubt the dossier’s credibility.

Mr. Danchenko cooperated extensively with the F.B.I., testimony during the trial showed. At first, he discussed how he had learned the rumors while researching for Mr. Steele, and he later helped the bureau uncover unrelated Russian influence operations inside the United States. The bureau made him into a paid confidential informant.

But Mr. Durham accused Mr. Danchenko of lying to the F.B.I. about two things.

The first charge was denying that he had “talked” to Charles Dolan, a lobbyist with ties to Democrats, about material in the dossier. In a somewhat equivocal statement, Mr. Danchenko said he had not. But Mr. Durham uncovered an email in which Mr. Dolan had conveyed a minor claim about office politics in the Trump campaign that appeared in the dossier.

An F.B.I. agent testified that what Mr. Danchenko said was literally true, since they had communicated about that particular rumor in an email. The judge acquitted Mr. Danchenko of that charge last week.

The remaining four charges centered on Mr. Danchenko’s assertions that he received a call in July 2016 from a man who did not identify himself, but who Mr. Danchenko thought might have been Sergei Millian, a former president of the Russian-American Chamber of Commerce. The two agreed to meet, but the man never showed, Mr. Danchenko said.

At the trial, prosecutors tried to cast doubt on whether any such call had happened and, if it did, whether Mr. Danchenko really believed at the time that it was Mr. Millian. But the evidence was insufficient to persuade the jury.

Mr. Durham’s failure to secure convictions leaves his inquiry with only one courtroom achievement, but it was developed by different investigators.

Mr. Durham’s team negotiated a guilty plea that resulted in no prison time for an F.B.I. lawyer who admitted doctoring an email used in a wiretap renewal application. But the inspector general’s inquiry uncovered that problem, gathered the evidence, and made the criminal referral.

In his closing arguments on Monday, Mr. Durham denied that his appointment by Mr. Barr had been political and appeared to offer a broad defense of his investigation, asking the jury to revisit the origin of his work.

Mr. Mueller’s report, Mr. Durham said, “concludes there’s no evidence of collusion here or conspiracy. Is it the wrong question to ask, well, then how did this get started?”

While Mr. Mueller did not find sufficient evidence to charge any Trump associate in a criminal conspiracy with Russia, his report detailed “numerous links between the Russian government and the Trump campaign” and established that each expected to benefit from the other.

And the inspector general report already showed how the Trump-Russia investigation started: After Moscow hacked Democratic emails and gave them to WikiLeaks, a foreign diplomat shared that a Trump campaign adviser had previously bragged about an apparent offer by Russia to anonymously release information damaging to Hillary Clinton.

Both the Sussmann and Danchenko cases produced a parallel criticism of Mr. Durham and his team: that in pursuing charges, they damaged national security.

In the Sussmann matter, the Durham team brought intense pressure upon a group of cybersecurity experts who had generated the tip Mr. Sussmann conveyed to the F.B.I., which involved odd internet data they thought might suggest hidden communications between Mr. Trump and Russia. (The F.B.I. briefly looked at the data but dismissed their suspicions.)

Lawyers for the data scientists said internet experts routinely tell the government about online security threats, but that Mr. Durham’s tactics would discourage people from speaking up in the future.

In the Danchenko matter, an F.B.I. agent who was Mr. Danchenko’s handler testified that his network of contacts had offered unique insights into malign Russian influence operations the bureau had been unaware of. The agent, Kevin Helson, said the F.B.I. had established a squad based on Mr. Danchenko’s reporting.

Mr. Helson added that other agents still ask him to relay questions to Mr. Danchenko, but he could no longer follow up with him.

“Because the special counsel indicted him?” Mr. Sears asked.