When Sri Lanka slid into its worst economic crisis in seven decades leading to deadly riots and alarming shortages of fuel, food and medicines earlier this year, its giant northern neighbour stepped into the breach.

India provided about $4 billion in rapid assistance between January and July, including credit lines, a currency swap arrangement and deferred import payments, and sent a warship carrying essential drugs for the island’s 22 million people.

Now, as Sri Lanka closes in on a $2.9 billion loan deal from the International Monetary Fund (IMF) and its economy stabilises, India is seeking to land ambitious long-term investments, with an eye on countering the influence of regional rival China, a government minister and three sources said.

“What we are looking at right now is investment from them,” Sri Lankan Foreign Minister Ali Sabry said in an interview this month, referring to a range of projects worth over $1 billion currently under discussion that would help bolster India’s presence in Sri Lanka. “They’re willing to invest as much as it takes.”

“India is probably strategically looking at that…because of their security concerns,” Sabry said.

India’s foreign ministry did not respond to questions from Reuters on its plans and strategic aims in Sri Lanka.

Regional security would always be a focus for New Delhi, a source with knowledge of the matter told Reuters, at a time of persistent friction with China along their Himalayan frontier.

“There are no two ways about security concerns,” the source said, asking not to be named because of the sensitivity of the issue. “In terms of long-term engagement, it is investment that is being focused on.”

Besides seeking Indian investments to set up renewable energy and power projects in the north of the island, Sri Lanka is also keen to work with New Delhi on expanding and developing the harbour at Trincomalee in the northeast into a major port, several officials said.

Taking advantage of northern Sri Lanka’s proximity to India, these projects could help New Delhi balance China’s extensive infrastructure projects in the south of the island that have been built up over the last 15 years.

The talks, and the scale of Indian aid this year that far exceeds other donors, underline New Delhi’s efforts to claw back influence in the island located just a few miles off its southern tip along busy waterways linking Asia to Europe.

In late June, a fortnight before tens of thousands of angry Sri Lankans took to the streets and forced President Gotabaya Rajapaksa to flee the country, India’s top diplomat flew into the island nation’s main city of Colombo for meetings.

Foreign Secretary Vinay Kwatra, who was accompanied by officials from India’s finance ministry, met Rajapaksa and Prime Minister Ranil Wickremesinghe, among others.

In their conversations with the Sri Lankan leadership, Kwatra and other Indian officials flagged China’s position as a key geopolitical concern, according to a Sri Lankan government source with direct knowledge of the discussions.

The source, who declined to be named because he was not authorised to speak to the press, said China’s huge role in the island’s economy, which had mushroomed under previous Rajapaksa administrations, was troubling India more than anything else.

Details of the June meeting have not previously been reported.

Kwatra and the Indian and Sri Lankan foreign ministries did not respond to questions from Reuters on the June meetings.

In a statement released immediately after Kwatra’s visit, the Indian foreign ministry said that talks had mainly focused on economic issues, including deepening investments. It made no mention of China.

New Delhi has long been concerned about China’s clout in its neighbourhood, including Nepal, Bangladesh and Sri Lanka. Sensitivities have been heightened, and diplomatic relations frayed, since Indian and Chinese troops clashed along a remote Himalayan border in 2020, leaving dozens of soldiers dead.

“We understand that it is their prerogative to look after their security,” Sabry said, referring to India. “And as far as Sri Lanka is concerned, we don’t want to contribute to any escalation of tension between any countries.”

China, meanwhile, has engaged with the Sri Lankan government on debt restructuring that is required for the IMF deal to go through, besides sending shipments of medicine, fuel and rice.

“We are willing to work with relevant countries and international financial institutions to continue to play a positive role in helping Sri Lanka,” China’s foreign ministry said in response to written questions from Reuters.

The ministry said it did not have details of India’s assistance and investment in Sri Lanka and that its own support of Sri Lanka was “not targeted at third parties”.

Violent protests broke out as tens of thousands of people took to the streets and stormed government buildings.

The president fled the country in July, and resigned. By then, Sri Lanka finally engaged with the IMF and the two sides have since struck a preliminary $2.9 billion loan deal.

But it was Indian assistance that helped Sri Lanka buy time.

“Sri Lanka has clearly benefited from being the closest neighbour to the most powerful country in the region. It is also in India’s interest to ensure stability in its backyard.”

In October, Wickremesinghe – who took over as president in July after Rajapaksa quit – unveiled a blueprint for Trincomalee, which has a natural deep-water harbour, including a proposal to work with India to develop a strategic port there besides setting-up a new industrial zone and an energy hub, according to details released by his office.

India and Sri Lanka are also in preliminary discussions on an undersea cable to connect the power grids of both countries and a fuel pipeline from southern India’s mainland to northern Sri Lanka – projects that could together cost at least $4 billion, according to officials on both sides.

In the energy sector, India’s state-run NTPC is working on a 100-megawatt solar power plant in Sampur in Trincomalee district after the two countries signed an agreement in March.

Off the northwestern coast, ONGC Videsh Limited (OVL), the overseas arm of Delhi’s state-run Oil and Natural Gas Corporation, has set its sights on exploration licences, and has had multiple discussions with Sri Lankan authorities who are finalising regulations ahead of inviting bids from global companies, two Sri Lanka energy ministry officials said.

Both asked not to be named because discussions were ongoing.

Adani, NTPC and OVL did not respond to questions from Reuters on their projects in Sri Lanka.

The push for oil and gas exploration was part of the discussions in June, the source with knowledge of the talks said.

Foreign Minister Sabry said the Sri Lankan government was keen on capitalising on India’s growing economic prowess, particularly through renewable energy and infrastructure projects, while maintaining key relationships with other major allies, including China and Japan.

In July and August, the regional rivals became embroiled in a diplomatic spat over a Chinese military survey ship, Yuan Wang 5, that stopped at southern Sri Lanka’s Hambantota port.

At that time, Indian Foreign Ministry Spokesman Arindam Bagchi said that although India had given “unprecedented” support to Sri Lanka during the economic crisis, New Delhi would not back down from its security needs.

Despite India’s crucial help during the financial crisis this year, Sri Lanka still needs China – one of its biggest creditors – to agree to a debt restructuring plan, along with India and Japan, to clinch the IMF loan deal, Sri Lankan officials said.

“So I don’t think even India or anybody expects Sri Lanka not to work with China. To be fair by them, none of them have asked us.” 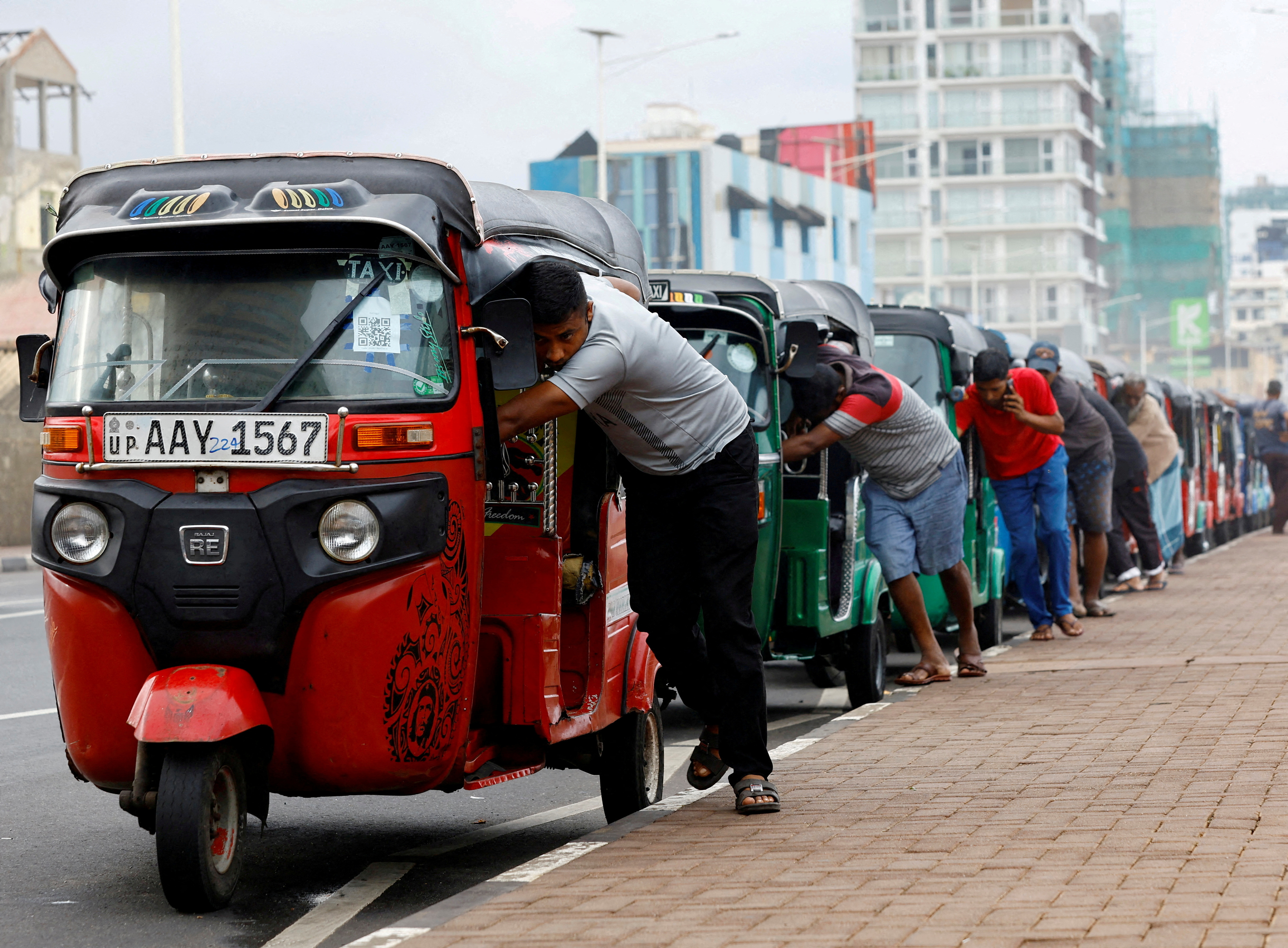 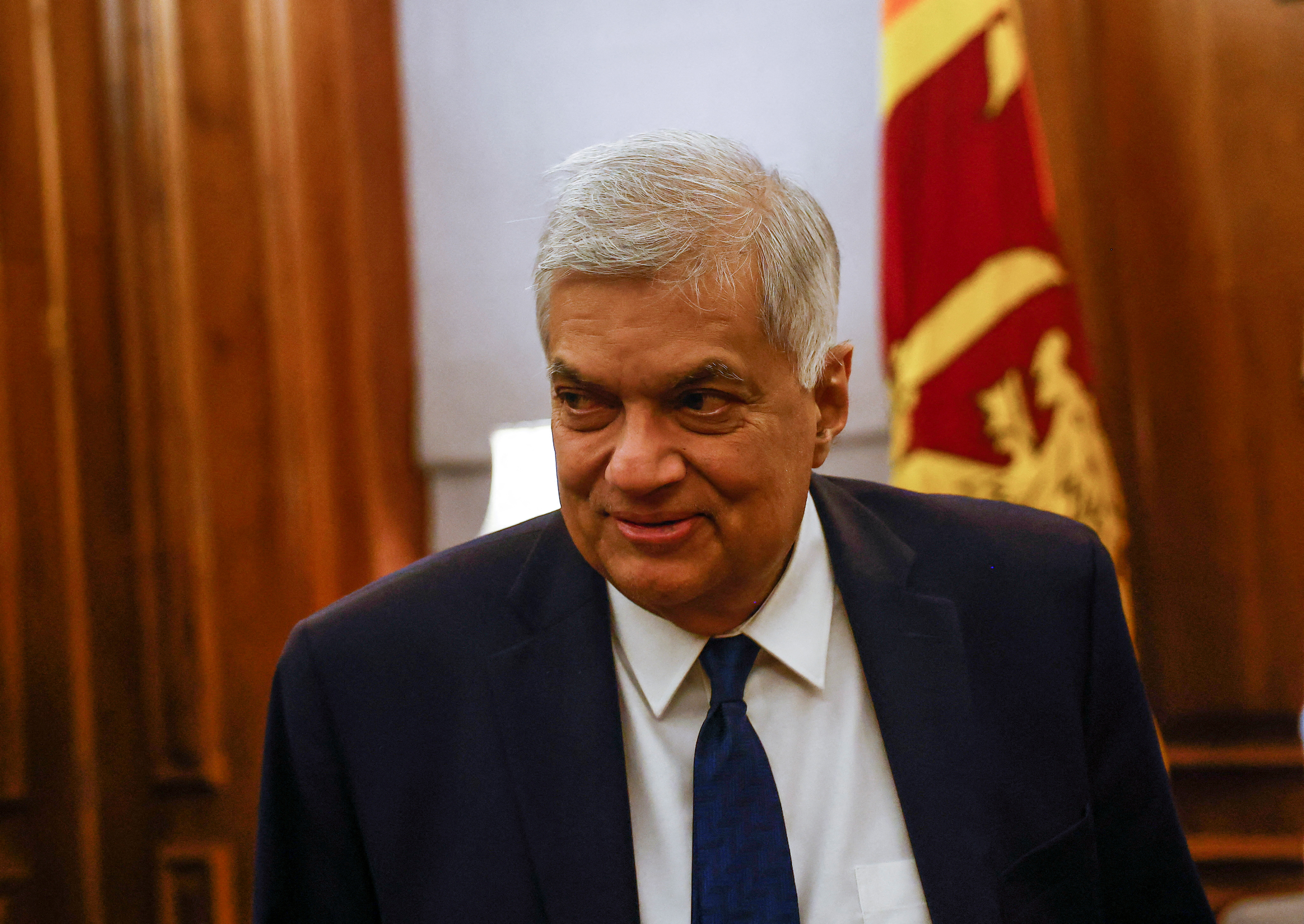 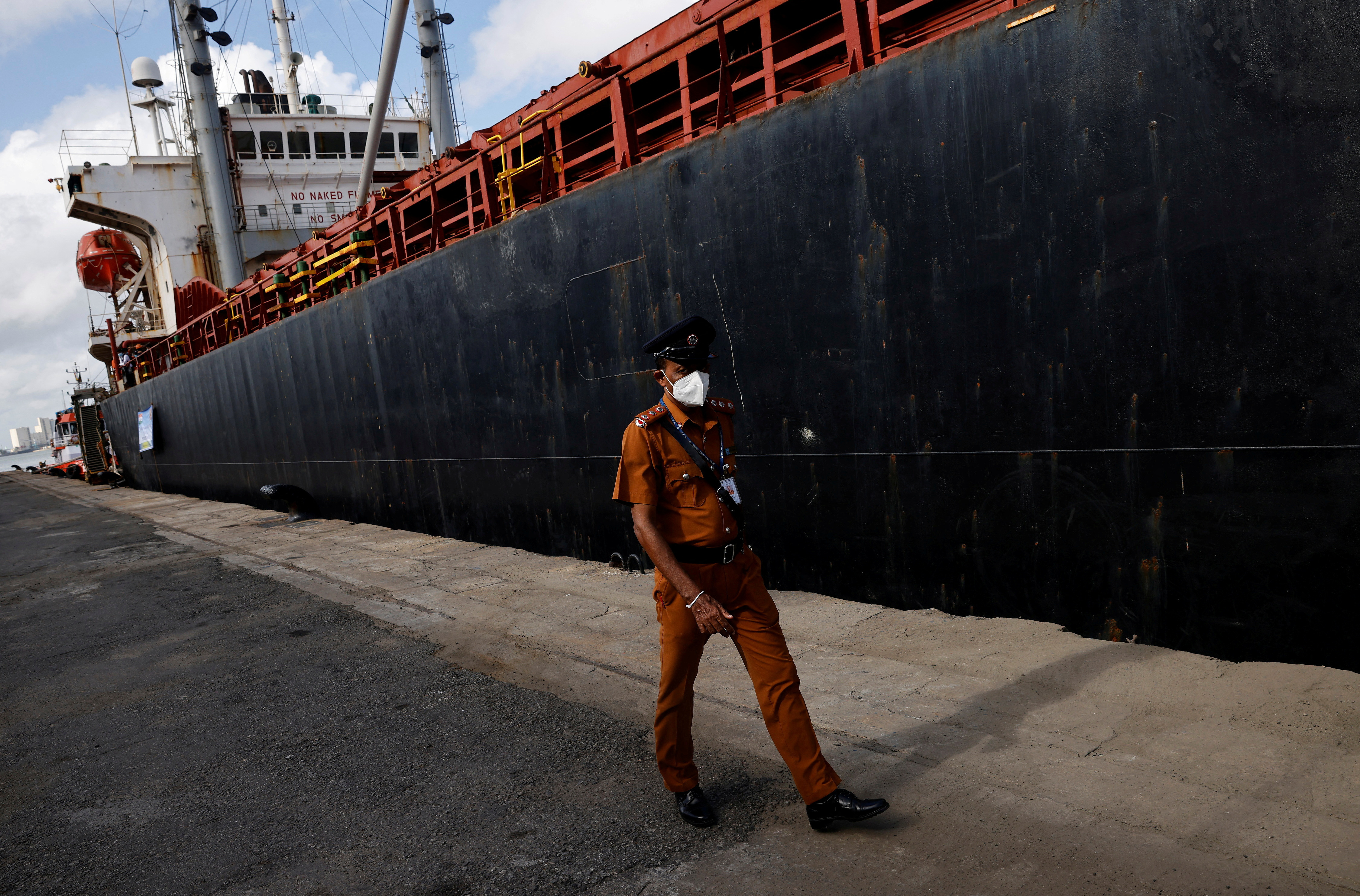