An Iranian chess player arrived in Spain on Tuesday after receiving what a source close to her said were warnings not to return to Iran for competing without a hijab at an international tournament in Kazakhstan.

The source, who did not want to be named due to the sensitivity of the matter, said Khadem subsequently received multiple phone calls in which individuals warned her against returning home after the tournament, while others said she should come back, promising to “solve her problem”.

The source also said Khadem’s relatives and parents, who are in Iran, had also received threats, without giving further details.

Iran’s foreign ministry did not immediately respond to a request for comment on the case.

Khadem, who is also known as Sarasadat Khademalsharieh, arrived in Spain on Tuesday, the source said.

She has not responded to Reuters request for comment. Newspapers including Le Figaro and El Pais reported last week that Khadem would not be returning to Iran and moving to Spain.

The phone calls led to organisers deciding to provide security with the cooperation of Kazakh police, resulting in four bodyguards being stationed outside Khadem’s hotel room, the source said.

Iran has been swept by demonstrations against the country’s clerical leadership since mid-September, when 22-year-old Iranian Kurdish woman Mahsa Amini died in the custody of morality police who detained her for “inappropriate attire.”

Laws enforcing mandatory hijab wearing have become a flashpoint during the unrest, with a string of sportswomen competing overseas appearing without their headscarves in public.

Khadem is ranked 804 in the world, according to the International Chess Federation website. The website for the Dec. 25-30 event listed her as a participant in both the Rapid and Blitz competitions.

The protests mark one of the boldest challenges to Iran’s leadership since its 1979 revolution and have drawn in Iranians from all walks of life.

Women have played a prominent role, removing and in some cases burning headscarves, while protesters have taken heart from what they have seen as shows of support from both female and male Iranian athletes.

(This story has been refiled to remove duplicate paragraphs.) 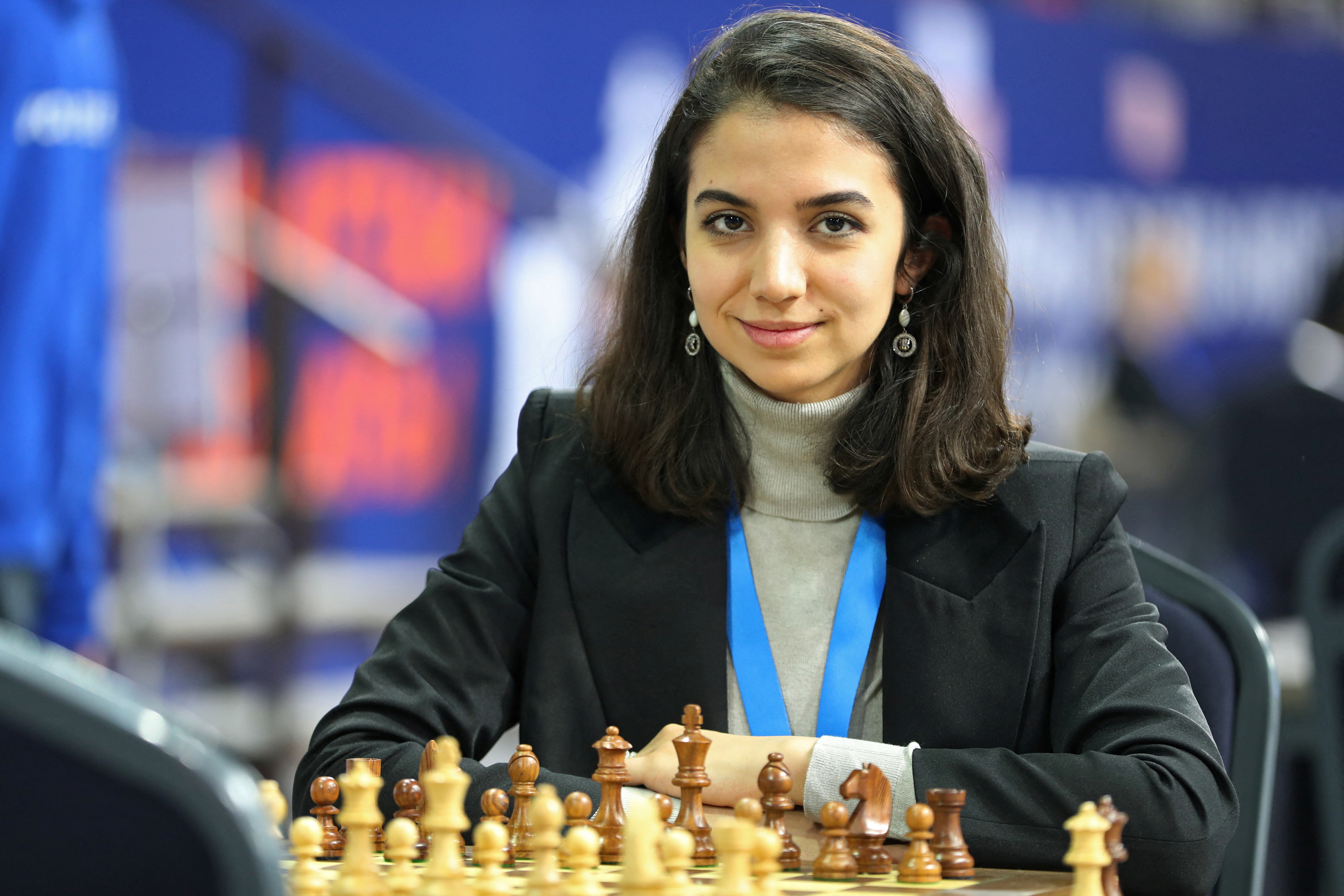 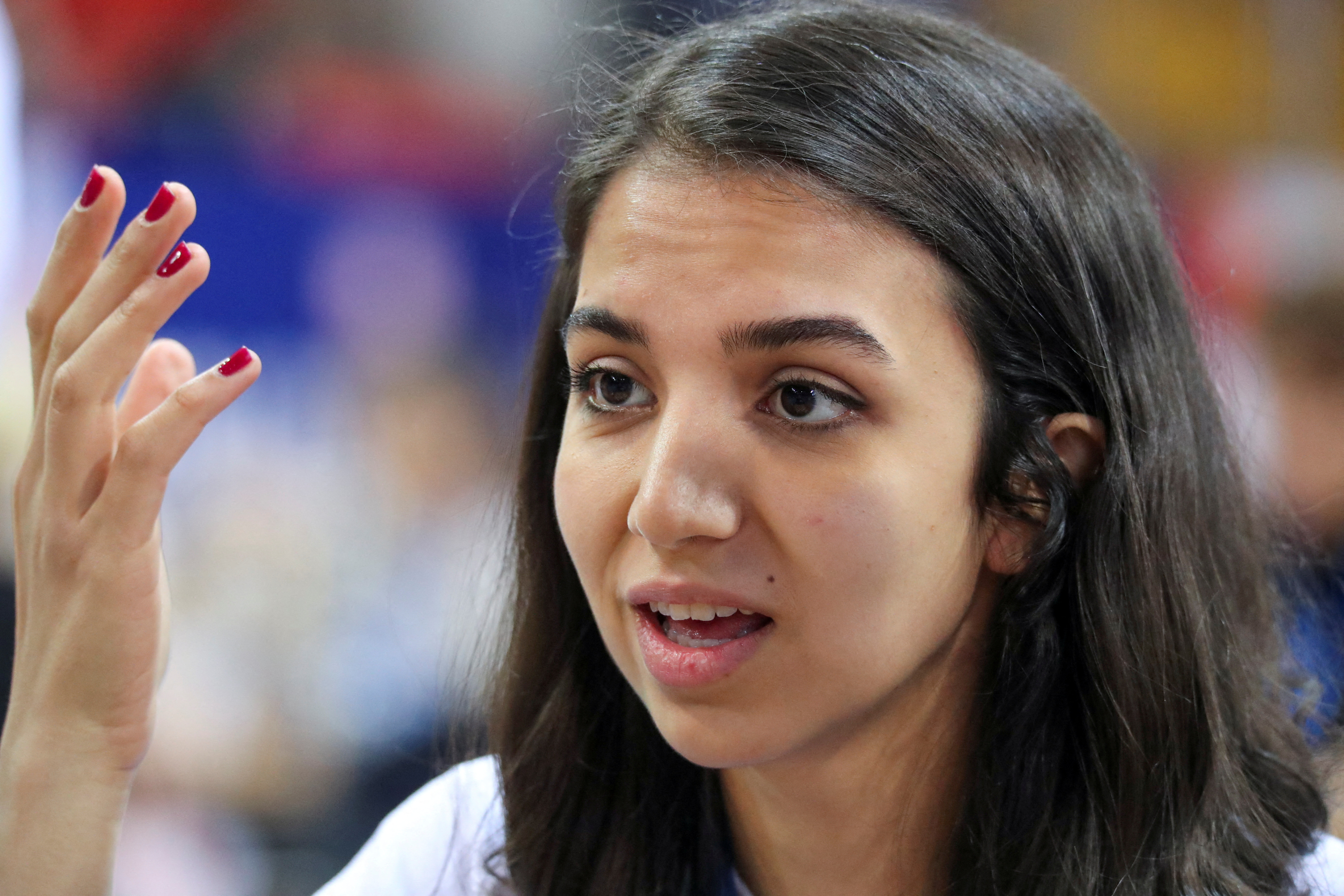 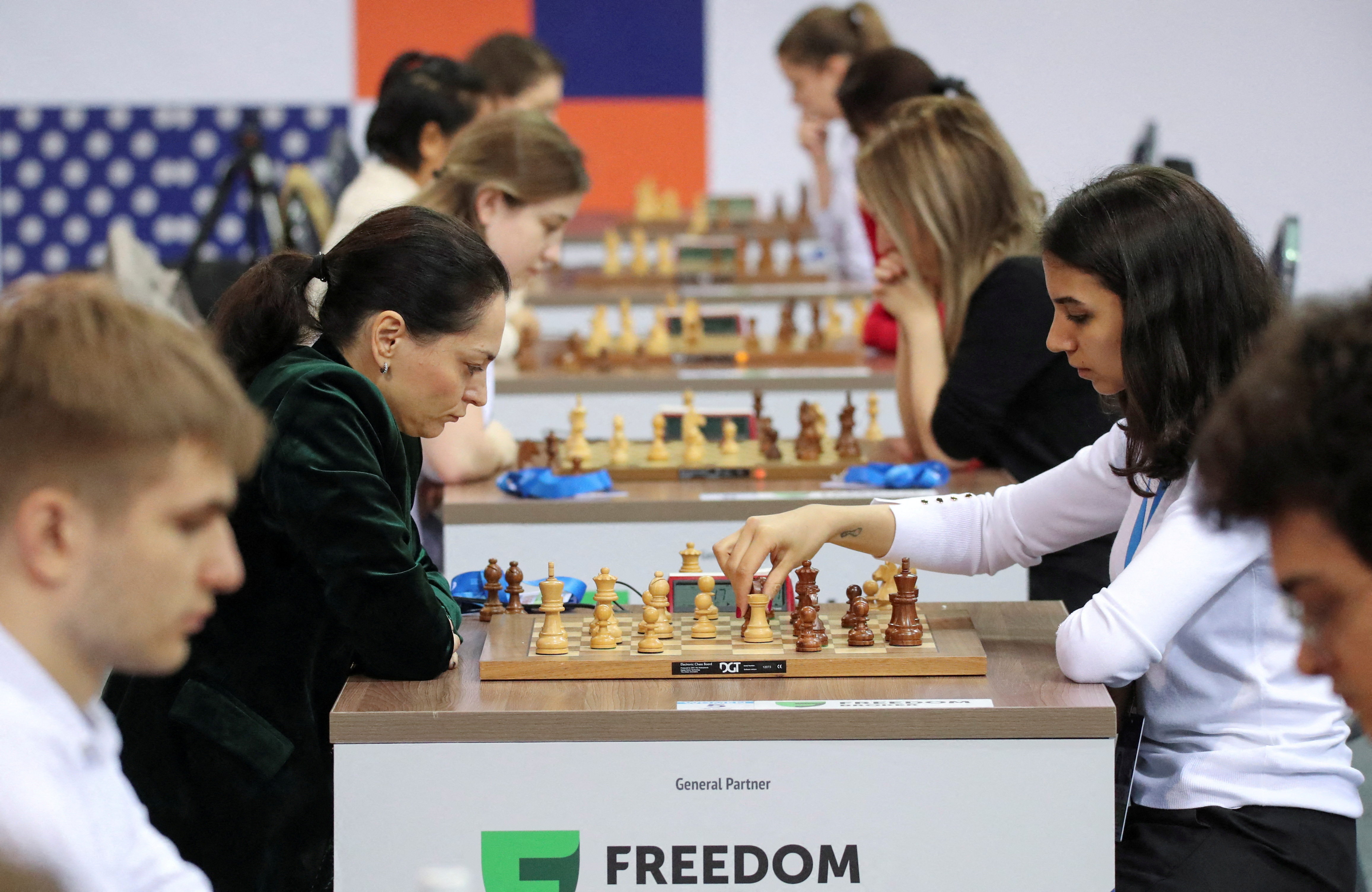