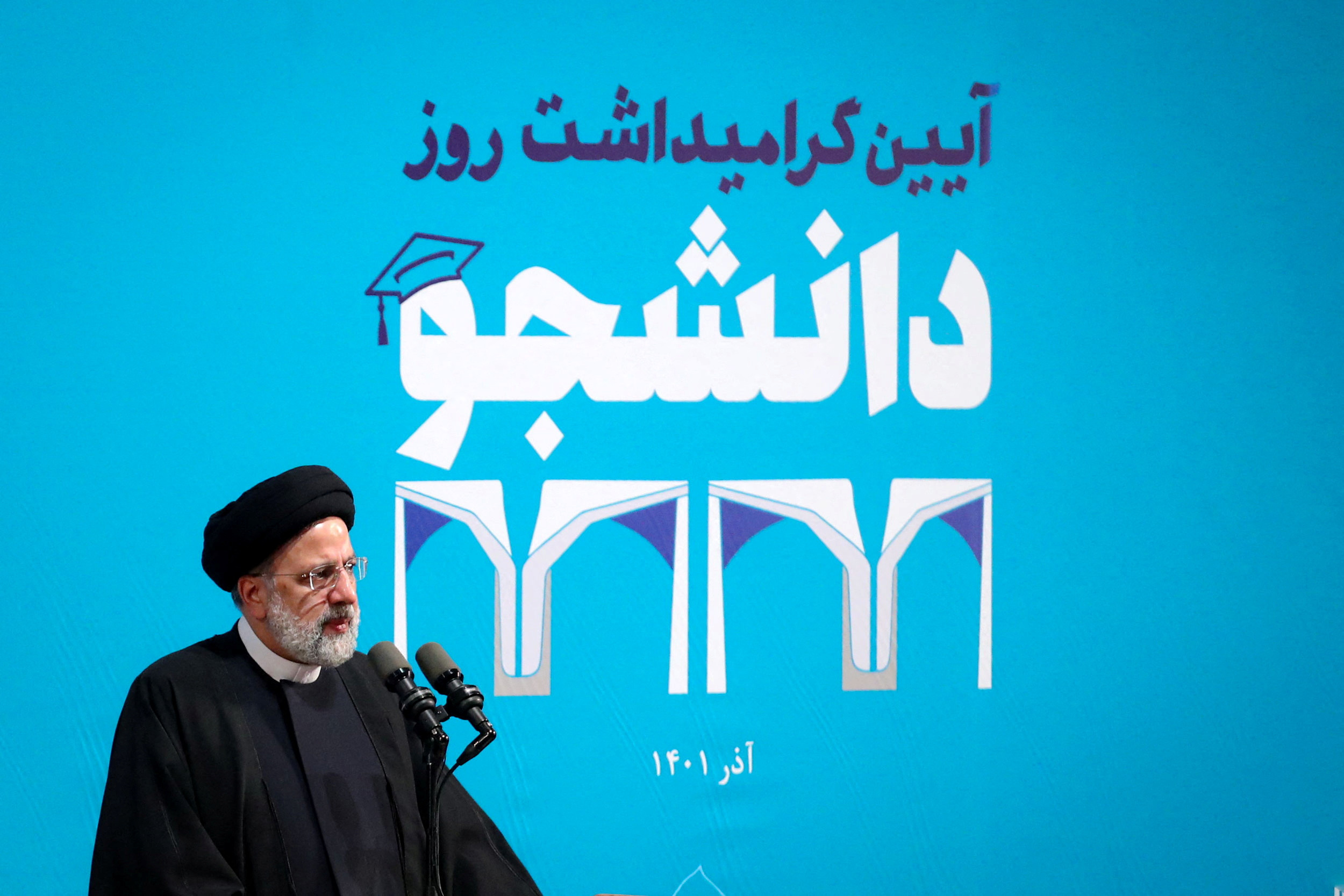 Iranian President Ebrahim Raisi vowed on Friday to press on with a security crackdown on protesters a day after the execution of a man over recent anti-government unrest that drew a chorus of Western condemnation.

Nationwide protests that erupted after the death in police custody of 22-year-old Kurdish Iranian woman Mahsa Amini on Sept. 16 pose one of the biggest challenges to theocratic rule in Iran since the 1979 Islamic Revolution.

“The identification, trial and punishment of the perpetrators of the martyrdom (killing) of security forces will be pursued with determination,” Raisi said at a ceremony honouring security forces killed during protests, according to state media.

On Thursday, Iran hanged Mohsen Shekari, who had been convicted of injuring a security guard with a knife and blocking a street in Tehran, the first such execution after thousands of arrests over the unrest.

State media published a video of what it said was Shekari’s confession where he appears with a bruise on his right cheek. He admitted to striking a member of the Basij militia with a knife and to blocking a road with his motorbike alongside one of his friends.

In a Friday prayers sermon, hardline cleric Ahmad Khatami said: “We thank the judiciary for sending the first rioter to the gallows.”

Iran’s foreign ministry rejected Western criticism of rights abuses during the crackdown as meddling in Iran’s internal affairs and in violation of international law.

“Under the slogan of supporting human rights or women’s rights, (Western countries) incite and promote violence against the integrity of the nation and Iran’s national security,” ministry spokesperson Nasser Kanaani said in a statement carried by state media.

Amnesty International has said Iranian authorities are seeking the death penalty for at least 21 people in what it called “sham trials designed to intimidate those participating in the popular uprising that has rocked Iran”.

Iran has blamed the unrest on its foreign foes including the United States, although protesters have come from all walks of life in the Islamic Republic and have drawn public support from prominent cultural and sports figures as well as a sister and a niece of Supreme Leader Ayatollah Ali Khamenei.

Germany on Friday condemned the execution, called on Tehran to immediately end its violence against protesters and confirmed it had summoned the Iranian ambassador in Berlin.

Britain announced sanctions on Friday against 30 people worldwide, including officials from Russia, Iran and Myanmar it deems responsible for human rights abuses or corruption.