DUBLIN (Reuters) -An Irish soldier was shot and killed on a U.N. peacekeeping mission in Lebanon and a second was in a critical condition after a “hostile” crowd surrounded their armoured vehicle, Ireland’s defence minister said on Thursday. 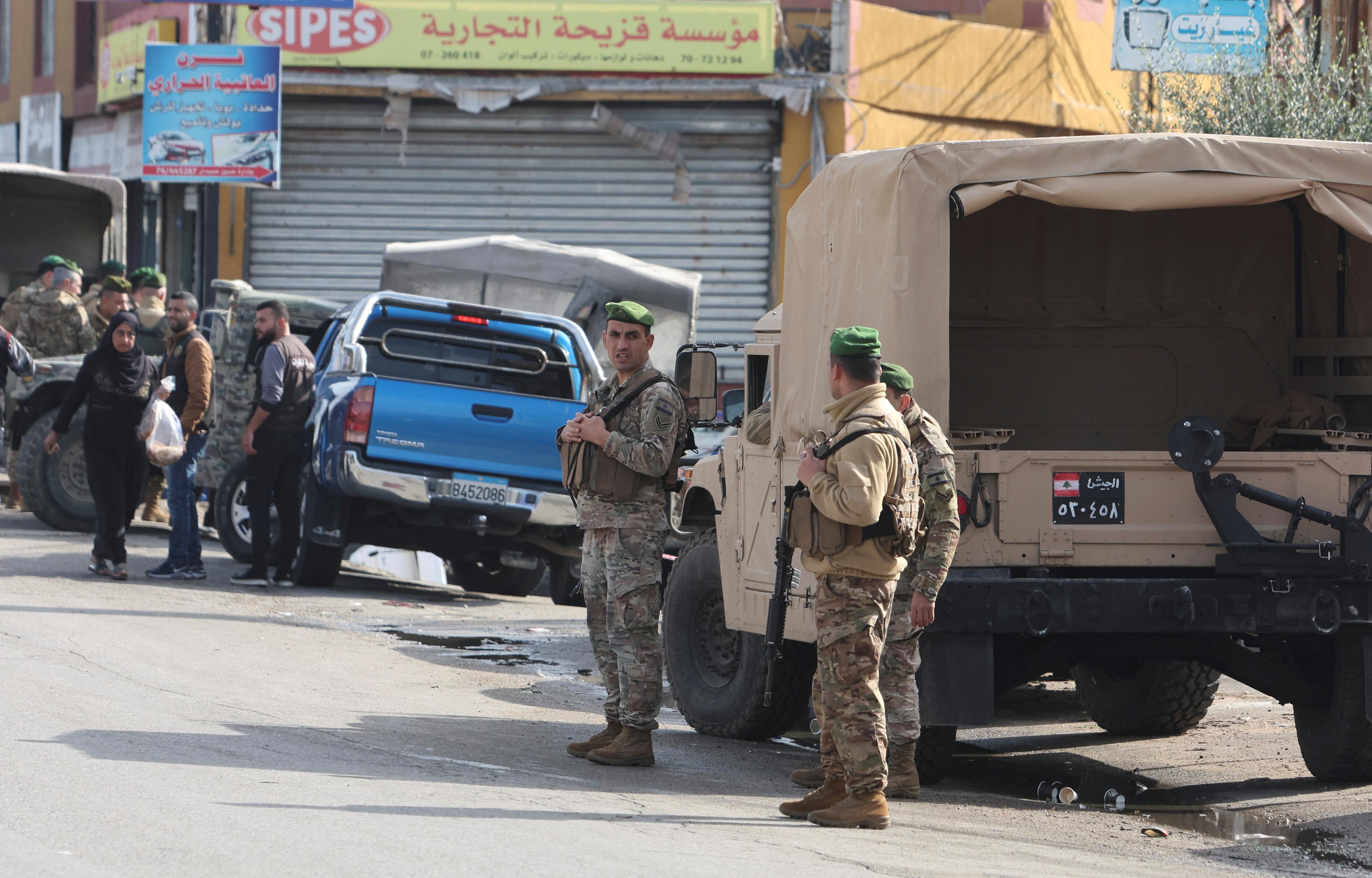 The soldiers, part of the United Nations Interim Forces in Lebanon (UNIFIL), were on what Simon Coveney, who is also Ireland’s foreign minister, said was considered a standard run from UNIFIL’s area of operations in south Lebanon to Beirut when the incident happened in Al-Aqbieh late on Wednesday.

“The two armoured vehicles effectively got separated. One of them got surrounded by a hostile mob, I think that’s the only way you could describe them, and shots were fired. Unfortunately, one of our peacekeepers was killed,” Coveney told Irish national broadcaster RTE.

“This was not expected, yes there has been some tension on the ground between Hezbollah forces and UNIFIL in recent months but nothing like this.”

The convoy carrying eight personnel was travelling to Beirut as two of the members were returning to Ireland on compassionate leave following the death of family members, Irish defence forces chief of staff Seán Clancy told RTE.

The second soldier remains in a critical condition in a U.N. managed hospital having undergone surgery, Clancy said.

The two other soldiers in the vehicle are being treated for minor injuries while the remaining four personnel from the other vehicle were not injured.

The U.N. peacekeeping mission in Lebanon said it was coordinating with the Lebanese armed forces and had launched an investigation.

“At the moment, details are sparse and conflicting,” UNIFIL said in a statement.

Lebanon’s caretaker premier Najib Mikati expressed his deep regret over the incident and called for an investigation, urging all parties to “show wisdom and patience”.

The Lebanese army offered its condolences but did not give additional details on the incident.

A senior Hezbollah official said an “unintentional incident” had led to the death of an Irish soldier on a U.N. peacekeeping mission in southern Lebanon, saying the armed group was not involved.

Wafiq Safa told Reuters his party offered its condolences “after the unintentional incident that took place between the residents of al-Aqbieh and individuals from the Irish unit,” and urged the party not be “inserted” into the incident.

Coveney, in New York for a U.N. Security Council meeting, said he will meet U.N. Secretary General António Guterres later on Thursday to discuss the incident.

Irish peacekeepers have been in Lebanon since 1978 and it is the first Irish fatality there in two decades, Coveney said.

“We’re all very shocked and deeply saddened, it is a reminder to us of the extraordinary sacrifices that our peacekeepers make on a constant basis,” Irish Prime Minister Micheál Martin told reporters in Brussels.