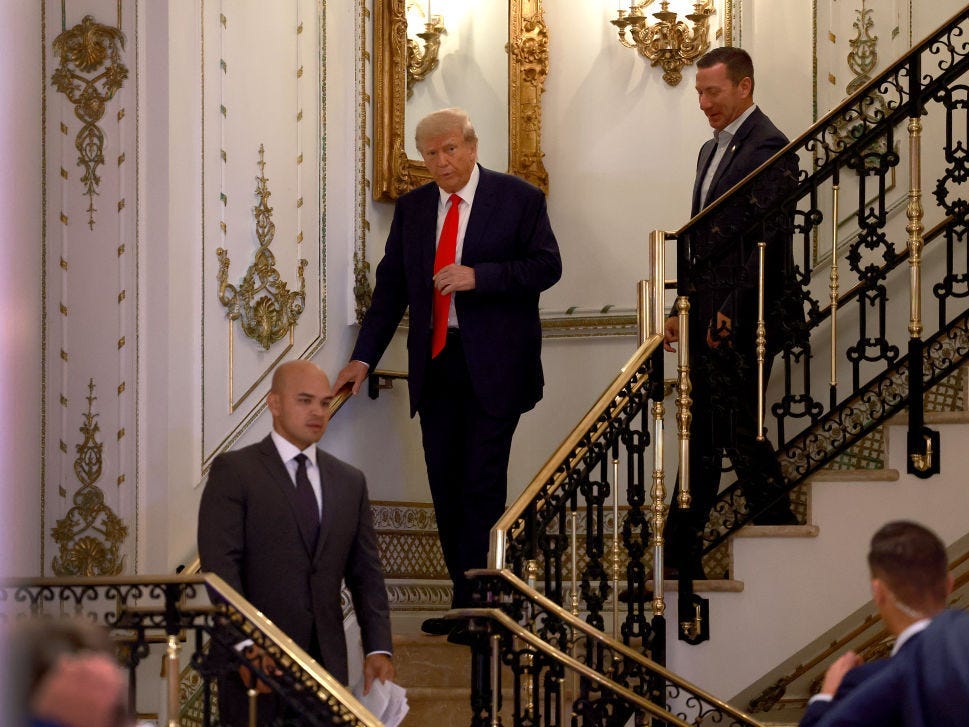 Donald Trump walks down a set of stairs during an election night event at Mar-a-Lago on November 08, 2022 in Palm Beach, Florida.

Despite an internal policy that mandates the review of presidential finances, the IRS failed to audit former President Donald Trump during the first two years of his presidency.

The House Ways and Means Committee on Tuesday voted to publish redacted versions of Trump’s tax returns, sharing a summary report prior to the complete release of the documents that revealed the Internal Revenue Service’s failure.

“The individual tax returns for the President and the Vice President are subject to mandatory review and will be closed directly to the ’employee audit reviewer’ in Baltimore Employee Audit Contacts,” the internal IRS policy reads, indicating the specific process by which the audit should be conducted and how it should be monitored.

The preliminary report on Trump’s taxes indicated the IRS only began to audit the former president after a request to view his taxes was submitted by Rep. Richard Neal, the committee’s Democratic chairman, in 2019.

Though it may be days before the redacted set of documents, which contain returns from 2015 to 2020, will be released to the public, the disclosure of Trump’s tax filings will end a years-long legal battle surrounding his finances.

In 2016, as he bucked tradition and became the first president since Richard Nixon to decline to publicly disclose his tax documents, Trump said he would do so after a “routine audit” was completed. The preliminary report on his taxes contradicts that any such audit was conducted.

Representatives for the IRS and Trump did not immediately respond to Insider’s requests for comment.

Home » Audio Sources - Full Text Articles » The IRS failed to audit Trump during his first two years in office, despite internal policy that mandates a review of presidential finances
a