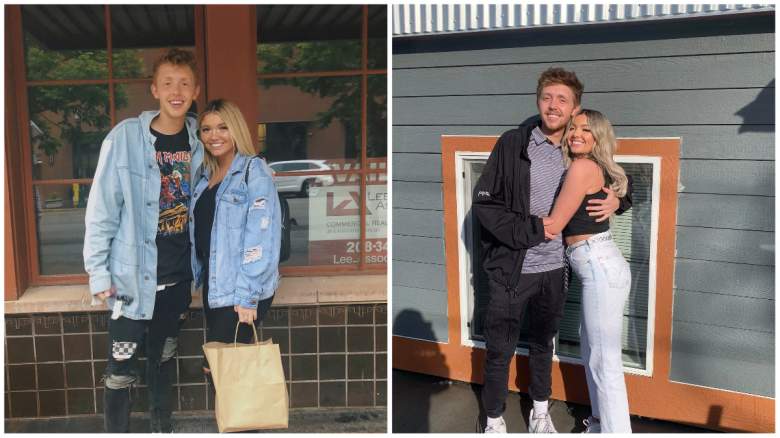 Jack DuCoeur is the ex-boyfriend of University of Idaho murder victim Kaylee Goncalves.

Goncalves and victim Madison Mogen, two of the murdered University of Idaho students, called DuCoeur a combined 10 times shortly before the homicides.

However, Goncalves’ family has staunchly defended DuCoeur, saying he has nothing to do with it.

Goncalves, Mogen, and their roommate Xana Kernodle and Kernodle’s boyfriend Ethan Chapin were all stabbed to death inside an off-campus residence on November 13, 2022. The killing remains unsolved.

Asked whether Jack DuCoeur has been cleared in the murders, the police chief said the following in a news conference on November 20, 2022: “Everything that we have taken from those calls, we have followed up on, we have cleared, and we believe there is no connection there.” That comment came after a journalist’s question; earlier in the news conference, the chief listed a group of people who have been cleared (the former roommates, the private driver who took them home) but did not mention DuCoeur.

On November 23, 2022, police wrote, “At this time in the investigation, detectives do not believe the male Kaylee and Madison attempted to contact numerous times on November 13th is involved in this crime.”

Here’s what you need to know:

Goncalves’ sister revealed the information to “Inside Edition.” She did not give the last name for Jack. It’s also not clear why Goncalves and Mogen called Jack.

However, The New York Times later reported that the Jack the young women called was Jack Ducoeur.

Police Chief James Fry said in a November 20, 2022, press conference that the murders have shaken the community. He called it a “complex and terrible” crime that would take time to resolve.

Moscow police Capt. Roger Lanier said in the news conference that on the evening of November 12, Goncalves and Mogen were at a local bar and then a food truck in downtown Moscow, arriving home at 1:45 a.m. Kernodle and Chapin arrived home from a frat party at the same time. At 1 a.m., the two surviving roommates returned from other places in the community and did not wake up for some time.

The 911 call was made just before noon and was placed by the phone of one of the surviving roommates. The cause and manner of death was homicide by stabbing. It was likely they were all asleep during the attack. Each was stabbed multiple times, and some had defensive wounds. There was no sign of sexual assault.

Investigators have determined two areas of interest in the city, canvassing them for additional surveillance video and tips.

According to Lanier, the two surviving roommates, a male seen at the food truck wearing a white hoodie, a private party who provided rides home to Kaylee and Madison in the early morning hours. “Additionally, the identity of the 911 caller and the 911 call have not been released,” Lanier said.
He said investigators were aware that multiple phone calls from Kaylee and Madison phones to a male.

They were not tied and gagged. Detectives seized the contents of three dumpsters but did not find anything. Detectives have not located a weapon.

Police said the “totality of the circumstances” leads them to believe it’s a targeted crime but they aren’t able to say who was targeted specifically because of the ongoing investigation.

They don’t believe the 911 caller was the killer.

The newspaper quoted Kaylee’s sister as saying the couple had recently broken up amicably. Also a student at the University of Idaho, he did not answer because he was sleeping and the girls did not call anyone else, the sister told The Times.

They grew up together. The sister said it wasn’t unusual for Kaylee to call people late at night.

Alivea Goncalves’ said Kaylee’s family “stand behind Jack 100 percent and know he absolutely had nothing to do with this at all.”

3. Goncalves Filled Her Facebook Page With Pictures of DuCoeur, Whose Parents Say She Would Have Eventually Married; Police Say the Outgoing Calls Are Part of the Investigation

In a statement, Moscow police wrote, “Detectives are aware of multiple phone calls from victims Madison and Kaylee to a male. This information is part of the ongoing investigation.”

“We are supporting him, and we know in our hearts and our minds and our souls and the depths of our soul, Jack is hurting,” Kaylee’s mom told Fox.

Although her Instagram page showcased her with friends, on Facebook, old photos show she was very close with DuCoeur.

They went boating, to sporting events, and more.

4. DuCoeur & Goncalves Were Both From Coeur d’Alene, Idaho

DuCoeur Posted a Picture Jack Ducoeur, who posted a photo with her on Facebook. His Facebook page says he went to Lake City High School, lives in Moscow, Idaho, and is from Coeur d’Alene, Idaho.

Police are still searching for a suspect or suspects in the slayings of the four University of Idaho students – Goncalves, Mogen, Xana Kernodle and Ethan Chapin.

Authorities have said they believe the murders occurred between 3 a.m. and 4 a.m. in the Moscow home Goncalves and Mogen shared with other students.

Goncalves posted pictures with a man named Jack on Instagram, but it’s not clear whether that’s the Jack she called, either.

5. The Five Students Were Stabbed to Death in Their Beds But the Motive Is Not Clear 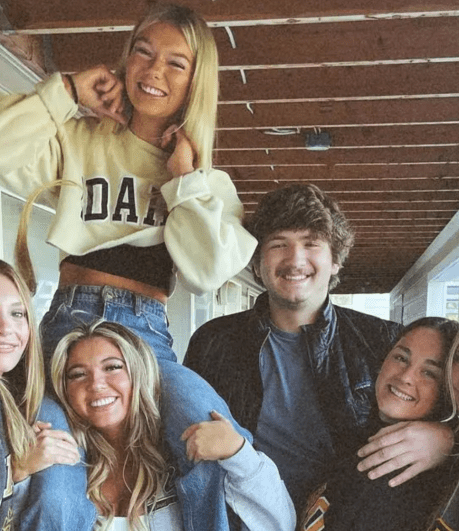 The mayor Art Bettge, told Fox News that the motive is not clear and could range from a “burglary gone wrong” to a “crime of passion.”

The four victims were found stabbed to death on November 13, 2022, in the off-campus home.

Authorities said all of the students died of homicide. Thus, a murder-suicide is not a viable theory. They were all stabbed to death while in bed.

The coroner said they were likely asleep when attacked, according to News Nation Now.

On November 18, 2022, Moscow police gave additional details about the bar and party attended by the victims the night of their murders. They wrote:

**Update** Through further investigation, MPD learned Kaylee and Madison used a private party for a ride home from Grub Truck at approximately 1:40 a.m.

The Moscow Police Department is providing the following information to update the public on the known facts surrounding the four murders that occurred on November 13th in Moscow, Idaho.

On the evening of November 12th, Kaylee Goncalves and Madison Mogen were at a local bar called The Corner Club at 202 N. Main Street, in downtown Moscow, between 10 p.m. and 1:30 a.m. on November 13th. At approximately 1:40 a.m., Kaylee and Madison were seen on video at a local food vendor called the ‘Grub Truck’ at 318 S. Main Street and used a private party for a ride home from downtown to arrive at their 1122 King Road residence at 1:45 a.m.

Investigators have determined that Ethan Chapin and Xana Kernodle were seen at the Sigma Chi house on the University of Idaho Campus at 735 Nez Perce Drive. At approximately 1:45 a.m., Ethan and Xana are believed to have returned to the residence at 1122 King Road. It was previously reported that Ethan resided at the home; however, it has been determined that he was only visiting.

Two other roommates were at the residence that night.

On November 13th, at 11:58 a.m., officers responded to the residence after a 911 call reported an unconscious individual. Upon arrival, officers discovered Kaylee, Madison, Xana, and Ethan deceased inside the residence.

Autopsies were conducted on November 17th. The Latah County Coroner confirmed the identity of the four murdered individuals and their cause and manner of death as homicide by stabbing. The coroner stated that the four victims were likely asleep, some had defensive wounds, and each was stabbed multiple times. There was no sign of sexual assault.

At this time in the investigation, detectives do not believe the two surviving roommates or the male in the Grub Truck surveillance video are involved in this crime. Additionally, online reports of the victims being tied and gagged are not accurate. The identity of the 911 caller has not been released.

As part of the investigation, detectives seized the contents of three dumpsters on King Road to locate possible evidence. Additionally, detectives have contacted local businesses to determine if a fixed-blade knife had been recently purchased.

At the time of this release, detectives have received nearly 500 tips which are being processed, investigated, and cleared. Thirty-eight interviews have been conducted with individuals who may have information about the murders. Anyone with information about this crime is asked to call 208-883-7180 or tipline@ci.moscow.id.us.

The Moscow Police Department is utilizing assistance from the Idaho State Police, the Federal Bureau of Investigation, and the Latah County Sheriff’s Office.

Currently, there are no suspects in custody, and the weapon has not been found.

Anyone who observed suspicious behavior, has video surveillance, or can provide relevant information about these murders, is asked to call the Tip Line at 208-883-7180 or email tipline@ci.moscow.id.us.

The Moscow Police Department thanks our community for their continued support, understanding of the limited information we can share, and patience during this difficult time.

Police later released another update. They revealed that they do not believe the private party who drove the girls was involved, and they say the 911 call was placed with one of the roommates’ phones. “Detectives confirm the victims were located on the second and third floors of the residence,” they wrote.

READ NEXT: More on the Idaho Victims.