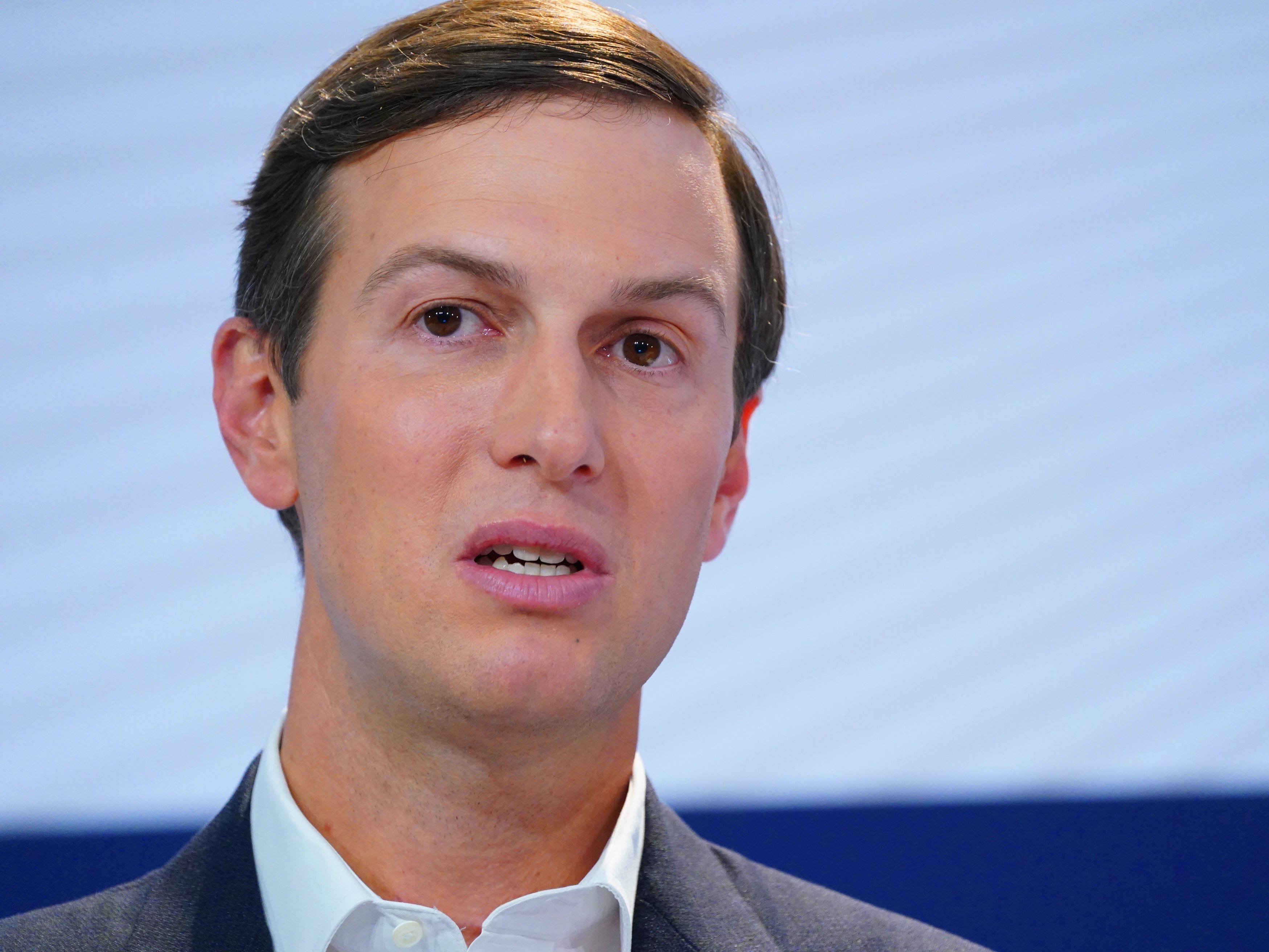 Jared Kushner speaks at The 2022 Concordia Annual Summit in New York on September 20, 2022.

Jared Kushner ordered that the incoming Biden administration be excluded from COVID-19 planning in the aftermath of the 2020 election, a former aide said.

Alyssa Farah Griffin made the claim in an interview with the House select committee investigating the Capitol riot, according to a newly released transcript.

Farah Griffin told the panel that Kushner shot down the a suggestion to include President Joe Biden’s transition team in planning discussions after the election had been called for Biden, per the transcript.

At the time, Trump was angrily refusing to concede defeat, and hyping his baseless theory that the election had been stolen. Though he left office in January 2021, he continues to claim he won the 2020 vote.

In the transcript, Farah Griffin described former COVID Task Force coordinator Dr. Deborah Birx asking whether they should be “looping” the incoming Biden transition in.

“Jared just said, ‘Absolutely not,'” Farah Griffin told the panel. “And then we just moved on.”

Farah Griffin’s allegation, which was first reported by The Independent, is the first to directly put blame for the stonewalling on Kushner.

Biden officials complained at the time that the Trump administration was refusing them access to COVID-19 data in the weeks after the election.

Biden also said that week that Trump officials were harming the US by denying them access, per The New York Times.

“If we have to wait until January 20 to start that planning, it puts us behind,” Biden told reporters, referring to the date of his inauguration. “More people may die if we don’t coordinate.”

In the same speech, Biden pressed the Trump administration to provide more details about the allocation of COVID-19 vaccinations. “The sooner we have access to the administration’s distribution plan, the sooner this transition would be smoothly moved forward,” Biden said, per Politico.

It comes from one of the dozens of witness transcripts released by the January 6 committee in the past week.

Kushner did not immediately respond to Insider’s request for comment.