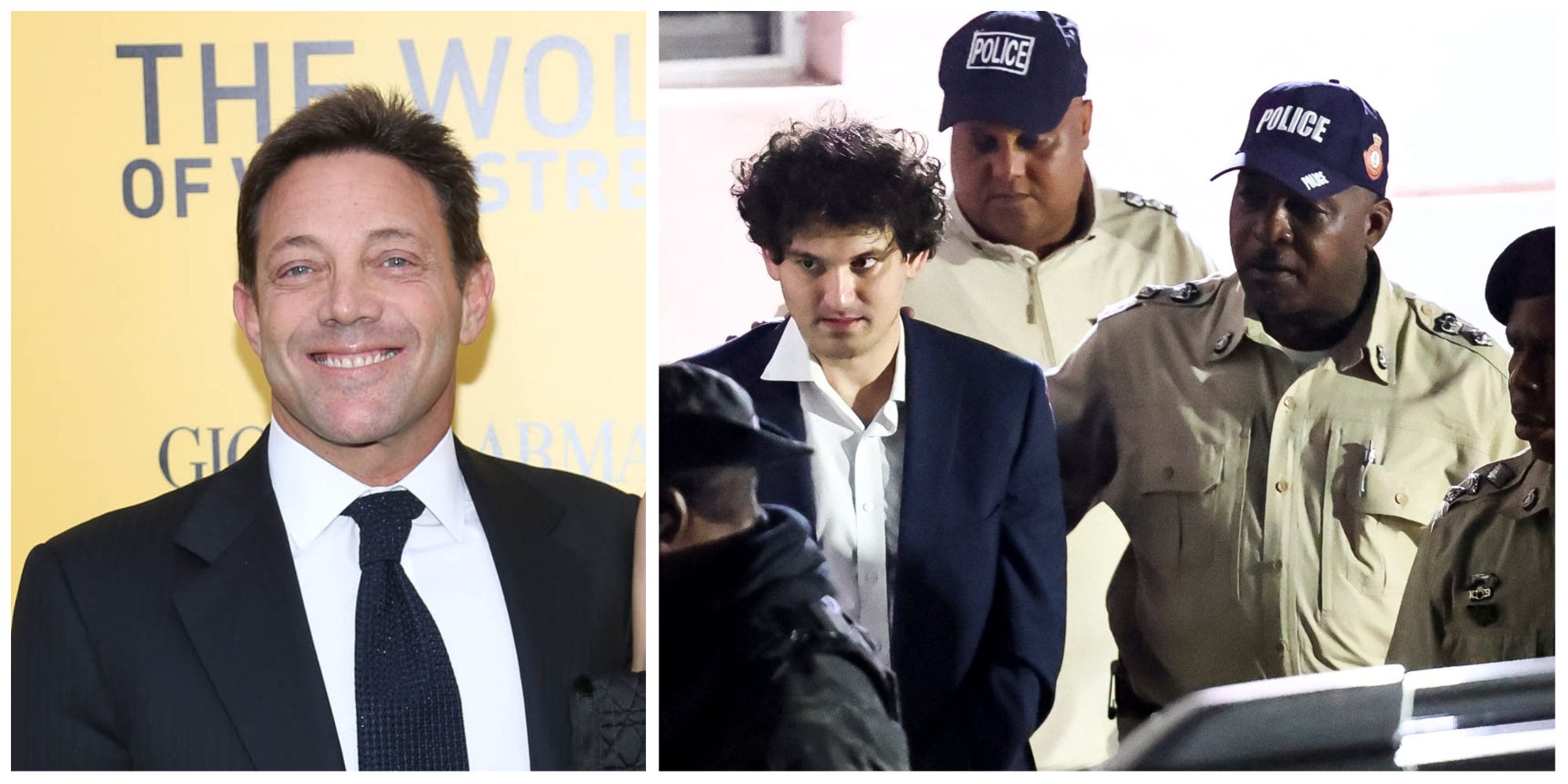 Jordan Belfort, and Sam Bankman-Fried being arrested in the Bahamas on Monday.

Jordan Belfort – better known as The Wolf of Wall Street – didn’t hold back with his criticism of Sam Bankman-Fried during a Fox News interview about the collapse of FTX.

“First of all, he’s gotta shut up,” Belfort said. “This guy has got diarrhea of the mouth.”

Up until his arrest Monday, Bankman-Fried had done several interviews with journalists in the aftermath of the collapse, despite saying his lawyers had told him not to talk.

The Fox News commentator Jesse Watters had asked Belfort if he had any advice for Bankman-Fried to “stay out of trouble in prison.” Bankman-Fried faces eight criminal charges including fraud and money laundering.

Belfort also spoke about his own conviction, having been imprisoned in 1999 for 22 months after running a stock market manipulation scheme.

He suggested Bankman-Fried would get “50 years, or something pretty serious like that.”

On Tuesday, federal prosecutors charged the FTX founder with eight counts, which include wire fraud, money laundering, and conspiracy to defraud the US. They carry a maximum combined sentence of 115 years.

His lawyers argued for $250,000 bail because Bankman-Fried kept to a vegan diet, and took multiple medications such as Adderall.

“The vegan diet, or lack thereof, is the least of his problems,” Belfort said. “It is not fun there, just locked up 23 hours a day, until he ultimately gets sentenced.”

Watters and Belfort also discussed how FTX may have gotten away with fraud for so long, with the latter explaining that it’s impossible to know “unless you can look inside their books.”

However, he also added: “The people that actually did due diligence, they actually should have their heads examined.”

“If I would have walked into this place and taken one look around, it would have taken me five seconds flat to say there is something amiss here.”

Referencing reports that FTX executives were roommates who dated each other, Belfort said: “It’s more like a frat house than a business.”