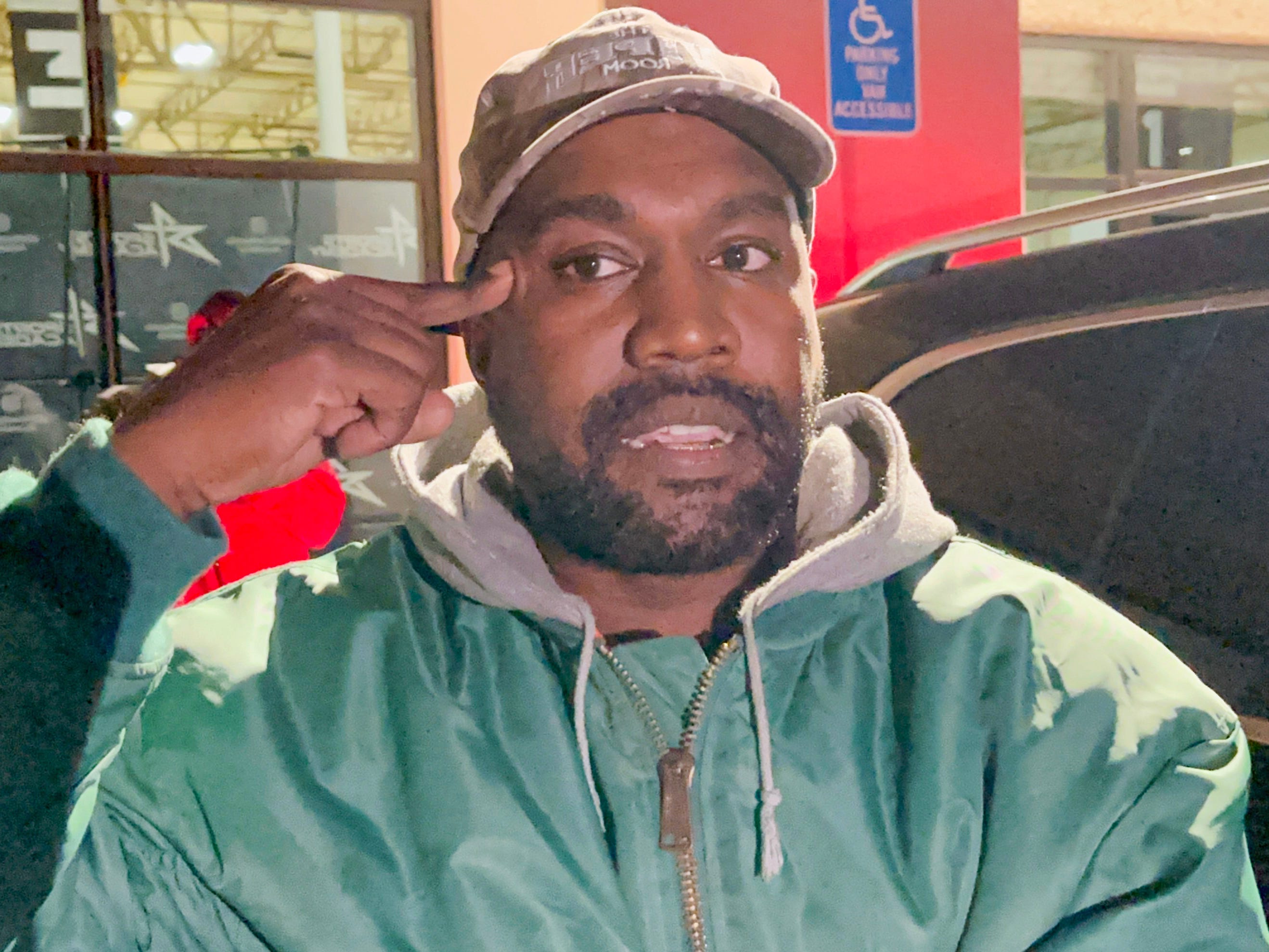 Ye, aka Kanye West, in Los Angeles on October 28.

A lawyerless Kanye West is at risk of losing several lawsuits by default as his legal woes mount.

The rapper, who goes by Ye, continues to ghost his former lawyers and still hasn’t found a new one, court filings reviewed by Insider show.

Meanwhile, lawsuits against him are marching forward. If Ye doesn’t lawyer up, he risks the possibility of losing the cases through default judgments.

In two cases playing out against him in federal court, Ye remains lawyerless and hasn’t communicated with his old lawyers, who were tasked with updating judges about his progress in getting new ones. In another case in Los Angeles county court, lawyers have been trying to track down Ye since October to serve him with a lawsuit.

In a Monday-night court filing for one of the federal cases, Ye’s former lawyers at the firm Greenberg Traurig said they didn’t have any update for the judge about his attempts to hire new lawyers, attributing it to a “breakdown in communications.”

Ye, the filing suggested, has completely shut them out.

The filing came in a class-action lawsuit from hundreds of employees who allege they were overworked and underpaid while working on Ye’s 2019 opera “Nebuchadnezzar.” Filed in a California federal court in June, the lawsuit asks for more than $6 million in damages.

In November, following a series of antisemitic tirades by Ye, Greenberg Traurig asked the judge for permission to withdraw from representing Ye and his companies Very Good Touring and West Brands, which are also defendants in the case.

US District Judge George H. Wu tentatively allowed Greenberg Traurig to withdraw. He said Ye and his companies had until January 12 to get new lawyers.

That deadline is fast approaching, with radio silence from Ye, court filings show.

Wu said that if Ye and his companies failed to get new lawyers by Thursday, he’d issue an order requiring Ye to show why he shouldn’t lose by default.

At that stage, if Ye fails to muster an argument to persuade the judge — or continues to fail to show up altogether — the plaintiffs in the “Nebuchadnezzar” case could move to win the case by default.

What we’ve got here is a failure to communicate

Ye’s former law firm hasn’t made its reasons for withdrawal explicit in court filings, except to say there’s been a “breakdown in communications.”

“We condemn antisemitism and all hate speech or bigotry, which is repugnant to the core values we believe in and live,” the firm told Insider in November. “This firm was founded by individuals who faced discrimination and many of us lost ancestors because of that kind of hate and prejudice. Accordingly, our firm has moved to withdraw from our representations. We will not take on any future matters.”

Neama Rahmani, the president of the Los Angeles-based firm West Coast Trial lawyers, told Insider that communication issues are among the most common reasons lawyers cite in breaking up with clients.

“A ‘breakdown of communications’ just means that you and the client don’t see eye to eye, or they’re not following your legal advice,” Rahmani said. “They want to do something stupid or crazy. That’s something that you do typically see all the time.”

The lawyers at Greenberg Traurig have offered judges additional details about their withdrawals, but those remain under seal. Rahmani said it’s possible Ye has achieved the rare status of a “repugnant” client.

“Even serial killers, even school shooters, they’re entitled to having a lawyer,” Rahmani said. “But this is a classic case where Kanye is so repugnant that courts would grant it on that basis.” 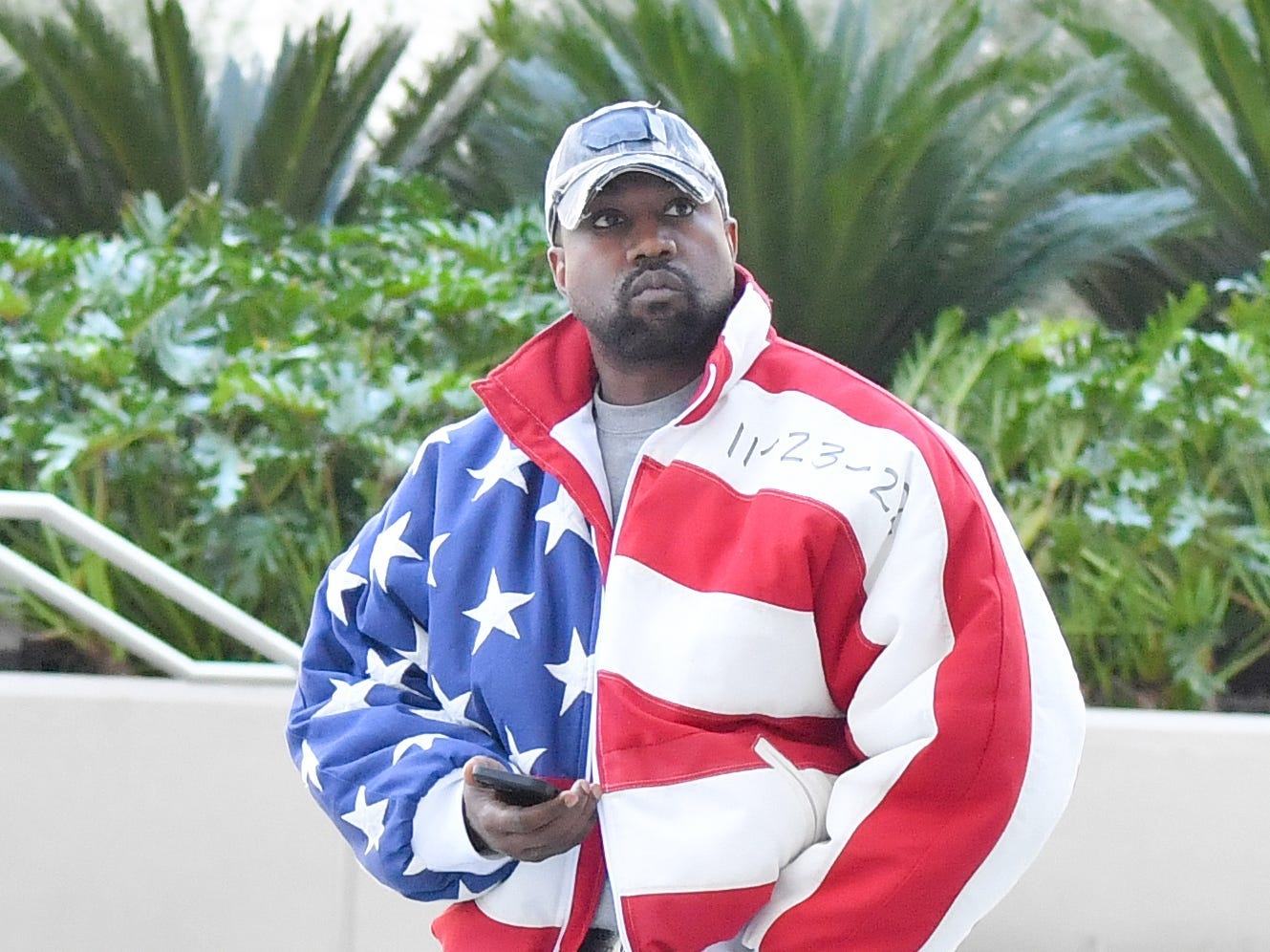 Greenberg Traurig is also dropping Ye in a separate case over allegations of copyright infringement that’s playing out in a Manhattan federal court. It alleges Ye failed to properly clear a sample from another artist’s song on his most recent album, “Donda 2.”

In that case, US District Judge Analisa Torres already allowed the lawyers to withdraw. She asked the firm to serve Ye with her order asking him to get new ones, but filings indicate he’s continued to ghost its lawyers.

Ye could ask for an extension to find new lawyers for these lawsuits, said Jan Jacobowitz, a legal-ethics advisor who was formerly a professor of professional responsibility and ethics at the University of Miami School of Law. But Ye seems to be ignoring the cases altogether. Unlike in criminal cases, the judges aren’t going to appoint public defenders to help him out.

“It is important to note that in our legal system, in a civil case, a client generally does not have an absolute right to representation by a particular lawyer, or any lawyer at all,” Jacobowitz told Insider.

In yet another case, lawyers for a plaintiff trying to sue Ye can’t even find the rapper to serve him papers.

The lawsuit was filed against Ye in October by his former business manager, who alleges he owes $4.5 million in unpaid bills.

Attorneys at the firm Sklar Kirsh said in a court filing on Monday that they hadn’t been able to serve him the lawsuit. Ye doesn’t have any lawyers to receive service on his behalf, and he can’t be reached at several addresses associated with him, they said, asking the judge for an extension.

If the lawyers can’t track down Ye to personally hand him a lawsuit, and if they convince the judge they’ve made every effort to do so, they can resort to what’s known as “service by publication,” Rahmani said.

“It’s kind of crazy. But basically you put an ad in a newspaper and serve by providing notice to the individual that you’re serving,” Rahmani said.

If Ye doesn’t come to court with an answer to the lawsuit, he risks losing it by default.

How to lose a court case without doing anything

In all these cases, Rahmani said, Ye risks what’s known as a “default judgment,” where he fails to sufficiently answer the allegations in each lawsuit and loses them by default.

Ye might be able to scrounge up a defense for each lawsuit by each respective court deadline. But even then, he’d be far from out of the woods.

If the lawsuits move forward, Ye will have to comply with discovery in each case, which means handing over all relevant documentation and records for each lawsuit.

It also means depositions. Ye has famously resisted being deposed; in a deposition for a lawsuit in 2021, he wore a bizarre mask and refused to answer questions. He settled the lawsuit a few months later.

Failing to comply with discovery, Rahmani said, could result in contempt orders and sanctions by the judge overseeing the case. If Ye violates those orders, the judge can hand him an automatic loss, Rahmani said. 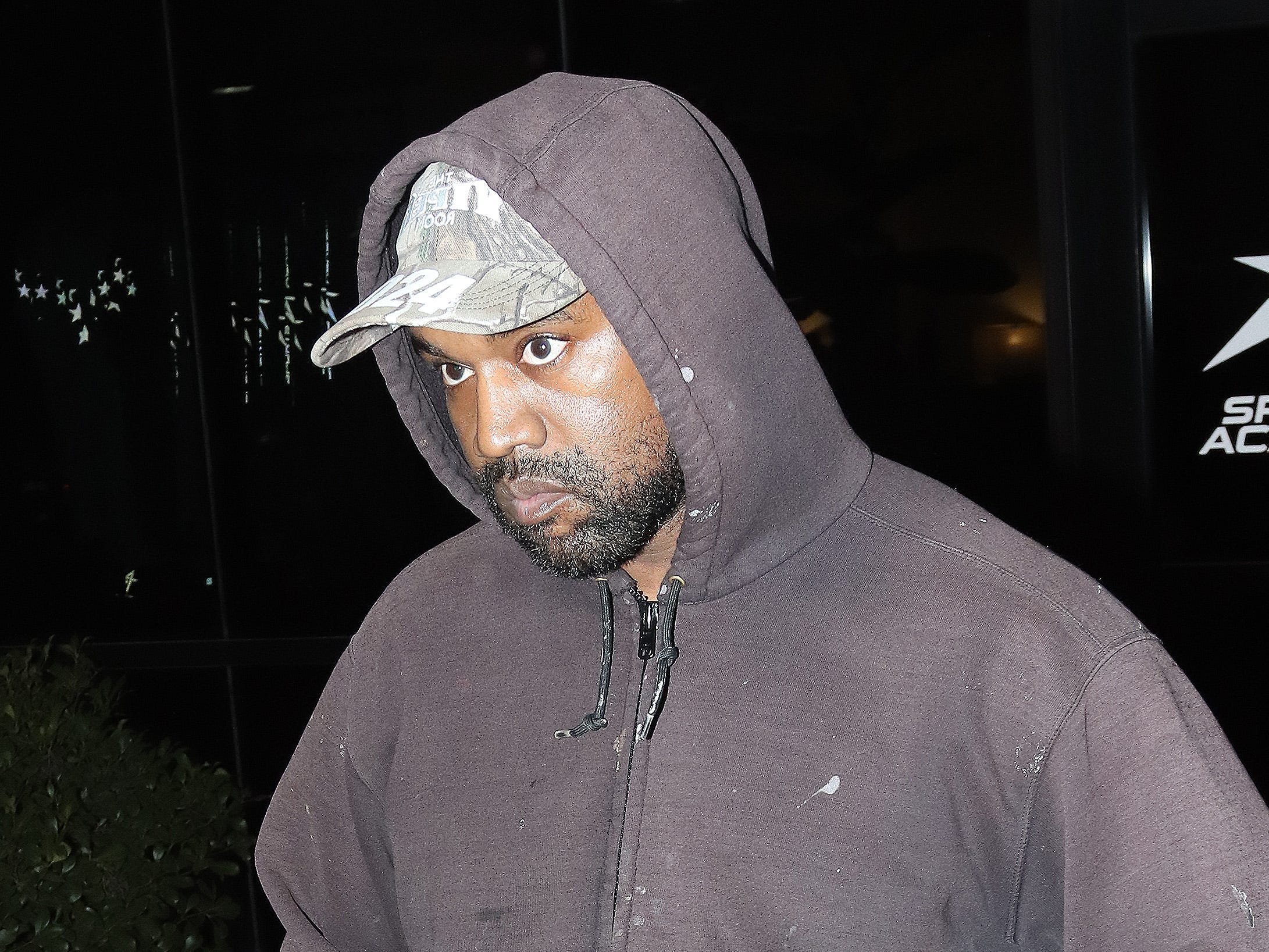 At that point, all that would be left to decide are the damages in the case. The judge would oversee what’s called a “prove-up hearing,” where Ye would have one last shot to argue that he doesn’t owe as much as the plaintiffs say he does.

“The plaintiffs’ lawyers — the people that are suing Kanye — will show up and they’ll argue to the judge as to what the damages are,” Rahmani said.

No matter which way Ye might lose the lawsuits against him, the plaintiffs are going to want their money.

Rahmani said the most common way to enforce a judgment is to garnish wages, though it’s unlikely Ye has the sort of finances where he files a W-2. The plaintiffs could also ask authorities to instruct banks to withdraw money from Ye’s bank accounts and to attach liens on his properties, Rahmani said.

If Ye wanted to discharge or negotiate those debts, Rahmani said, he could always declare bankruptcy. Any judgments, however, would have to compete with tax authorities. Ye has said he owes $50 million to the IRS. Documents obtained by NBC News indicate he also owes about $600,000 to California tax authorities.

If Ye does get to the stage where he complies with discovery, he still risks losing the cases at trial. A jury might not be so friendly to someone who doesn’t even show up to defend his case.

“If Kanye doesn’t show up at trial, then it’s really just up to a jury to decide what to do with that,” Rahmani said.

Home » Audio Sources - Full Text Articles » Kanye West still doesn’t have lawyers, and it could cost him millions of dollars in lawsuit losses
a