Kosovo re-opened its biggest border crossing with Serbia on Thursday, hours after protesting Serbs in its north promised to remove roadblocks, easing a surge in tensions that has alarmed world powers.

Both the European Union and the United States have been pressing Kosovo and Serbia to step back from a mounting confrontation that has seen Serbia put its army on the highest combat alert.

Serbs in northern Kosovo, who have been erecting roadblocks since Dec. 10 in protest at the arrest of a former Serb policeman – the latest in a long series of flashpoints – agreed to start taking them down after he was moved to house arrest.

Many of the roadblocks still appeared to be in place on Thursday morning, though officials had said the process might take some time.

Tensions remained high. Two burned-out trucks filled with gravel stood on a bridge close to the ethically divided town of Mitrovica, some 50 km from the reopened Merdare crossing. Kosovo police said they were investigating an arson attack.

Around 50,000 Serbs living in northern Kosovo refuse to recognise the government in Pristina or the status of Kosovo as a separate country. They have the support of many Serbs in Serbia and its government.

Albanian-majority Kosovo declared independence with the backing of the West following a 1998-99 war in which NATO intervened to protect ethnic Albanian citizens.

Kosovo police said they had reopened the Merdare crossing – the most important for road freight that links the landlocked state with western European countries – after roadblocks came down on the Serbian side of the border.

They called on people from the diaspora to use the crossing, which was closed at midnight on Tuesday, to come home for the holidays.

Two border other crossings with Serbia in Kosovo’s north remain closed since Dec. 10.

Kosovo has long been a source of tension between the West, which backed its independence, and Russia, which supports Serbia in its efforts to block Kosovo’s membership of global organisations including the United Nations.

The Kremlin on Wednesday dismissed accusations from Kosovo’s interior minister that Russia was influencing Serbia to destabilise Kosovo, saying that Serbia was defending the rights of ethnic Serbs. 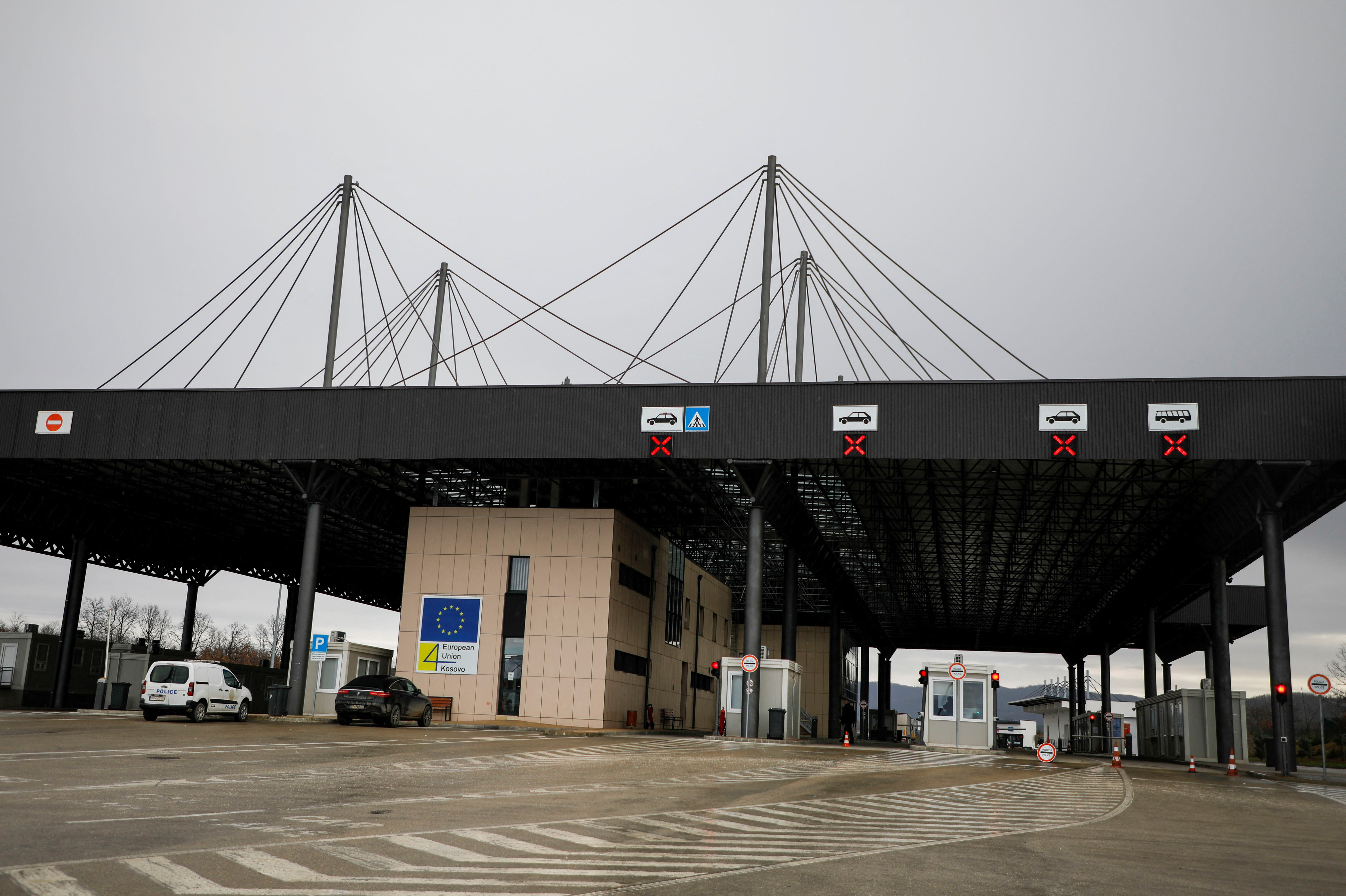 A view of Merdare border crossing between Kosovo and Serbia which was closed by Kosovo after protesters blocked it on the Serbian side to support their ethnic kin in Kosovo in refusing to recognise the country’s independence, near Podujevo, Kosovo, December 28, 2022. REUTERS/Florion Goga/File Photo 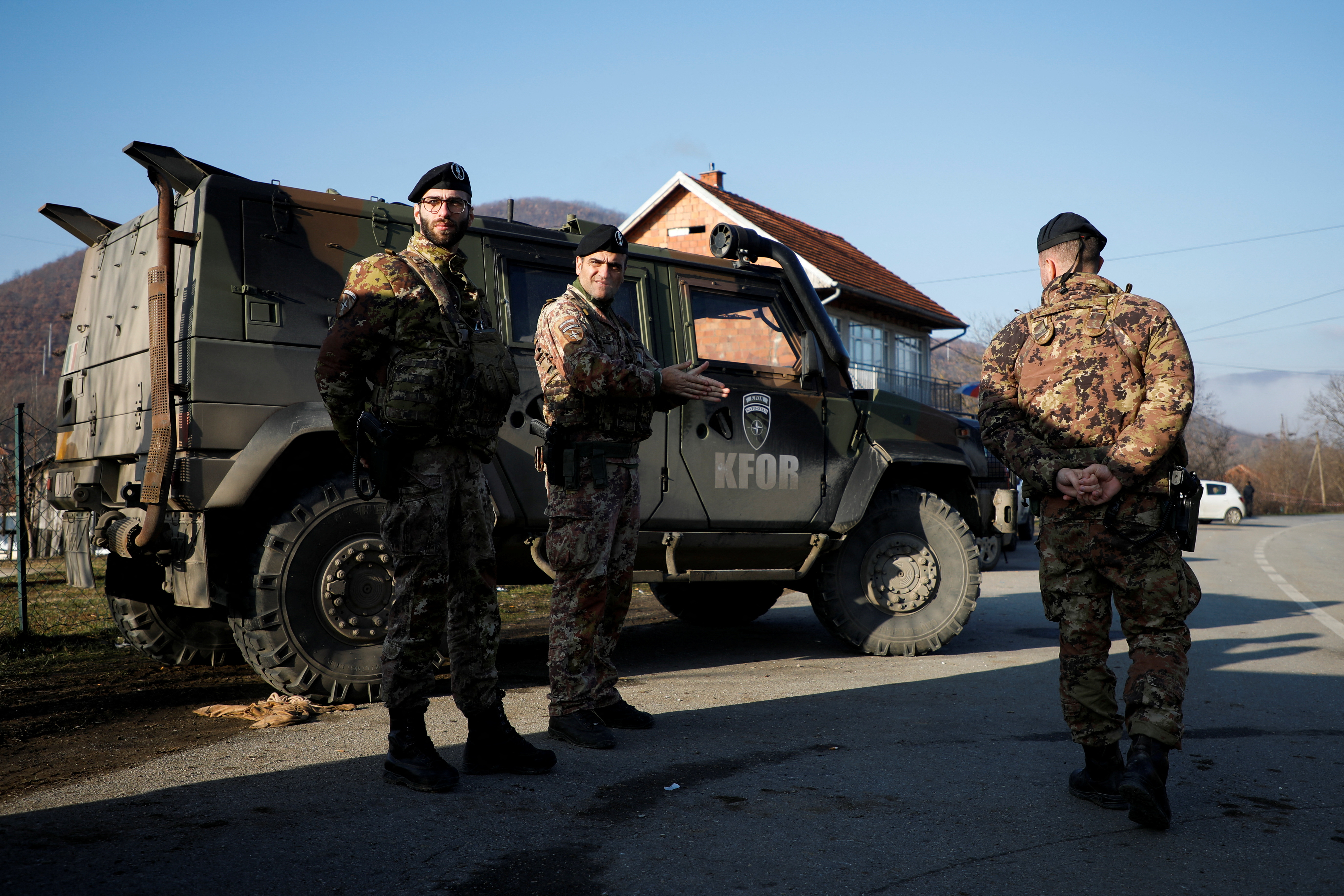 Members of the Italian Armed Forces, part of the NATO peacekeeping mission in Kosovo, stand near a roadblock in Rudare, near the northern part of the ethnically-divided town of Mitrovica, Kosovo December 29, 2022. REUTERS/Florion Goga/File Photo 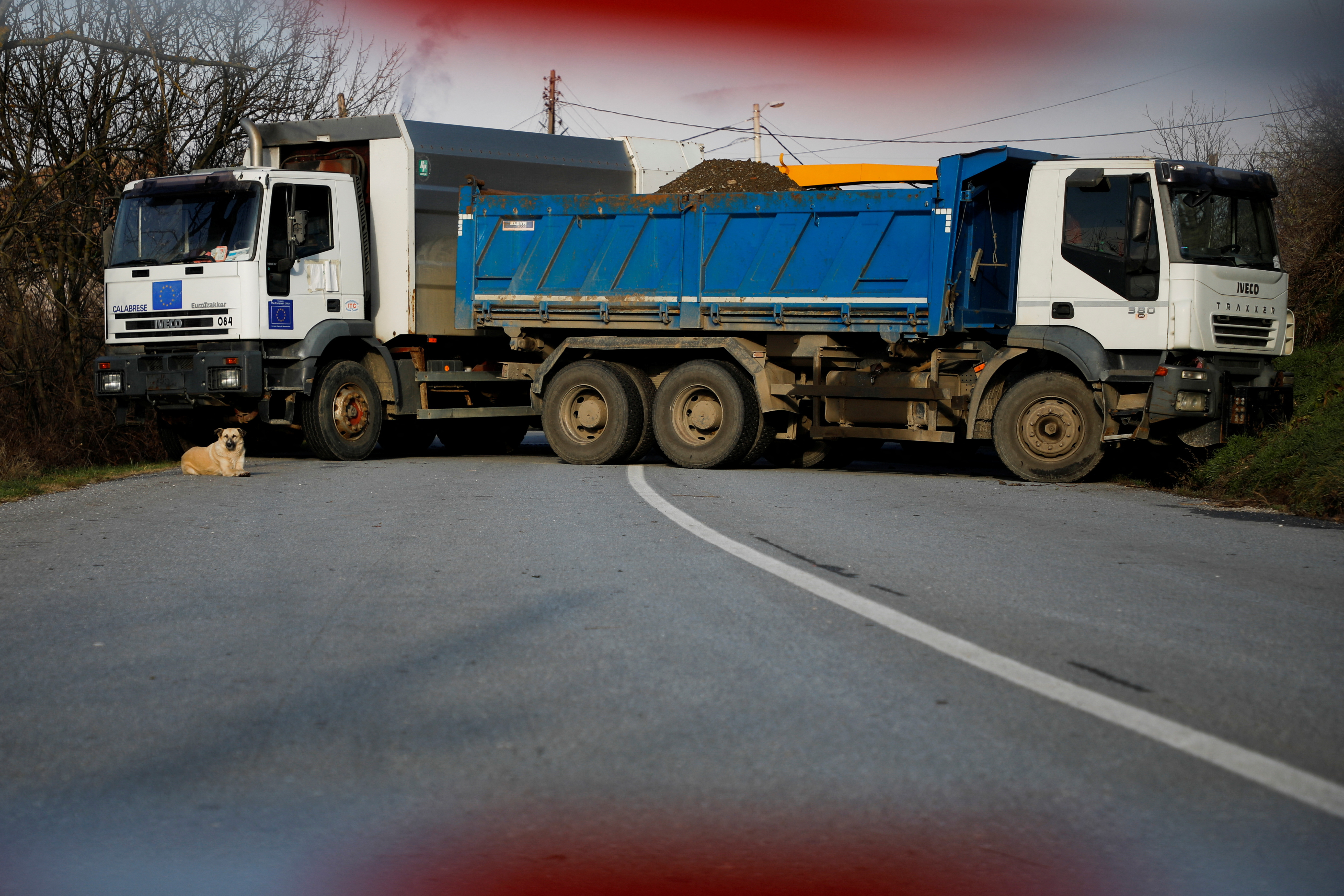 A dog sits next to a roadblock set up by local Serbs in Rudare, near the northern part of the ethnically-divided town of Mitrovica, Kosovo December 29, 2022. REUTERS/Florion Goga/File Photo