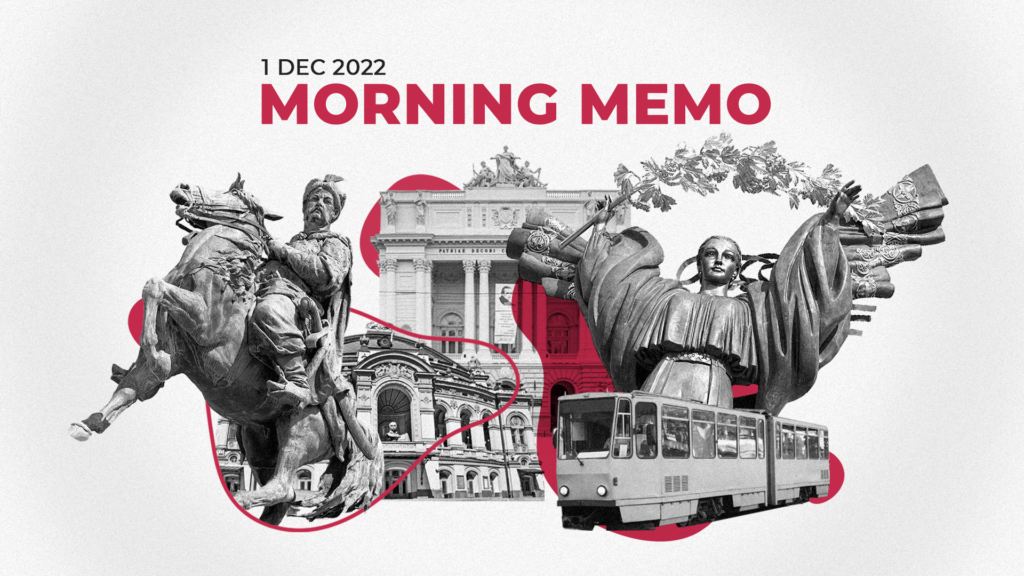 Good morning from Kyiv where the sun is shining for the first time this week, though it’s still a very chilly -3 degrees and there is snow everywhere.

Ukraine is still braced for an expected mass missile attack from Russian forces as they continue their campaign to destroy Ukraine’s energy infrastructure as temperatures plummet. Yesterday was a quiet day with no air raid alerts in the capital, but that could change today.

In more positive news, Germany last night passed a motion recognizing the Holodomor, or death by starvation of millions of Ukrainians in 1932-33, as an act of genocide.

Awareness of the Holodomor has been slow to come to light in the 90 years since it began, so the move is highly welcome.

And elsewhere, President Zelensky has reignited his feud with Elon Musk and invited him to Ukraine so he can see for himself just what Russia has done to the country. You can read more about that story here.

What was Zelensky’s latest message?

Well, it was very intriguing indeed. During his daily address on Wednesday evening and without going into specifics, the president spoke of preparing a “more powerful countermeasure” for areas of Ukraine currently occupied by Russia.

“We considered the issue of providing for the military and supplying new equipment and ammunition.”

So watch this space.

It notes however that the effectiveness of the campaign has “likely been blunted because Russia has already expended a large proportion of its suitable missiles against tactical targets”.

It adds: “Also, with Ukraine having successfully mobilised for nine months, material and psychological effect of the [bombing] is likely less than if it was deployed in the initial period of a war.”

The Institute for the Study of War’s Nov. 30 daily assessment covers a multitude of topics, most notably:

Anything else I need to know about?

Absolutely. While Kyiv is almost solely portrayed in the international media as a country where missiles explode, the power goes out and people queue in the streets for water, life here does go on even if you don’t see it on the news.

To highlight this, Kyiv Post has compiled “7 Totally Normal Things You Can Still Do in Wartime Kyiv“.

And that’s it for today’s Morning Memo.

Kyiv Post will bring you the latest news throughout the day and we’ll be back with another edition tomorrow.