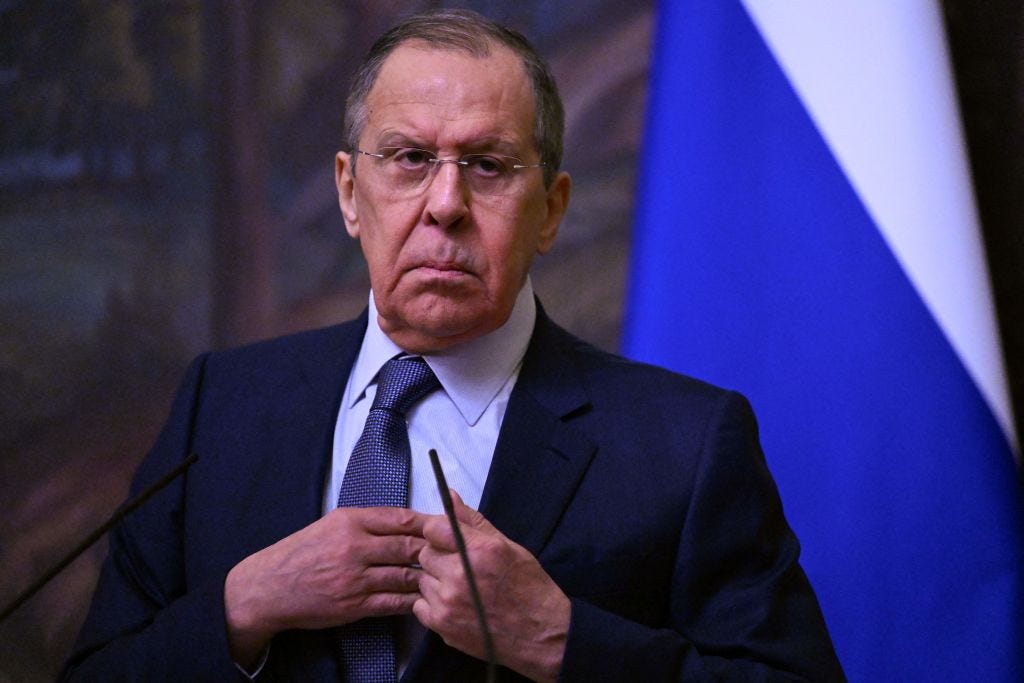 Russian foreign minister Sergey Lavrov said that Ukraine should accept Russia’s demands, including giving up territory, or “the Russian Army will deal with this issue,” according to Russian news agency TASS.

“The enemy is well aware of our proposals on the demilitarization and denazification of the [Ukrainian] regime’s controlled territories, the elimination of threats to Russia’s security that come from there and it includes our new territories,” Lavrov told TASS on Monday.

“There is a little left to do — to accept these proposals in an amicable way. Otherwise, the Russian Army will deal with this issue,” Lavrov reportedly said.

He said the ball was in Kyiv and Washington’s court to end the conflict, as “they can put an end at any time to this senseless resistance.”

TASS reported that the territories Lavrov was referring to were the regions of Donetsk, Luhansk, Zaporizhzhia, and Kherson.

On February 21, days before he invaded the country, Putin announced that Moscow would recognize the sovereignty of the Donetsk and Lugansk People’s Republics, two separatist regions in eastern Ukraine.

Russia occupied the areas of Zaporizhzhia and Kherson early in the war, but Ukraine took Kherson back in November.

The foreign minister made the comments after Russian President Vladimir Putin said on Sunday he was open to talks with Ukraine to end the war.

Putin said, “It’s not us who refuse talks, it’s them,” and claimed that Moscow was “defending our national interests,” NPR reported.

White House spokesman John Kirby said in response that the Russian president has “shown absolutely zero indication that he’s willing to negotiate” to end the conflict.

“Quite the contrary,” Kirby told reporters in an online briefing, per Reuters. “Everything he is doing on the ground and in the air bespeaks a man who wants to continue to visit violence upon the Ukrainian people.”

Ukrainian President Volodymyr Zelenskyy said in November that he is open to “real peace talks” with Russia, but that his preconditions include the returning of Ukraine’s occupied lands, compensation for war damage, and the prosecution of war crimes, per AP.