Seven-year-old Davyd has a wish list – to become an athlete, get a new bike and to defeat the Russian forces who destroyed his home in Makariv, a suburb of Kyiv, back in the spring.

“I really want to rebuild my house,” he tells Kyiv Post.

This last wish is coming true thanks to the work of a company called Tera Monada, which is constructing innovative modular homes for families who have lost theirs as a result of Russia’s invasion of Ukraine.

Each module is 12-metres-square with one of them forming a kitchen and dining area, and the other the bathroom and then a number of bedrooms and living space depending on how many members a family has. 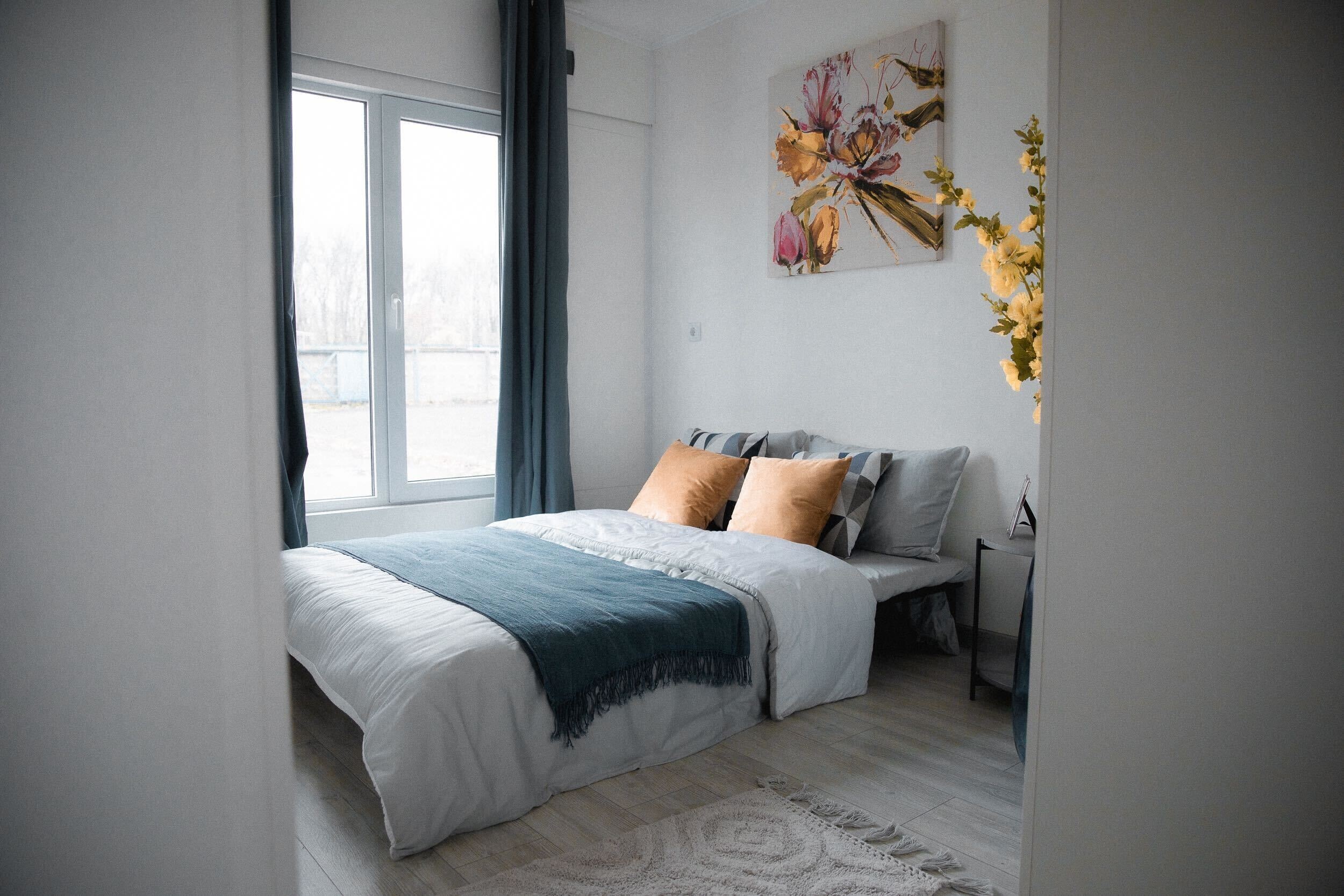 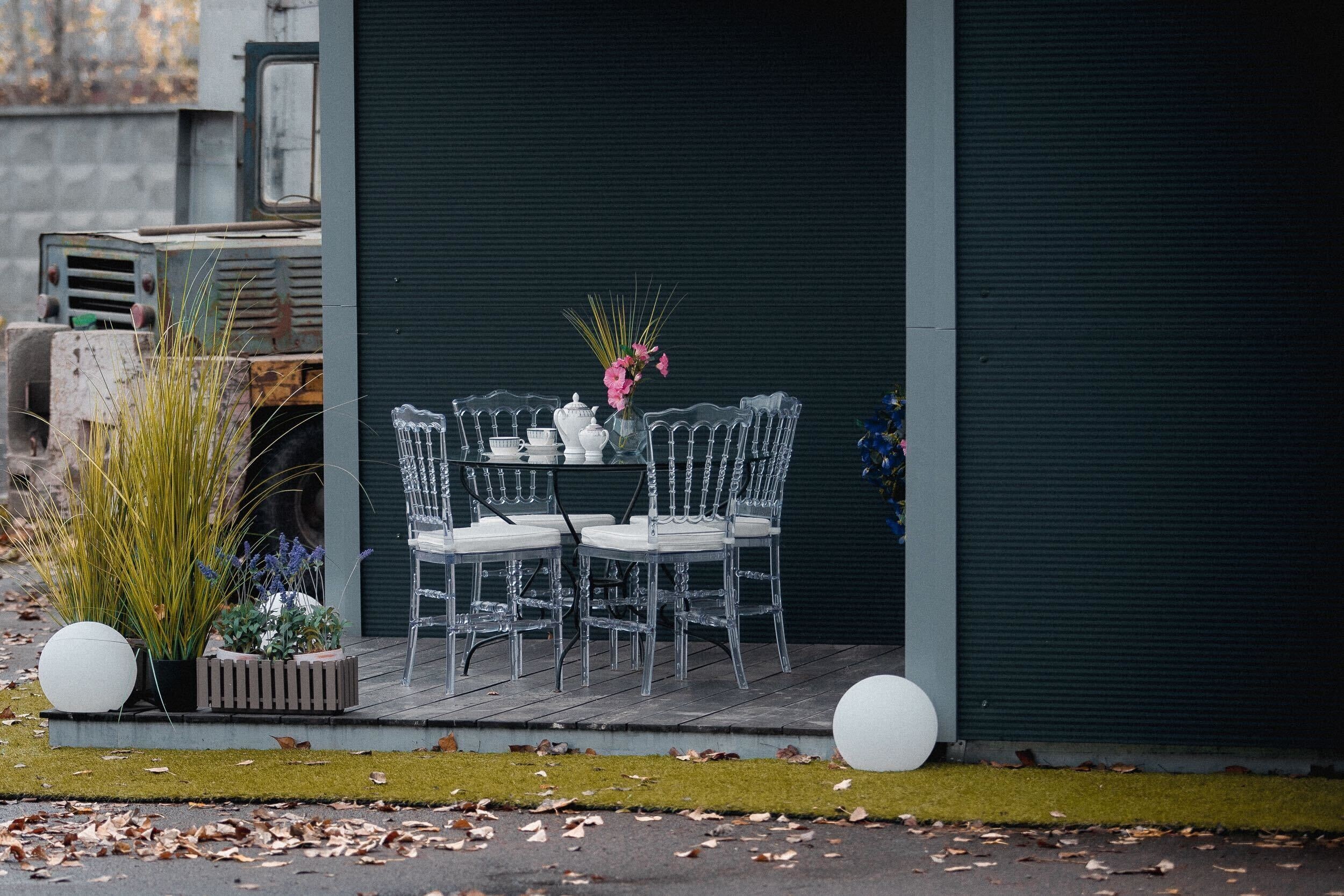 They come fully-furnished and even the colours of the walls can be customized in line with the wishes of its future occupants. They can even come with a small terrace.

The modules are constructed in a factory in Kyiv Region and then transported to where they’re needed and assembled on-site.

“We see an amazing thing when people know they’re going to have their new home in a week’s time,” Mariya Shiyan, head of Tera Monada, tells Kyiv Post. “They become so active and start making preparations.

“What’s so inspiring is their sense of returning to their place, the place of their home.”

Tera Monada is a brand new social start-up that was created in direct response to Russia’s invasion.

Shiyan had to work hard and fast to get funds organized and managed to find a number of partners with whom she shared one common goal – to help Ukrainians.

Those in need are identified by local authorities who then send their details to the Family Garden platform, which lists their details. Donors can then choose which family they wish to help. 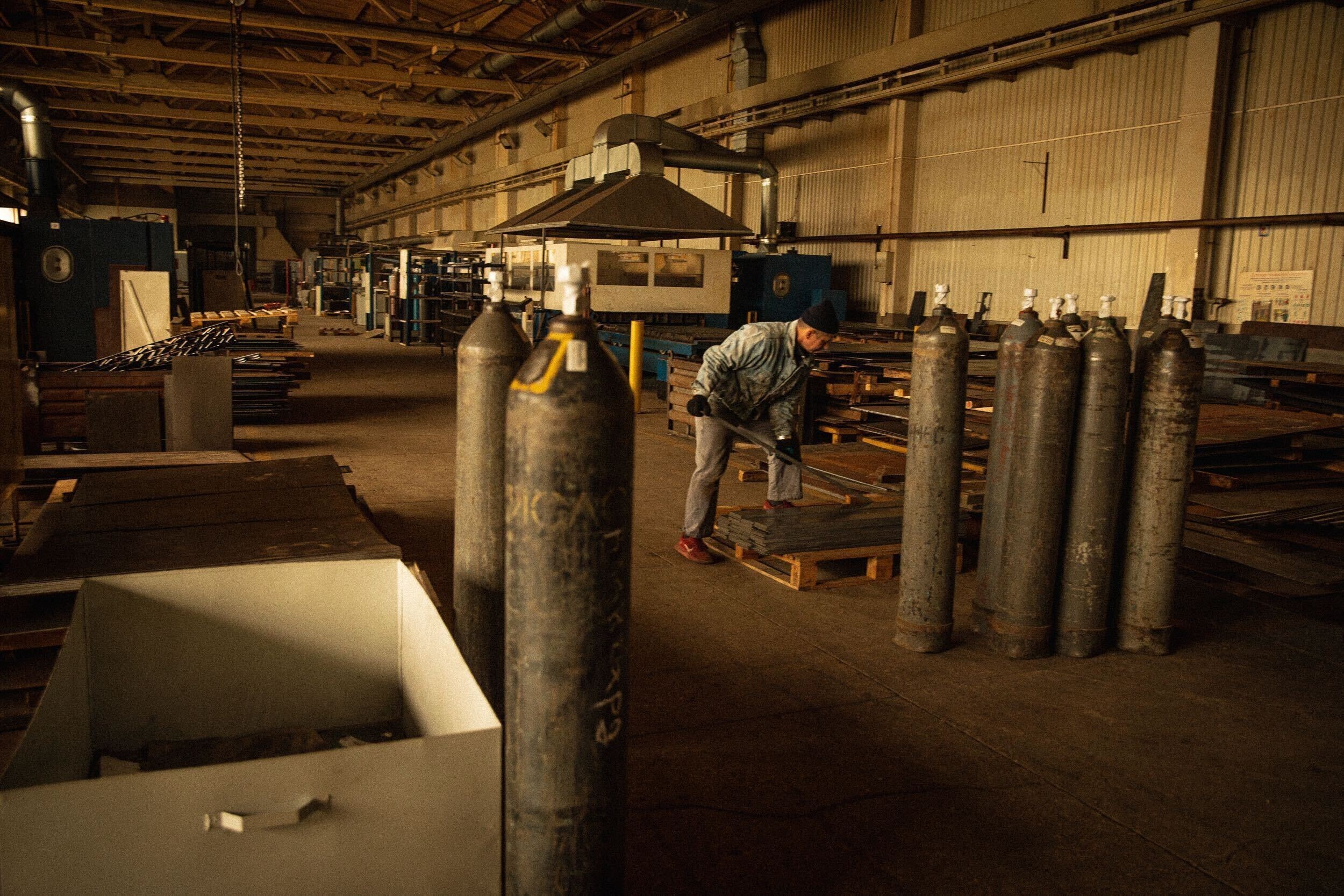 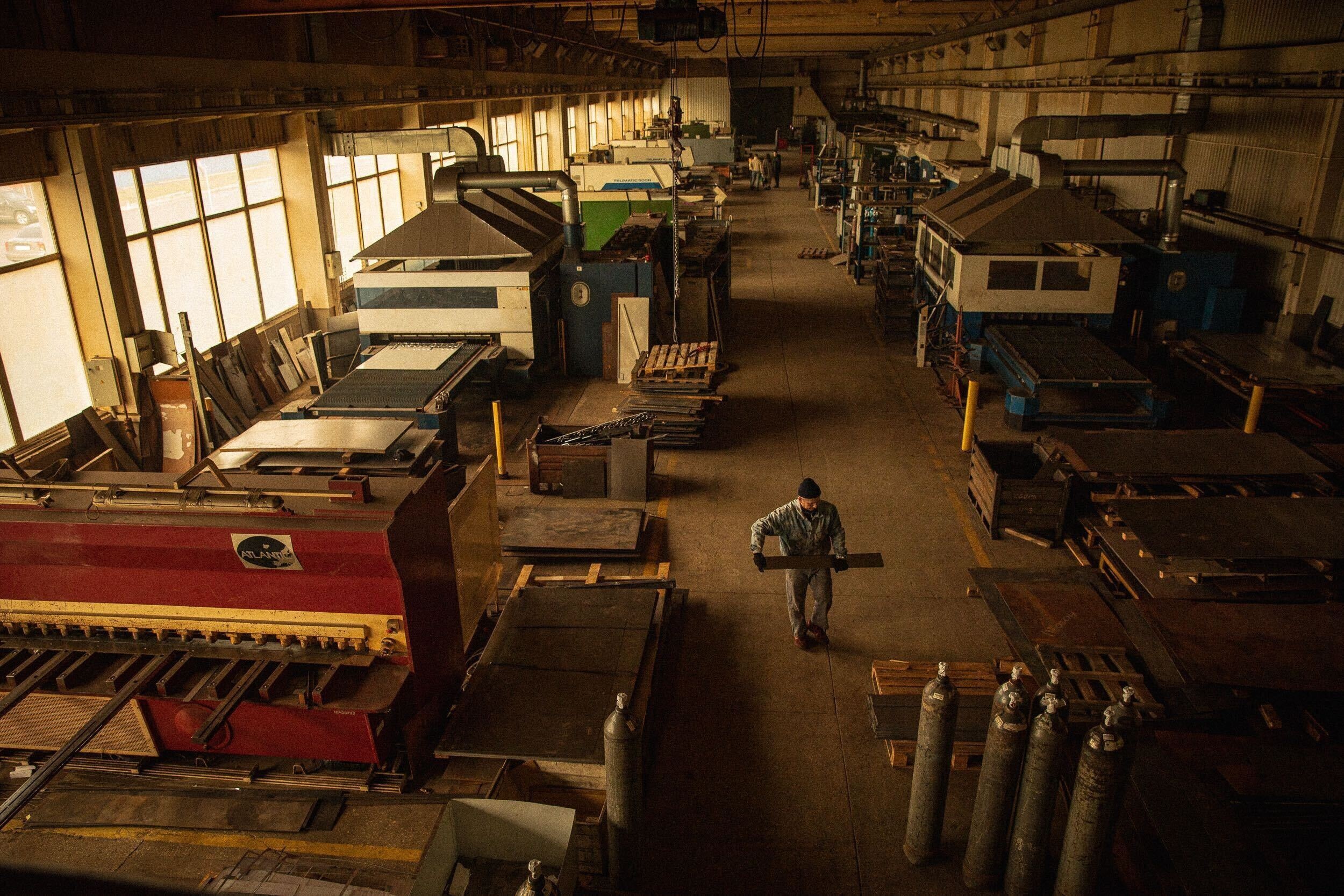 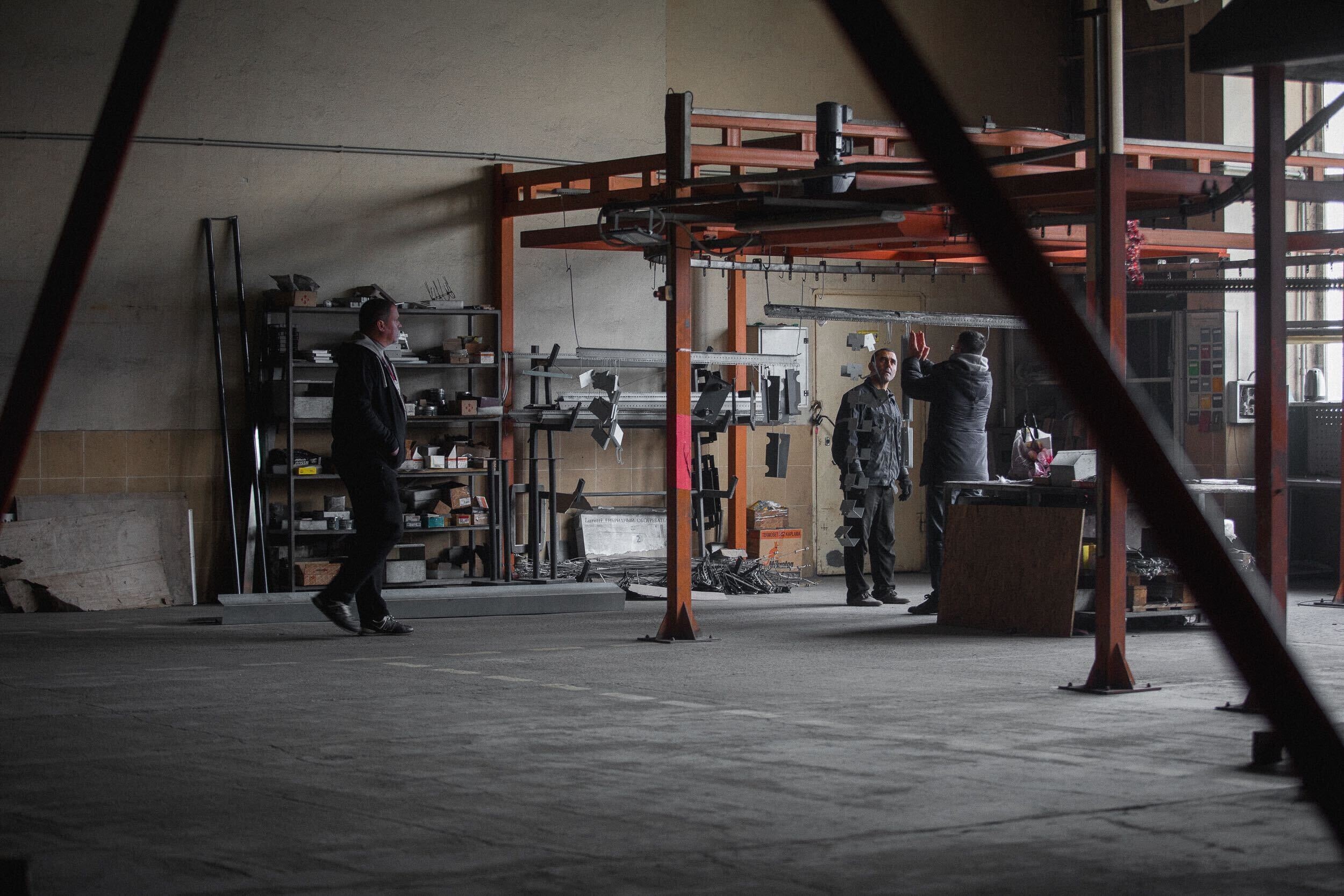 “We make a two-module house that is 16 square meters inside and costs $11,500,” Shiyan underlines. “This price includes all the amenities, a bathroom, etc.

“Then we have three modular houses with a terrace, an area of 36 square meters, furniture and this costs $15,000.”

Tera Monada employs 67 people in total, and has its own design department, which makes 3D models, drawings and models for machines. Materials are supplied exclusively by Ukrainian companies although not all the materials are Ukrainian.

The frame is made of galvanized steel and the first three houses the company made contained metal from the destroyed Azovstal plant in Mariupol. This was the last batch that remained in production before Russia’s full-scale invasion.

According to Vasyl Vasyliev, the production director at Tera Monada, if all the materials are available and there are no interruptions in light, one house can be assembled in a little less than a month.

Eleven houses have already been built, and the company has won a tender for another 40 to be put up in Kyiv Region. However, if there is uninterrupted supply of materials and sufficient funding, the company can produce more than 100 a month.

This is not possible at present due to Russia’s continued bombing of Ukraine’s energy infrastructure.

“Unfortunately, the situation has worsened recently due to power outages,” says Vasyliev. “For example, the other day in Makariv there was no light from nine in the morning till nine in the evening.

“So, the guys assembled the house not only with their hands, but also without electricity.”

The team also works constantly on improving the houses. Modular homes with underfloor heating are currently being developed and which can withstand a temperature of up to minus 20C. There are also plans to create a roller line with three universal patterns and any color of the customer’s choice.

Kyiv Post met the Shevchuk family during their visit to Makariv, where they received a modular house on Aug. 10.

The head of the family, Olena Shevchuk, said the installation of their new home was a complete surprise.

She received a call on July 31 telling her that Tera Monada would provide her with a new home after hers was destroyed by a Russian shell in spring, when the whole family was inside.

Unfortunately, the Shevchuks lost not only their home, but also Olena’s father. Wounded and broken, Olena and her son, Mykhailo, faced a number of problems, such as the process of confirming the destruction of their house and collecting the necessary documents needed to claim support from the state.

But then Tera Monada came to the rescue by providing the family with a cozy place before the coming harsh, cold winter.

“Sometimes I’m asked what is the point of charitable foundations? For me, it’s totally obvious – they take care of people’s well-being, their streets, their cities and their country.

“When you take care of others, this helps all of society.” 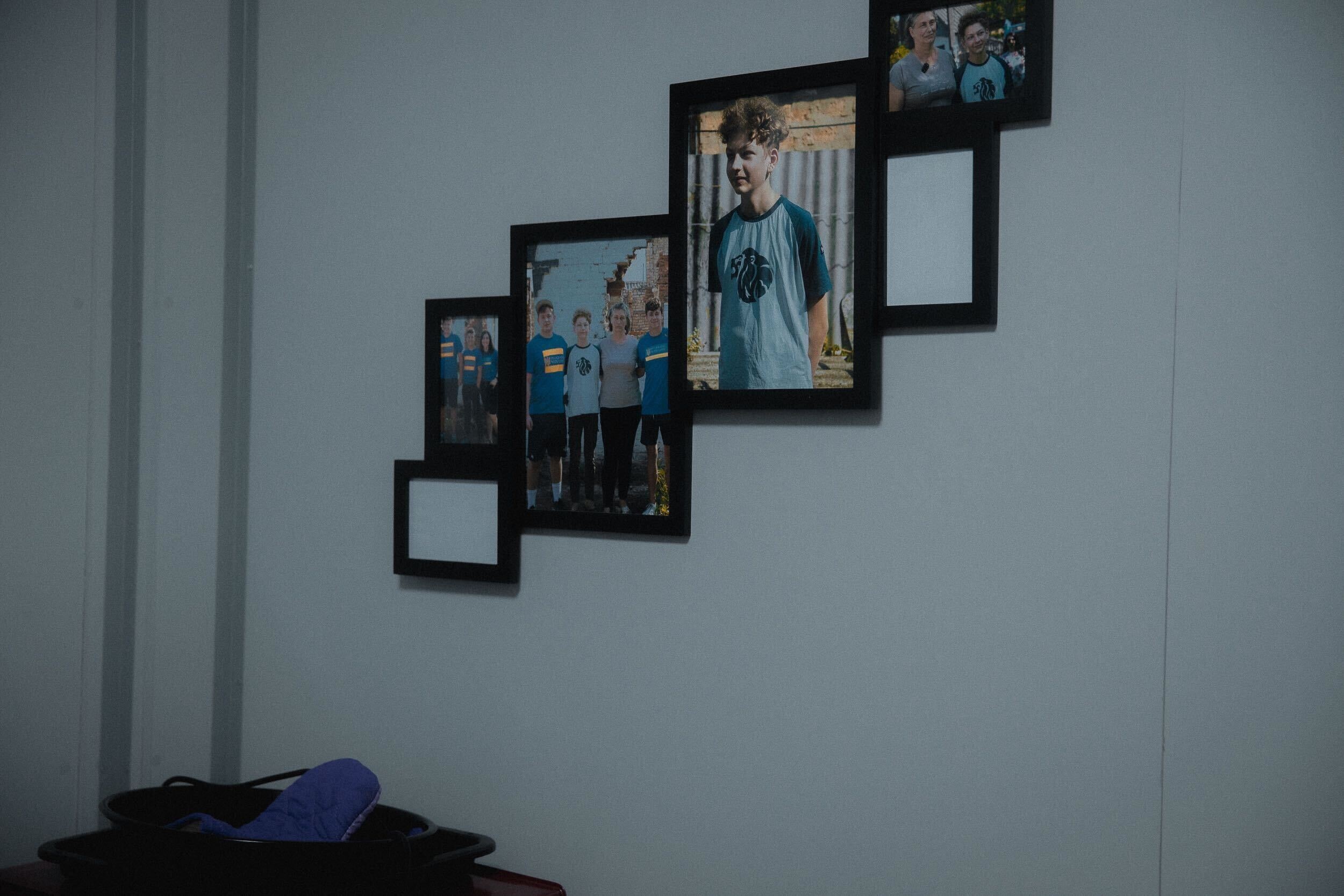