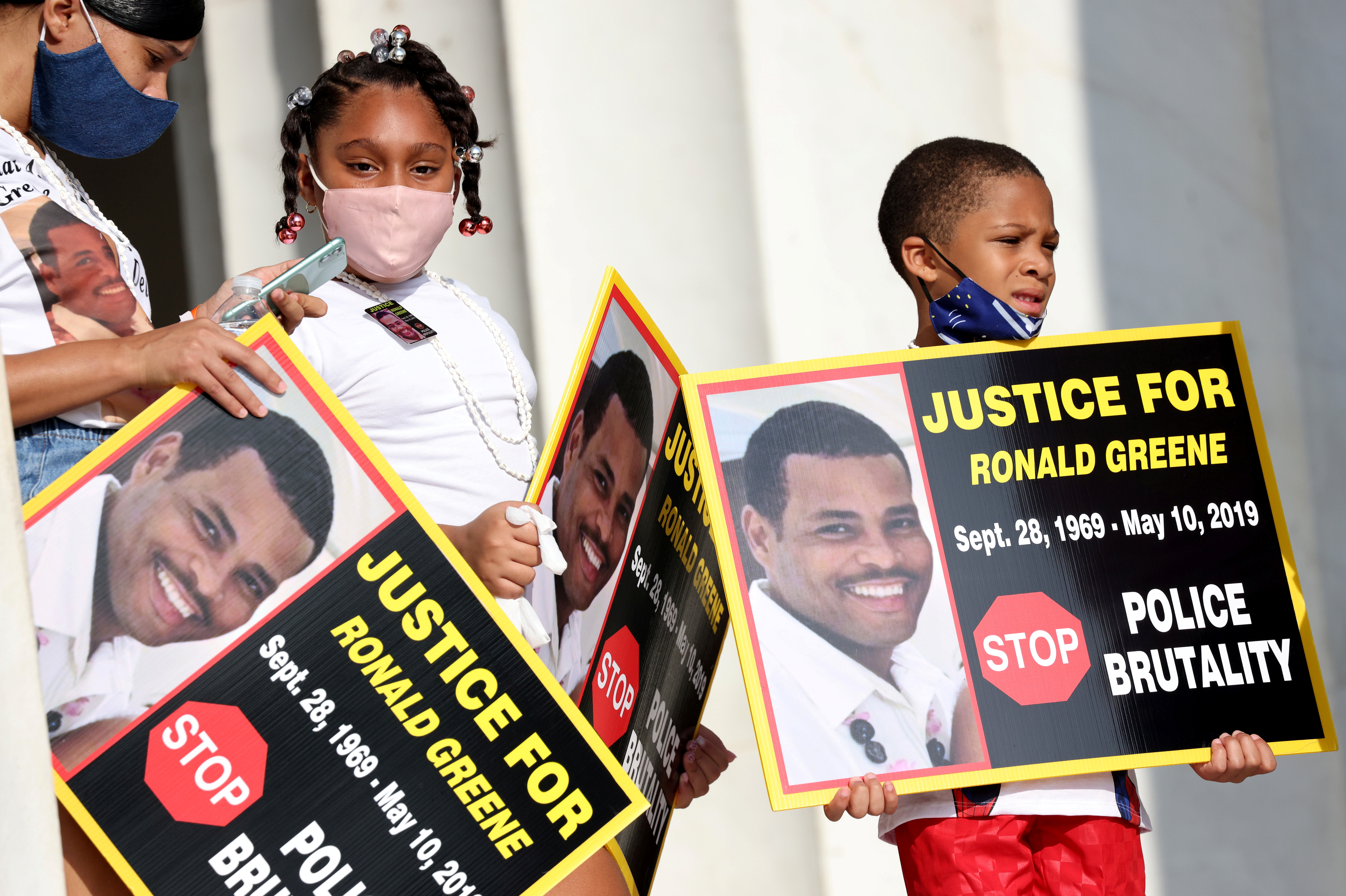 Family members of Ronald Greene listen to speakers as they gather at the Lincoln Memorial during the ‘Get Your Knee Off Our Necks’ march in support of racial justice in Washington, U.S., August 28, 2020. Michael M. Santiago/Pool via REUTERS/File Photo

A grand jury indicted five Louisiana law enforcement officers on Thursday on charges ranging from negligent homicide to malfeasance for their role in the death of unarmed Black motorist Ronald Greene while making an arrest in 2019.

Greene, 49, died in May 2019 on a roadside in rural northern Louisiana after a violent confrontation with officers that followed a high-speed car chase.

Officials initially said Greene had died driving his car but body-camera footage that was eventually made public revealed the white officers dragging and beating Greene who was screaming in fear.

The most serious charges were leveled against Louisiana State Police Master Trooper Kory York, who can be seen in the video footage dragging Greene by his ankles and leaving him face down for over nine minutes. York was charged with negligent homicide and 10 counts of malfeasance.

Greene’s death further fueled a national debate over police brutality, especially against Black men. One officer also shocked him with a stun gun.

Footage also showed Greene leading police on a high-speed chase, then crashing his car. An autopsy showed that he had alcohol and cocaine in his system and suffered multiple injuries from the crash as well as injuries from the physical struggle with officers.