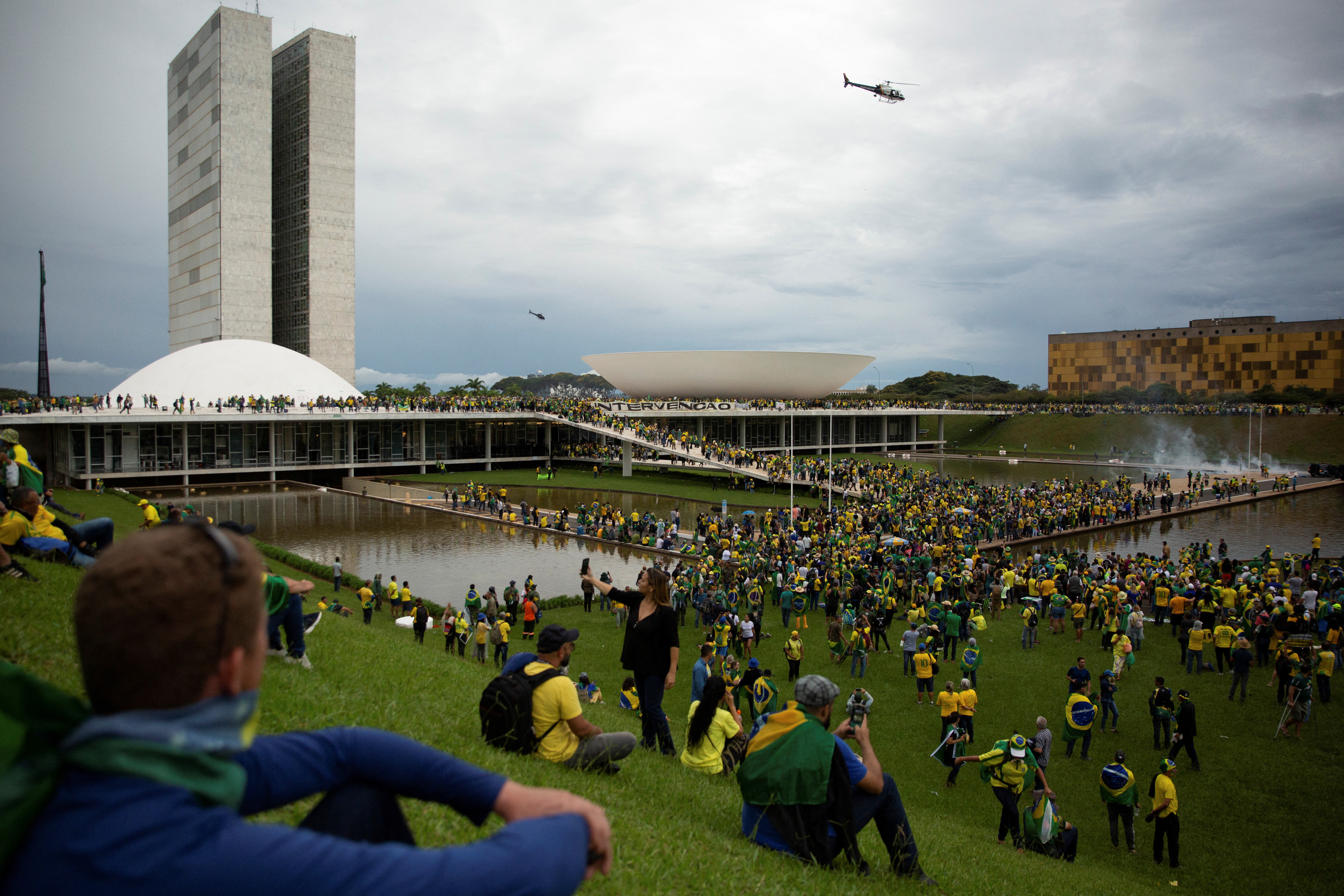 “We have measures for this Wednesday to reinforce security throughout the country since pamphlets of new demonstrations have been circulated,” Lula’s chief of staff Rui Costa said late on Tuesday after a cabinet meeting.

Faced with the threat of new protests, the government’s Solicitor General asked the Supreme Court to prohibit road blocks across Brazil and the invasion of public buildings.

His office also asked for a temporary ban on demonstrations and fines for companies found to be financing the logistics of the anti-democratic protests.

Authorities have sought to block Bolsonaro’s assets and arrest warrants were issued on Tuesday for officials responsible for public security in Brasilia for allowing an insurrection.

On Sunday, thousands of Bolsonaro supporters stormed the seats of power in Brasilia and ransacked the Supreme Court, Congress and presidential offices in the worst assault on democracy since military dictatorship ended in 1985.

Bolsonaro, who left Brazil 48 hours before his term ended and has yet to concede defeat by Lula in the October elections, said on social media from Florida he planned to return to Brazil earlier than planned for medical reasons.

Torres was fired for his failure to stop Sunday’s protests and the arrest warrant cited connivance with the demonstrators, who marched to the center of the capital unimpeded and, in fact, escorted by police cars.

Torres was not in the city during the riots, having flown to Florida earlier this month. He said on Twitter on Tuesday that he would return to Brazil from Orlando, where he was vacationing with his family, and turn himself in to justice.

Justice Moraes also requested the arrest of Fabio Augusto Vieira, the head of Brasilia’s military police, one of a number of officials responsible for protecting the key Brasilia government buildings. read more

On Tuesday, prosecutors at the federal audits court, called TCU, asked the court to block the assets of Bolsonaro and Torres, as well as those of former Brasilia governor Ibaneis Rocha, who was removed by Justice Moraes for failing to stop Sunday’s rampage in the capital.

Authorities restored order in Brasilia on Monday and soldiers dismantled a camp outside army headquarters where Bolsonaro supporters had called for a military coup since Lula won the elections in October. More than 1,000 people were arrested and were being questioned by police.