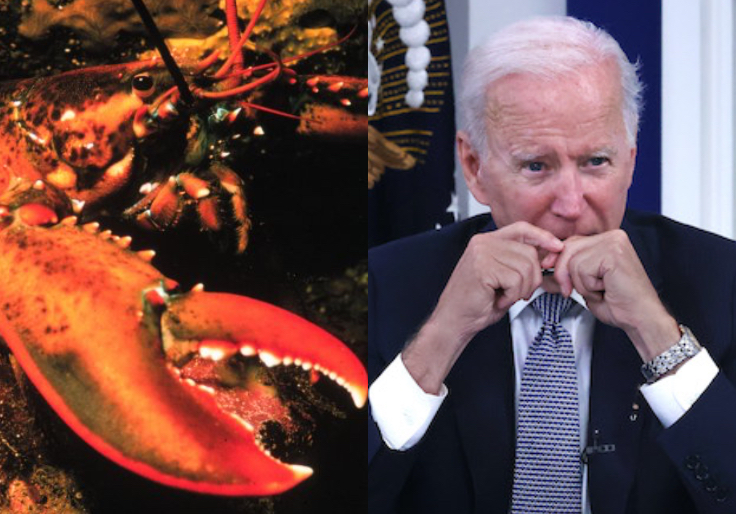 The White House on Tuesday had 200 live lobsters shipped from Maine to Washington, D.C., for a Thursday State Dinner, prompting Golden’s ire.

“If the Biden White House can prioritize purchasing 200 Maine lobsters for a fancy dinner,” Golden tweeted from his official account, then the president “should also take the time to meet with the Maine lobstermen his administration is currently regulating out of business.”

The “fancy dinner” Golden mentioned is in honor of French president Emmanuel Macron.

A 2021 National Oceanic and Atmospheric Administration (NOAA) regulation intended to protect the North Atlantic right whale would “shut down Maine’s lobster fishery by 2030,” sounding “a death knell for our nation’s lobster industry,” Golden and other Maine lawmakers wrote last year to Biden. The rule would also not protect the whales, the lawmakers wrote, noting that since 2002, Maine lobstering has not caused “a single right whale serious injury or mortality.”

Golden, a Marine veteran, is widely considered a moderate, being one of only two House Democrats to vote against Biden’s American Rescue Act, which many economists say hiked inflation. Golden has also condemned Biden’s student debt cancellation scheme as “out of touch.”

The Maine congressman’s moderation only goes so far, however. Despite his criticism of the lobstering regulation, Golden voted for Biden’s so-called Inflation Reduction Act, which directs $6.27 billion to NOAA, the agency that passed the regulation. He votes with Biden’s position 87.5 percent of the time, according to FiveThirtyEight.