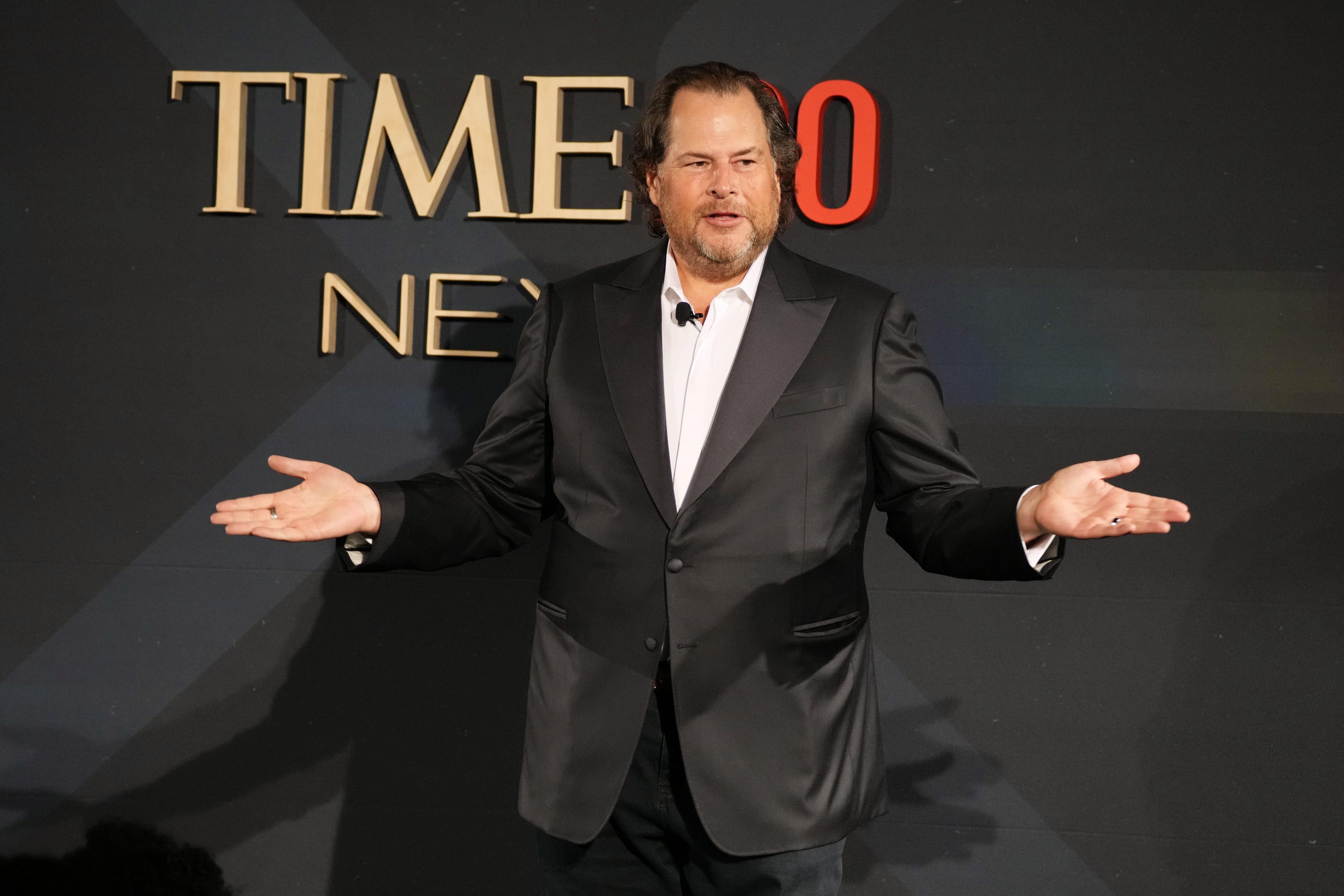 Marc Benioff speaks during the TIME100 Next Gala in October 2022.

Marc Benioff, the Salesforce CEO, showed up 15 minutes late to a company-wide meeting on January 5, the day after the company announced it would be laying-off 8,000 staff, The Times of London reported.

The businessman then made am ill-timed joke, asking: “Did I miss something?”

One person on the call told The Times: “We knew more [layoffs] were coming, so we were all there to find out if we would still have jobs.”

“It was so inappropriate,” they added. “Employees were very, very upset.”

Insider’s Ashley Stewart and Ellen Thomas earlier reported how Benioff compared the layoffs to death, and staff expressed anger that he was dodging questions during the town-hall meeting.

Benioff also admonished employees for leaking messages to the press, and shared a YouTube link to a joke from the 2004 movie “Meet the Fockers” about having a “circle of trust,” Insider reported.

A day earlier, Salesforce announced it was laying-off 10% of its staff. It came amid a spate of layoffs in the industry, with Amazon, Meta, and Twitter among the other companies who have cut their workforce over the last few months. Over the first 15 days of this year, an average of 1,600 tech workers were laid off every day.

In an email to staff, Benioff said: “As our revenue accelerated through the pandemic, we hired too many people leading into this economic downturn we’re now facing, and I take responsibility for that.”

The company is also reportedly considering laying-off a further 10% of staff depending on financial performance.

Salesforce has completed more than $50 billion worth of acquisitions since 2018, with $27.7 billion spent on the loss-making messaging platform Slack in 2021. Stewart Butterfield, the Slack cofounder, then quit the company, along with a further two executives.

Salesforce did not immediately respond to Insider’s request for comment, sent outside US working hours.

Home » Audio Sources - Full Text Articles » Salesforce’s Marc Benioff joked ‘Did I miss something?’ after arriving late to a meeting the day after laying-off 8,000 staff, report says
a