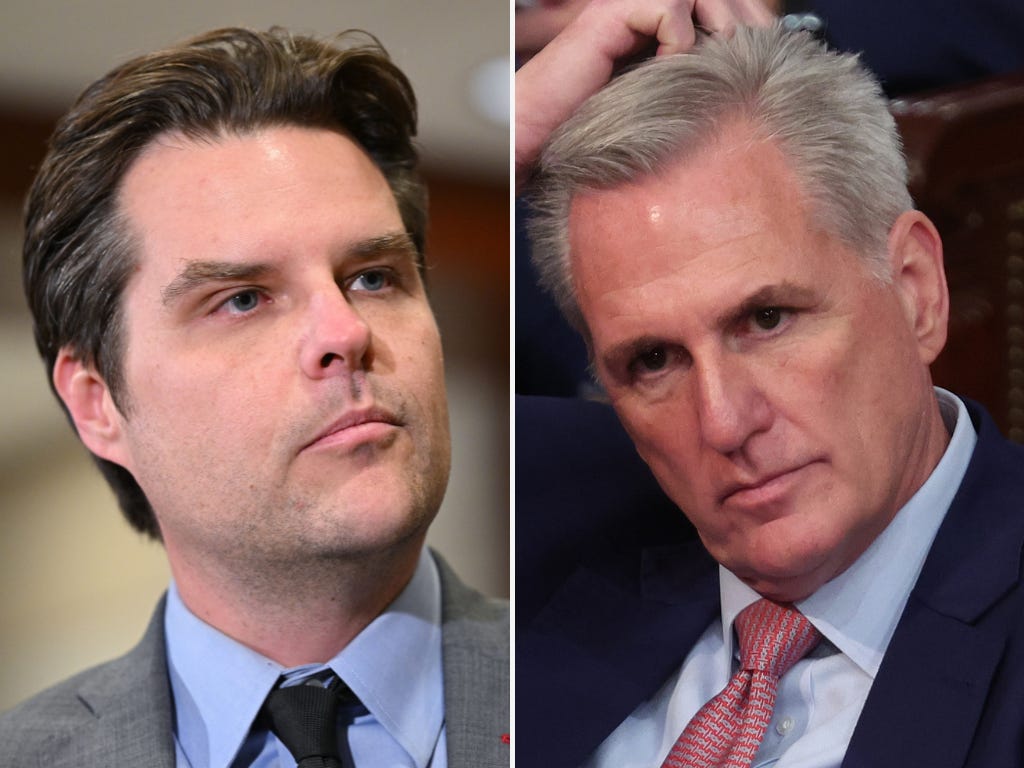 Florida Rep. Matt Gaetz is accusing Rep. Kevin McCarthy of squatting in the speaker’s suite, despite not having landed the job yet.

Gaetz included in his tweet a copy of a letter dated January 3, which he sent from his congressional office to J. Brett Blanton, the Architect of the Capitol.

He added in his letter that the role of speaker had not been decided after Congress adjourned on Tuesday. This followed three votes where Republicans mutinied against McCarthy, denying him the votes he needed to secure the speakership.

“What is the basis in law, House rule, or precedent to allow someone who has placed second in three successive speaker elections to occupy the Speaker of the House Office?” Gaetz questioned. “How long will he remain there before he is considered a squatter?”

NBC reporter Haley Talbot on January 2 posted a video of what appeared to be McCarthy’s items being moved into the speaker’s office, even before votes were held to confirm his position. If McCarthy does not get the job after multiple rounds of voting, he will have to vacate the premises.

Gaetz has been a prominent figure in the effort to derail McCarthy’s speaker bid. On Tuesday, Gaetz — one of the five hardline “Never Kevin” representatives — strongly rebuked the California congressman.

“If you want to drain the swamp, you cannot put the biggest alligator in charge of the exercise,” Gaetz said of McCarthy. “I’m a Florida man and I know of what I speak.”

Gaetz on Tuesday also said he was told not voting for McCarthy for speaker would result in his committee assignments being taken away.

Gaetz has long supported alternatives to McCarthy. In August, Gaetz said at CPAC he does not think McCarthy should lead the GOP.

Representatives for Gaetz and McCarthy did not immediately respond to Insider’s requests for comment.

McCarthy needs 218 votes to secure the gavel. Voting is expected to resume on Wednesday.