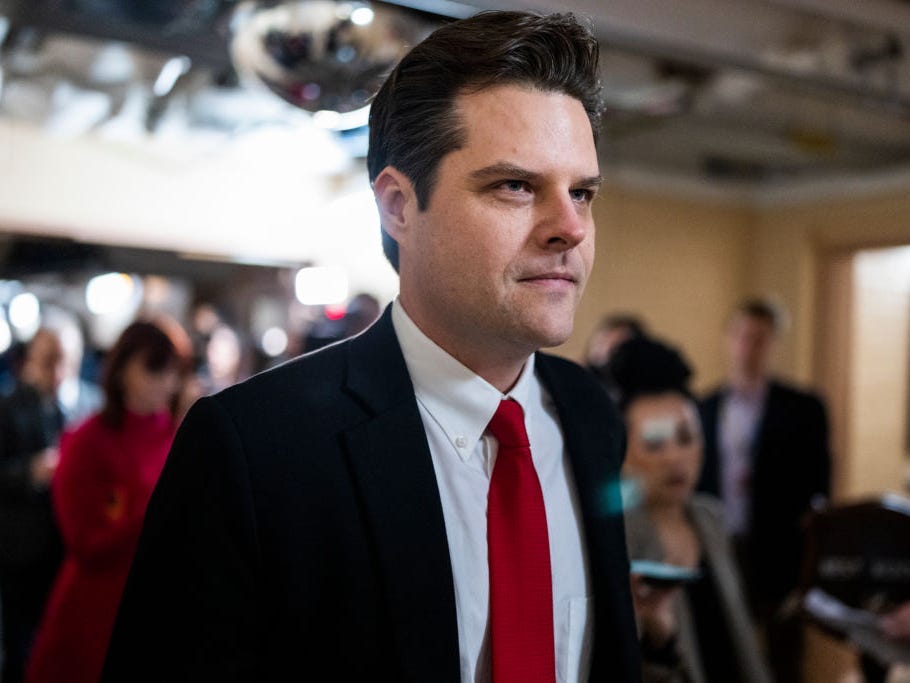 Florida Rep. Matt Gaetz says he is certain that House Democrats will not change tack and elect a moderate Republican for speaker — and if they do, he’ll resign.

Gaetz was speaking to Fox News host Laura Ingraham on Thursday, where he was asked about the possibility of Democratic representatives breaking ranks. Ingraham earlier on Thursday night suggested on her show that there may be a scenario where the Democratic Party helps elect McCarthy or another Republican, so that “both parties share power on the committees.”

“I’m on the floor, Laura. These 212 Democrats are going to vote for Hakeem Jeffries every single time,” Gaetz told Ingraham. “He is a historic candidate for them. They are not going to cleave off under any circumstance.”

“I assure you — that if Democrats joined up to elect a moderate Republican, I will resign from the House of Representatives. That is how certain I am. I can assure your viewers: that won’t happen,” Gaetz added.

The Florida congressman was referring to House Democratic Leader Hakeem Jeffries, who will become the first ever Black congressional party leader when he is sworn in. Jeffries secured all 212 votes from his party for the 11 speakership ballots held as of Thursday.

Rep. Kevin McCarthy is currently vying for the speakership but has failed 11 consecutive times to secure the 218 votes needed. McCarthy now needs to convince the 20 hardline GOP members who are “Never Kevins” — a crew of congresspeople blocking his speakership bid — that he is the man for the job.

Gaetz might have some cause for confidence. On Tuesday, New York Rep. Alexandria Ocasio-Cortez was spotted speaking to Gaetz on the House floor. The Democratic congresswoman told The Intercept that during that conversation, she assured Gaetz that her party will not help McCarthy get the votes he needs.

“McCarthy was suggesting he could get Dems to walk away to lower his threshold,” Ocasio-Cortez told The Intercept of her conversation with Gaetz. “And I fact-checked and said absolutely not.”

Gaetz is a prominent figure in the “Never Kevin” movement. Before the first speakership vote on Tuesday, he delivered a scathing rebuke of the California congressman.

“If you want to drain the swamp, you cannot put the biggest alligator in charge of the exercise,” Gaetz said on Tuesday. “I’m a Florida man and I know of what I speak.”

The Florida congressman has also been trolling McCarthy and mocking him for his consistent failures. On Tuesday, Gaetz penned a letter to J. Brett Blanton, the Architect of the Capitol, asking for an explanation as to why McCarthy was allowed to work from the speaker’s suite despite not yet landing the job.

“What is the basis in law, House rule, or precedent to allow someone who has placed second in three successive speaker elections to occupy the Speaker of the House Office?” Gaetz wrote in his letter on Tuesday. “How long will he remain there before he is considered a squatter?”

Gaetz has over the last three days consistently voted to block McCarthy from securing the speakership. On Thursday, Gaetz voted for former President Donald Trump to be speaker even after McCarthy made significant concessions to the “Never Kevin” camp.

Representatives for Gaetz and McCarthy did not immediately respond to Insider’s requests for comment.