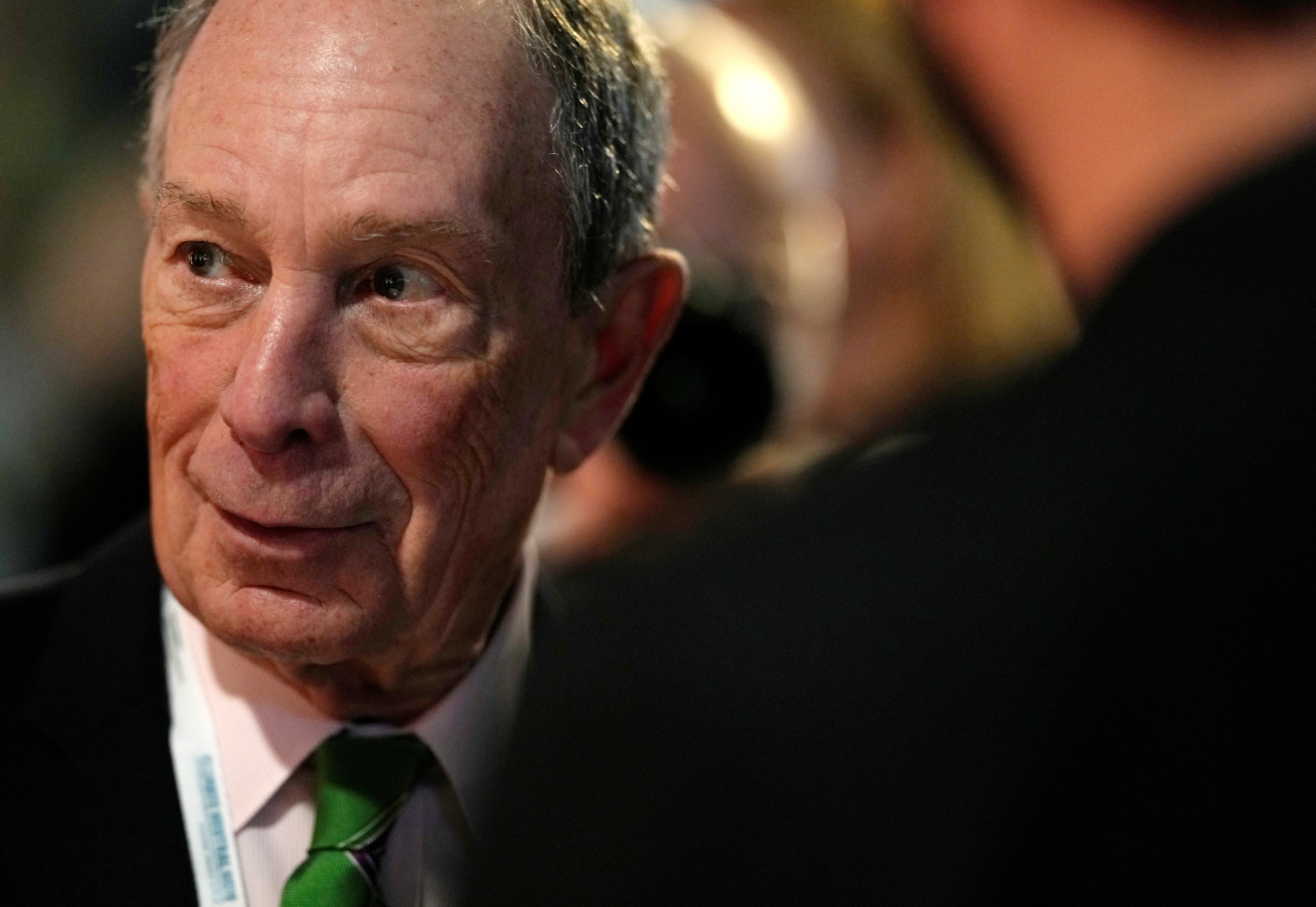 Former mayor of New York Michael Bloomberg speaks with participants prior to a meeting with Earthshot prize winners and finalists at the Glasgow Science Center during the UN Climate Change Conference (COP26) in Glasgow, Scotland, Britain, November 2, 2021. Alastair Grant/Pool via REUTERS

Such a merger would create a financial data and news giant, further firming up the world’s 12th richest man’s strong hold on the business and likely allowing his company to sell more Bloomberg Terminals – the main source of its revenue.

According to the Axios report, Bloomberg sees News Corp-owned (NWSA.O) Dow Jones, also the publisher of Barron’s and MarketWatch, as the ideal fit but would buy the Post if Amazon.com Inc (AMZN.O) founder Jeff Bezos was interested in selling.

Bloomberg L.P., the Washington Post and Dow Jones did not immediately respond to Reuters’ requests for comment.

Shares of News Corp were up 3% in a broadly weaker market.

In October, Rupert Murdoch had started a process that could reunite his media empire, News Corp and Fox Corp (FOXA.O), nearly a decade after the companies split.

The proposal has, however, met with stern opposition from several shareholders who say a combination on its own would fail to realize the full value of News Corp and have instead suggested a spin-off of the media company’s digital real estate business or Dow Jones as an alternative to the merger.

Craig Huber, media analyst at Huber Research Partners, said he would be “shocked” if Murdoch sold the Wall Street Journal and has likely told his family not to sell it either.

“The WSJ is a trophy property to the Murdoch family,” he said, adding that the speculation is likely a result of his plan to reunite his media empire.

Reuters competes with Bloomberg News, a unit of Bloomberg L.P., as a provider of financial news.