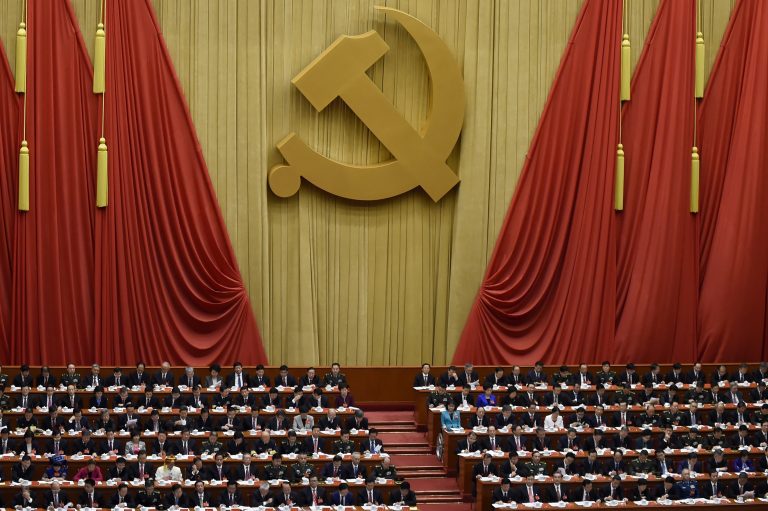 In late October, with the 2022 midterms just two weeks away, the Committee of 100—a nonprofit that works to “advance U.S.-China relations”—issued a statement condemning China-related campaign ads from California Republican Michelle Steel. Those ads, which the committee said included “racist attacks” that encouraged “anti-Asian hate and violence,” criticized Democrat challenger Jay Chen’s past support for the Confucius Classroom program, a CCP-run initiative that provides American K-12 schools with Beijing-backed teachers and curriculum materials.

The committee’s decision to wade into the race—a rare one, given that the nonprofit usually avoids electoral politics in favor of commenting on academic research, legislative developments, and federal appointments—sparked attention from mainstream media outlets and liberal groups. Within days of its release, NPR, the Los Angeles Times, and the Democratic Congressional Campaign Committee used the statement to declare that the Asian-American community had turned on Steel, with the Times and NPR innocuously describing the Committee of 100 as “a New York-based nonprofit led by prominent Chinese Americans” and a group that “represents Chinese Americans.” Those descriptions, however, ignore the fact that many of the nonprofit’s members, staff, and former leaders have extensive ties to CCP-controlled groups and Chinese state-backed companies—ties that have led some China experts to assert that the committee is a crucial target for the CCP’s foreign influence efforts.

Committee member Ronnie Chan, for example, serves on the governing board of the China-United States Exchange Foundation, a CCP-funded Chinese foreign agent whose founder, billionaire Chinese national Tung Chee-hwa, is the vice chairman of a CCP advisory body. Fellow member Yu Meng, meanwhile, for three years worked as a top officer at the Chinese government-controlled State Administration of Foreign Exchange, a job that China’s Thousand Talents Program—which the FBI says engages in “non-traditional espionage against the United States”—reportedly recruited him to take. Meng in 2015 told CCP propaganda rag People’s Daily that he was inspired to take the job due to his commitment to “the motherland.” Former committee chairman Dominic Ng also served on the board of the Asia Society, which worked to spread Confucius Institutes—the CCP-run higher education equivalent of Confucius Classrooms that a former top Chinese official called “an important part of China’s overseas propaganda set-up”—across the United States.

Those affiliations may explain why Chinese president Xi Jinping praised the Committee of 100 as a “friendly group” in 2015. They may also explain why the CCP’s “United Front” system—which aims to advance Beijing’s interests by influencing foreign individuals—has used the committee to pressure members to “toe the Party line,” according to a 2019 Hoover Institution report. Some of the committee’s former leaders, meanwhile, are reportedly part of that system. Former committee director George Koo is an “overseas director” of the China Overseas Friendship Association, a CCP-led foreign influence group, according to the Hoover report. Former Committee of 100 chair and current member H. Roger Wang is an honorary chairman of the association’s local branch in Nanjing, Newsweek reported in 2020.

The Committee of 100, which did not return a request for comment, has denied allegations that it is linked to the CCP. But the nonprofit’s support for controversial CCP initiatives is well documented. In 2018, then-committee chair Wang toldChina Daily that the committee should “get actively involved” in Beijing’s Belt and Road Initiative, a CCP tool used to subjugate foreign nations through direct infrastructure investment. The committee also vocally opposed a Trump-era effort to prosecute Chinese spies but has refrained from condemning Beijing for its Uyghur genocide, Mark Simon, a former senior executive at the pro-democracy Hong Kong newspaper Apple Daily, wrote in a 2019 column.

“The Committee of 100 is a pro-Beijing group, concerned almost exclusively with the interests aligned with those of the Chinese Communist Party,” Simon wrote. “In all their discussions about the US-China relationship try to find any significant objection to the actions of the CCP. You won’t.”

The committee’s attacks on Steel ultimately did not sink the Republican. Steel in November defeated Chen by 5 points in California’s 45th Congressional District, which is home to nearly 150,000 Asian-American voters and which President Joe Biden carried by 6 points just two years ago. Steel’s success in a district with a large Asian-American presence, a veteran Republican operative told the Free Beacon, shows that the Republican Party’s push to combat China will remain at the center of the party’s electoral message for cycles to come. And if Democrats turn to groups such as the Committee of 100 to brand that message “racist,” it will only bolster Republicans, the operative argued.

“The seriousness of nonprofits with ties to China involving themselves in our elections cannot be understated,” the operative said. “If Democrats want to lean in on their support, it will actually help Republicans.”