Coming three years after a failed operation to detain Ovidio ended in humiliation for the government of President Andres Manuel Lopez Obrador, the arrest triggered a wave of violence that forced authorities to shutter airports and schools in the city of Culiacan.

Defense Minister Luis Cresencio Sandoval told a news conference security forces had captured the 32-year-old senior member of the Sinaloa Cartel. Ovidio, a fugitive since the previous arrest attempt, was now being held in the capital Mexico City, Sandoval said.

Videos shared on social media, which Reuters was unable to immediately verify, appeared to show heavy fighting overnight in Culiacan, the main city in the northern state of Sinaloa, with the sky lit up by helicopter gunfire.

The Sinaloa state government said two members of the security forces had been killed in the clashes.

The city’s airport was caught up in the violence, with Mexican airline Aeromexico saying one of its planes had been hit by gunfire ahead of a scheduled flight to Mexico City. No one was hurt, it said.

A Mexican air force plane was also shot at, Mexico’s federal aviation agency said, adding that the airport in Culiacan, as well as in the Sinaloa cities of Mazatlan and Los Mochis, would remain closed until security could be ensured.

Ovidio, who has become a key figure in the cartel since the arrest of his father, was briefly detained in 2019 but was quickly released to end violent retribution in Culiacan from his cartel. The incident was an embarrassing setback for the government of Lopez Obrador.

His latest capture comes before a North American leaders’ summit in Mexico City next week, which U.S. President Joe Biden will attend and at which security issues are on the agenda.

The United States had offered a $5 million reward for information leading to the arrest or conviction of Ovidio.

It not yet clear whether Ovidio will be extradited to the United States like his father, who is serving a life sentence at Colorado’s Supermax, the most secure U.S. federal prison.

Foreign Minister Marcelo Ebrard said any extradition would have to follow formal processes and would not be immediate.

A surge in overdose deaths in the United States, fueled by the synthetic opioid fentanyl, has led to increased pressure on Mexico to combat the organizations – such as the Sinaloa Cartel – responsible for producing and shipping the drug.

The cartel is one of the world’s most powerful narcotics trafficking organizations.

Guzman’s arrest helps save face for Mexican law enforcement following the escape of El Chapo’s son in 2019, said Tomas Guevara, a security expert at the Autonomous University of Sinaloa.

“The detention of Ovidio is finally the culmination of something that was planned three years ago,” he said.

It might also herald a change in approach by the government, Guevara added, after criticism from many security experts that Lopez Obrador was soft on the cartels, an accusation he denies.

The president argues the confrontational tactics of his predecessors were unsuccessful and only caused more bloodshed, saying he would instead pursue a strategy of “hugs not bullets.”

On Thursday morning, security forces were attempting to contain a violent reaction to the arrest in the Culiacan area by Guzman’s associates.

Burned vehicles were scattered on the streets and heavily armed law enforcement patrolled in pickup trucks.

Local government urged people to stay indoors and said schools and administrative offices were closed due to the violence. Street blockades had also been erected.

Joaquin Guzman, 65, was convicted in New York in 2019 of trafficking billions of dollars of drugs to the United States and conspiring to murder enemies.

Eduardo Guerrero, director of Lantia Consulting which analyzes Mexican organized crime, said that recent pressure from the Biden administration to target the Sinaloa Cartel had likely motivated Mexico to go after Guzman.

But he warned that while Ovidio’s capture was likely to weaken that cartel, it could help their main rival, the notoriously violent Jalisco New Generation Cartel.

“It’s very important the government bear in mind that the weakening of the Sinaloa Cartel may also bring about an even greater expansion, a greater presence of the Jalisco Cartel.” 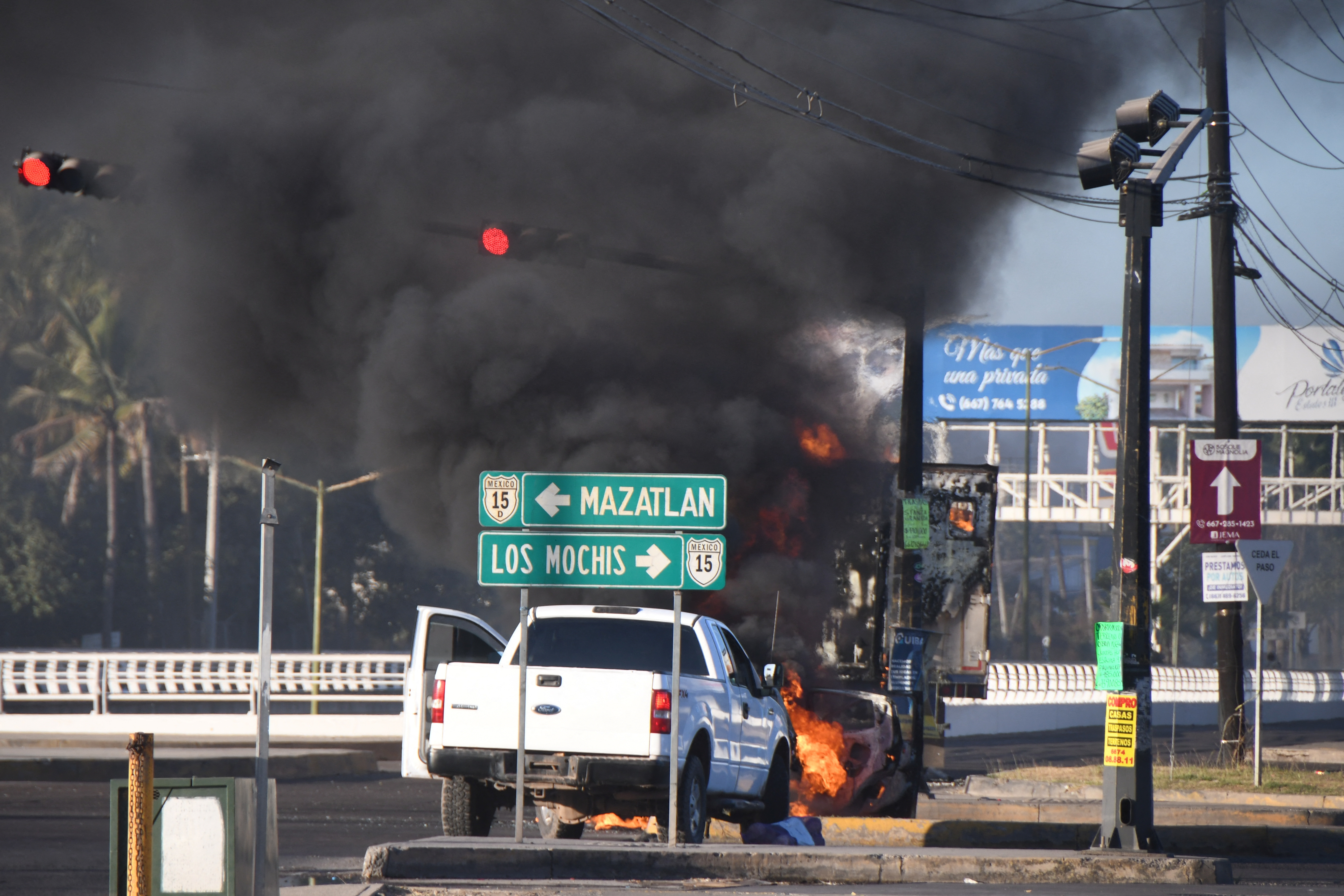 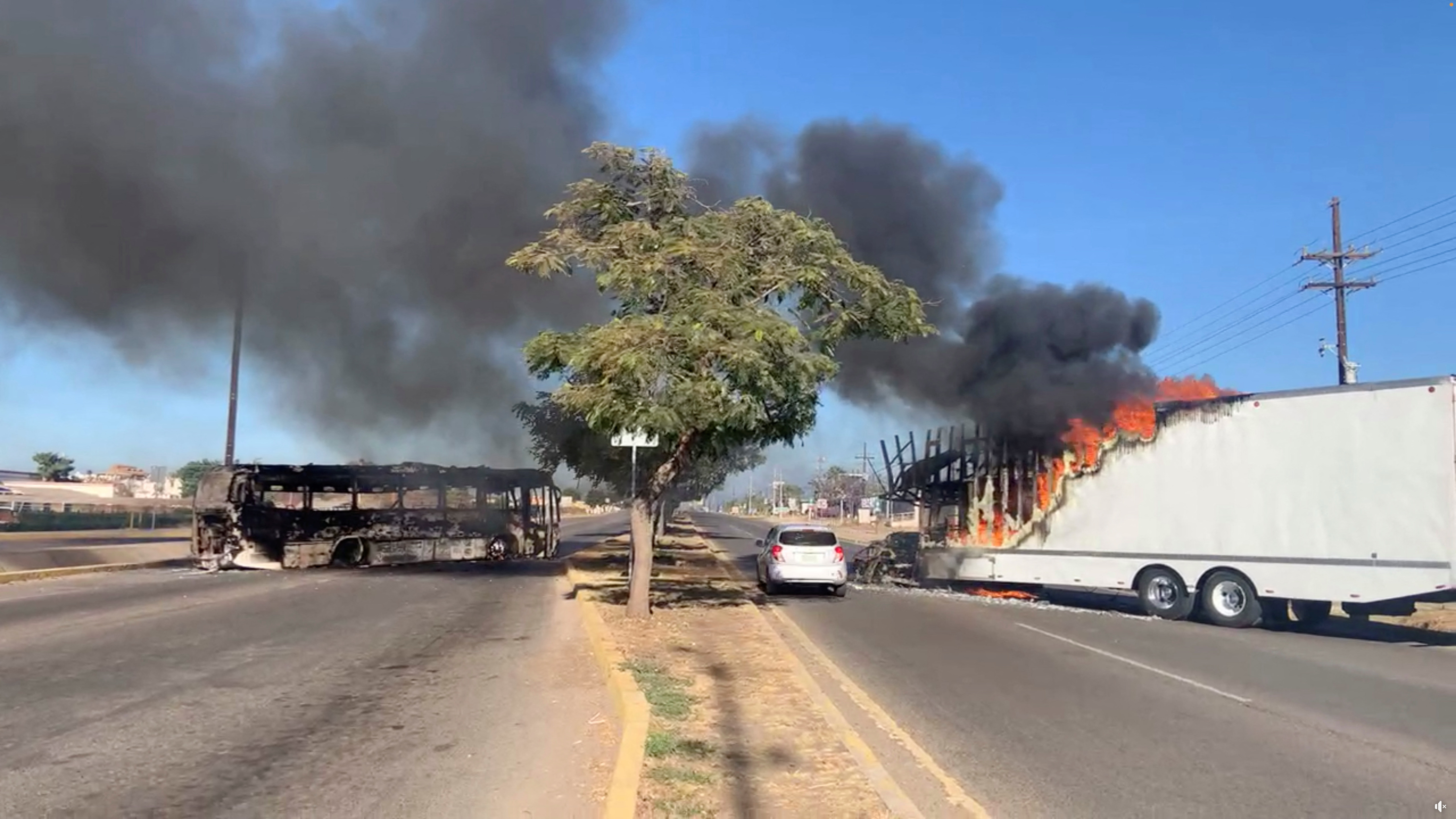 A car drives past a burning trailer set on fire by members of a drug gang, following the detention of Mexican drug gang leader Ovidio Guzman, a son of incarcerated kingpin Joaquin “El Chapo” Guzman, who has been arrested by Mexican authorities, in Culiacan, Mexico, January 5, 2023 in this still image obtained from social media video. Riodoce via REUTERS 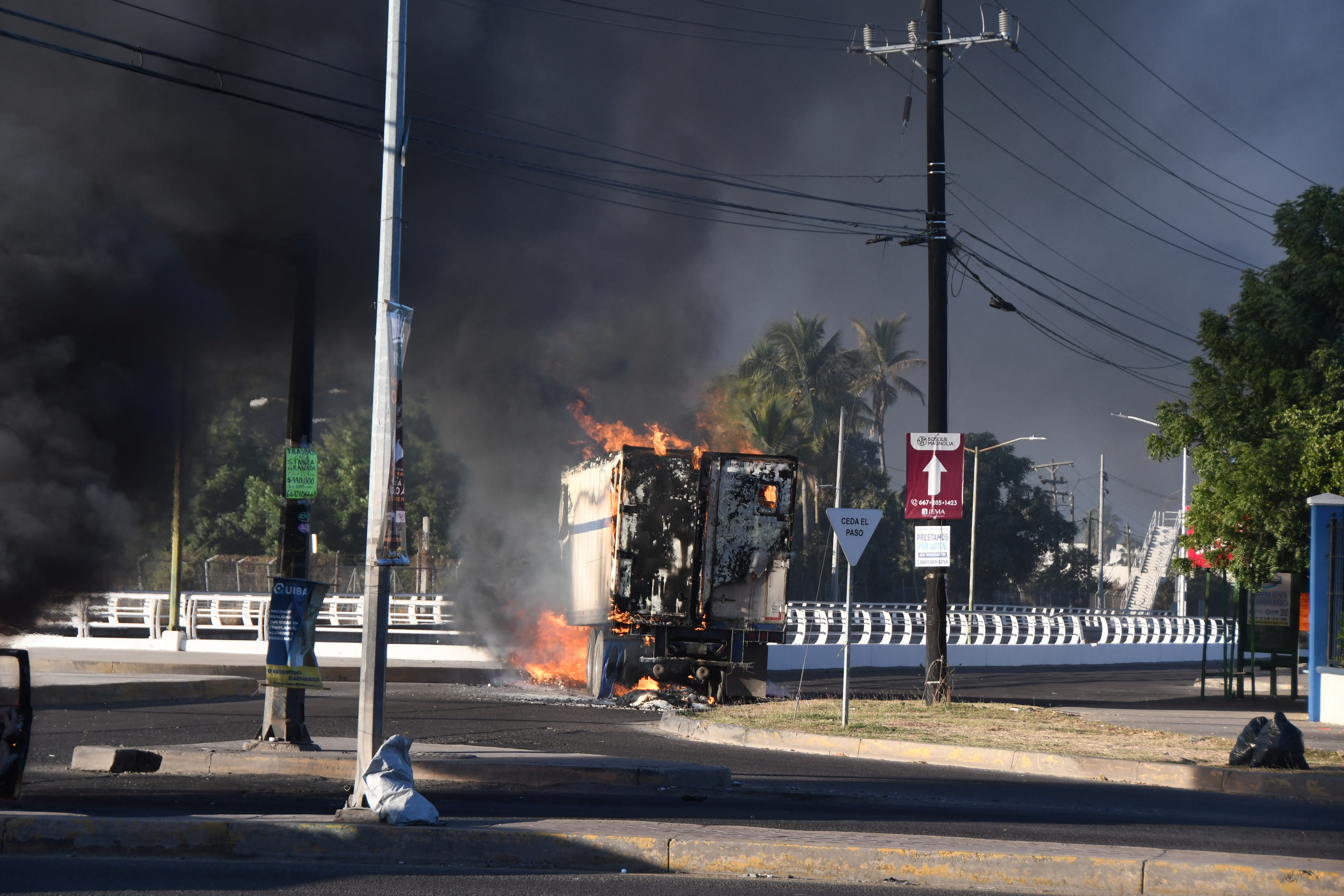 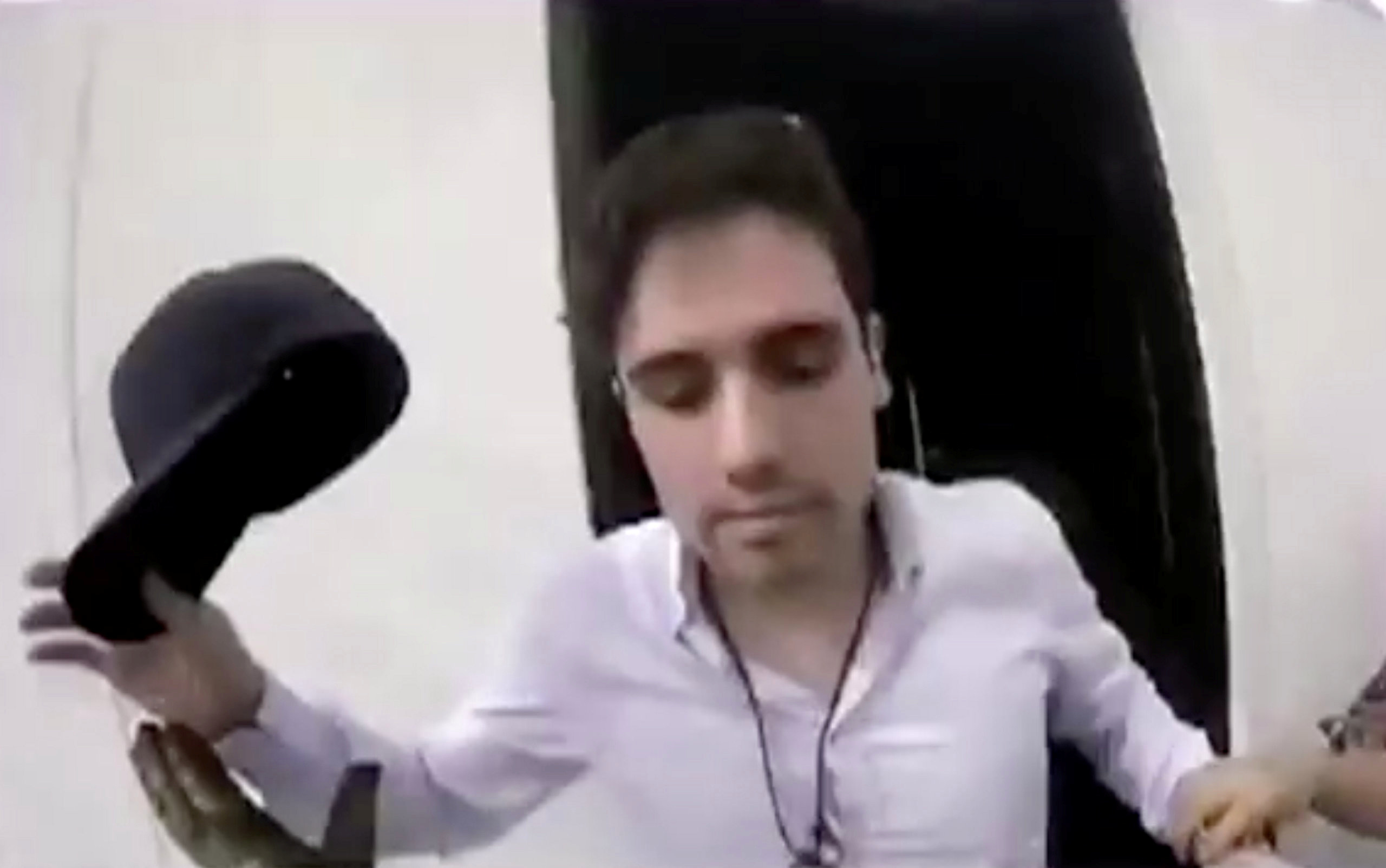 Ovidio Guzman, son of kingpin Joaquin “El Chapo” Guzman, is briefly captured by Mexican military police in a residential compound near the centre of Culiacan in the state of Sinaloa, Mexico October 17, 2019 in this still image taken from a helmet camera footage obtained October 30, 2019. Mexican Government TV/Handout via REUTERS