Michael Dell with his wife, Susan, and two of their children, Juliette and Zachary. Zachary works in the VC world. 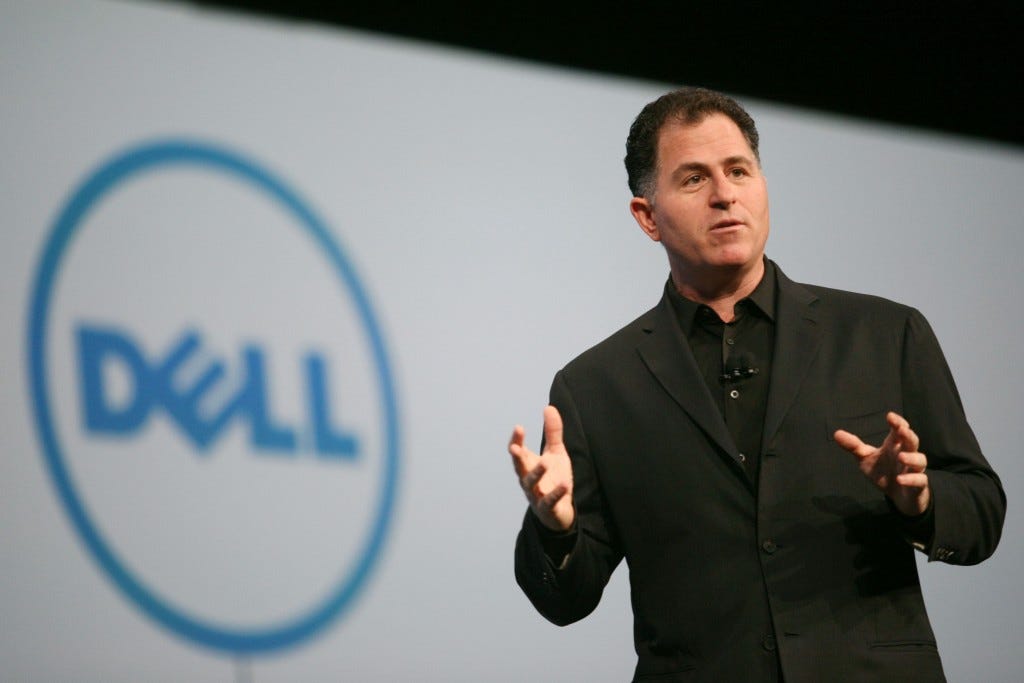 Michael Dell is the CEO of Dell.

Michael Dell is one of the most notable tech entrepreneurs from the Lone Star State. He founded his PC company in 1984 while studying at the University of Texas at Austin, and since then the company has grown to become one of the largest technology companies in the world, with a market cap of $30 billion.

Forbes estimates that Michael Dell has a net worth of more than $50 billion, making him among the 25 richest people on the planet.

Dell and his wife, Susan, raised their family in Austin long before it was dubbed the next big tech hub. Far from the bubble of Silicon Valley, their four children — Alexa, Zachary, Juliette, and Kira — have mostly avoided the scrutiny that the children of other billionaire tech moguls, like Eve Jobs and Jennifer Gates, have faced. But they still count as “nepo babies.”

The term — popularized by a New York magazine story published last month on the nepo babies of Hollywood — refers to children and family members who climbed the ranks of their respective industries with help from family connections.

Nepotism also exists in tech, and several of Dell’s close family members followed in his footsteps, working in the tech world and likely cashing in on their famous last name at various points in their careers.

Meet Dell’s four children and his brother, Adam Dell, and see how their connections gave them a leg up. Michael Dell’s younger brother, Adam Dell, has worn many hats in the investing and tech world.

Adam Dell started his career as a lawyer, but in 2000, at 30, he launched a venture-capital fund, Impact Venture Partners, with $100 million in funding. A Forbes report at the time said the fund counted MSD Capital, Michael Dell’s private investment firm, as one of its major backers.

Because Michael Dell and other members of the Dell clan invested in Impact Venture Partners, it was a family win. A New York Times report indicated Michael Dell, Susan Dell, and their children’s trust received about $12 million in total from the acquisition, while Adam Dell got $970,000 and Michael and Adam Dell’s parents got $450,000.

After the MessageOne deal, Adam Dell launched a personal-finance app, Clarity Money, which Goldman Sachs later acquired. Adam Dell was a partner at Goldman until 2021.

Last year Adam Dell started Domain Money, a platform for investing in stocks and cryptocurrencies. The startup has raised $33 million so far. According to Crunchbase, investors include two friends of Michael Dell’s: the Salesforce founder Marc Benioff and the Palantir cofounder Joe Lonsdale. 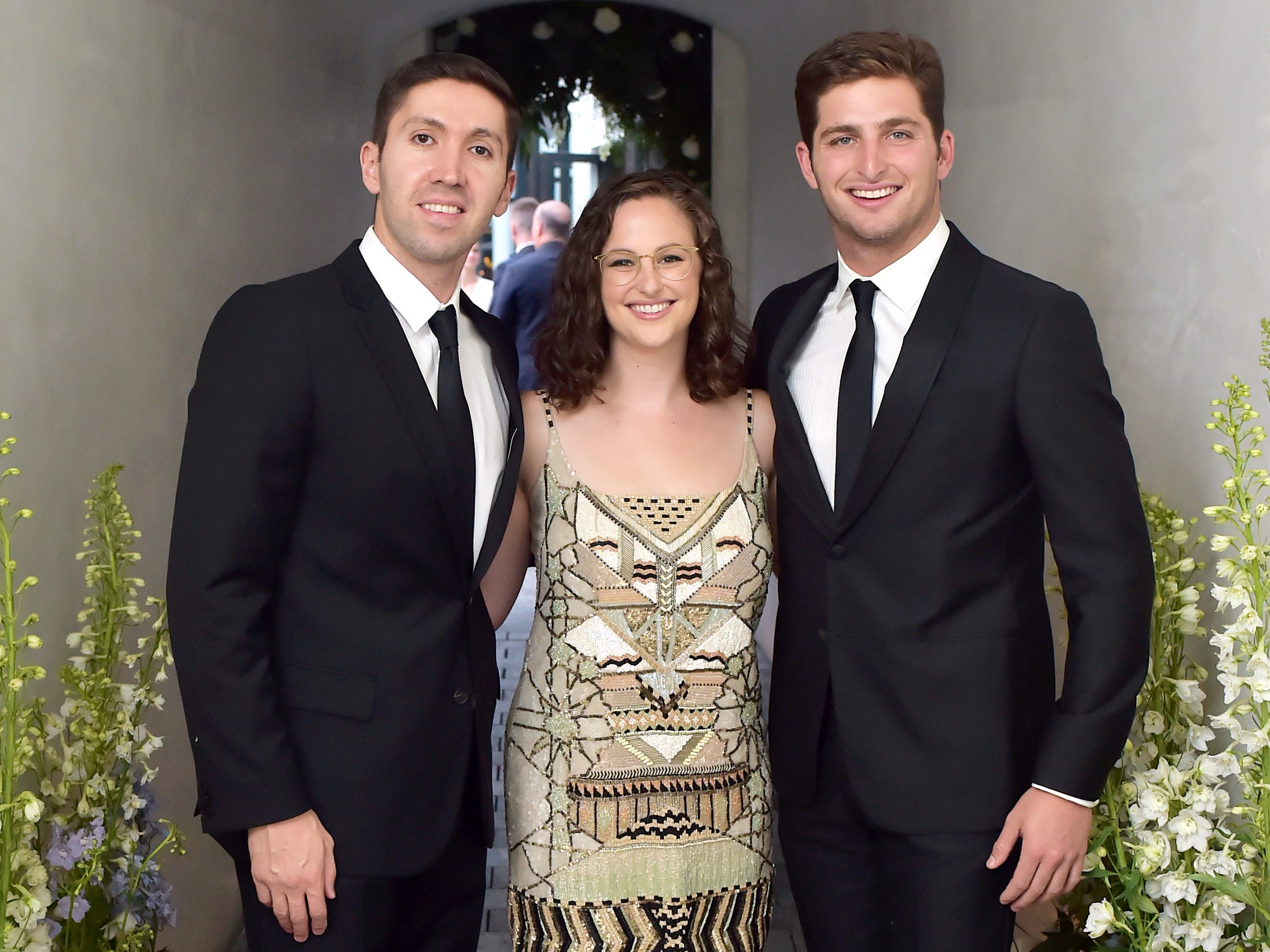 Kira Dell, Michael and Susan’s oldest child, has strayed the farthest from the family business.

After graduating from Vassar, Kira Dell worked as a teacher for several years. She then worked in product management at several social-justice-focused companies, including a nonprofit called Endeavor and a “social care technology” company called Findhelp.

She now works as an independent consultant, according to her LinkedIn page. 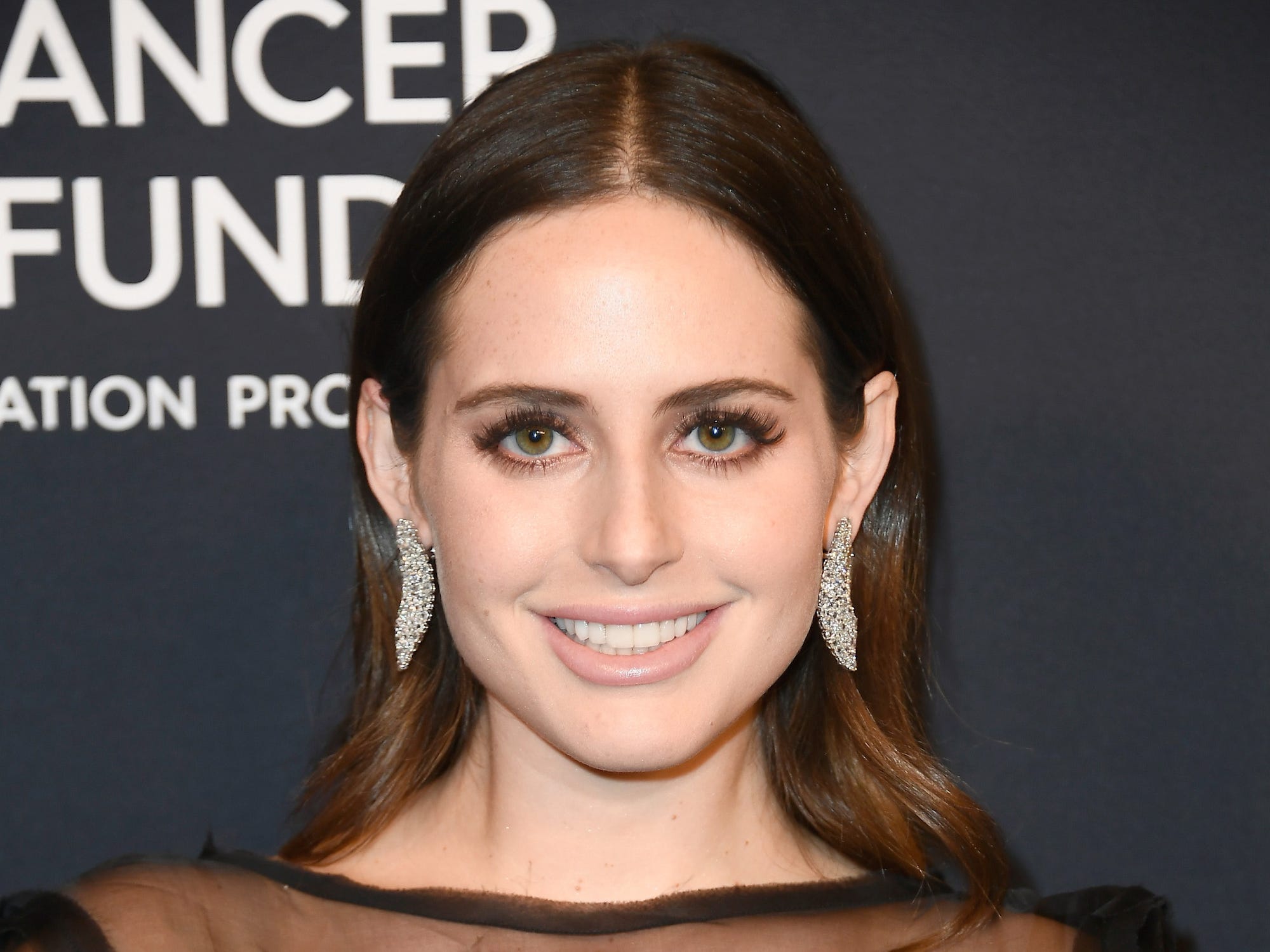 In 2012, Alexa Dell, the second oldest of the Dell children, made headlines when, at 18, she posted a photo on Instagram of her brother, Zachary, on the family’s private plane “en route to Fiji.” The photo went viral on the Tumblr blog Rich Kids of Instagram, and their father’s security detail had her account suspended for safety reasons, she told Insider in 2018.

Alexa Dell dropped out of Columbia University in 2013 and started working at a dating company. After that, she started a tech consulting firm. She also dated Tinder CEO Sean Rad.

In 2014, Alexa Dell was named in the sexual-harassment case brought against Tinder by Whitney Wolfe Herd, the former Tinder executive and Bumble cofounder. The complaint identified Alexa Dell as a confidante of Herd’s and included text messages showing the two talking about Herd’s problems with Tinder’s cofounder Justin Mateen.

In 2016 she joined Bumble — based in her hometown of Austin — as a company advisor and branding consultant.

When Alexa Dell was 24, she got engaged to the real-estate investor Arshia Harrison Refoua, who proposed with a ring estimated to be worth $3 million. 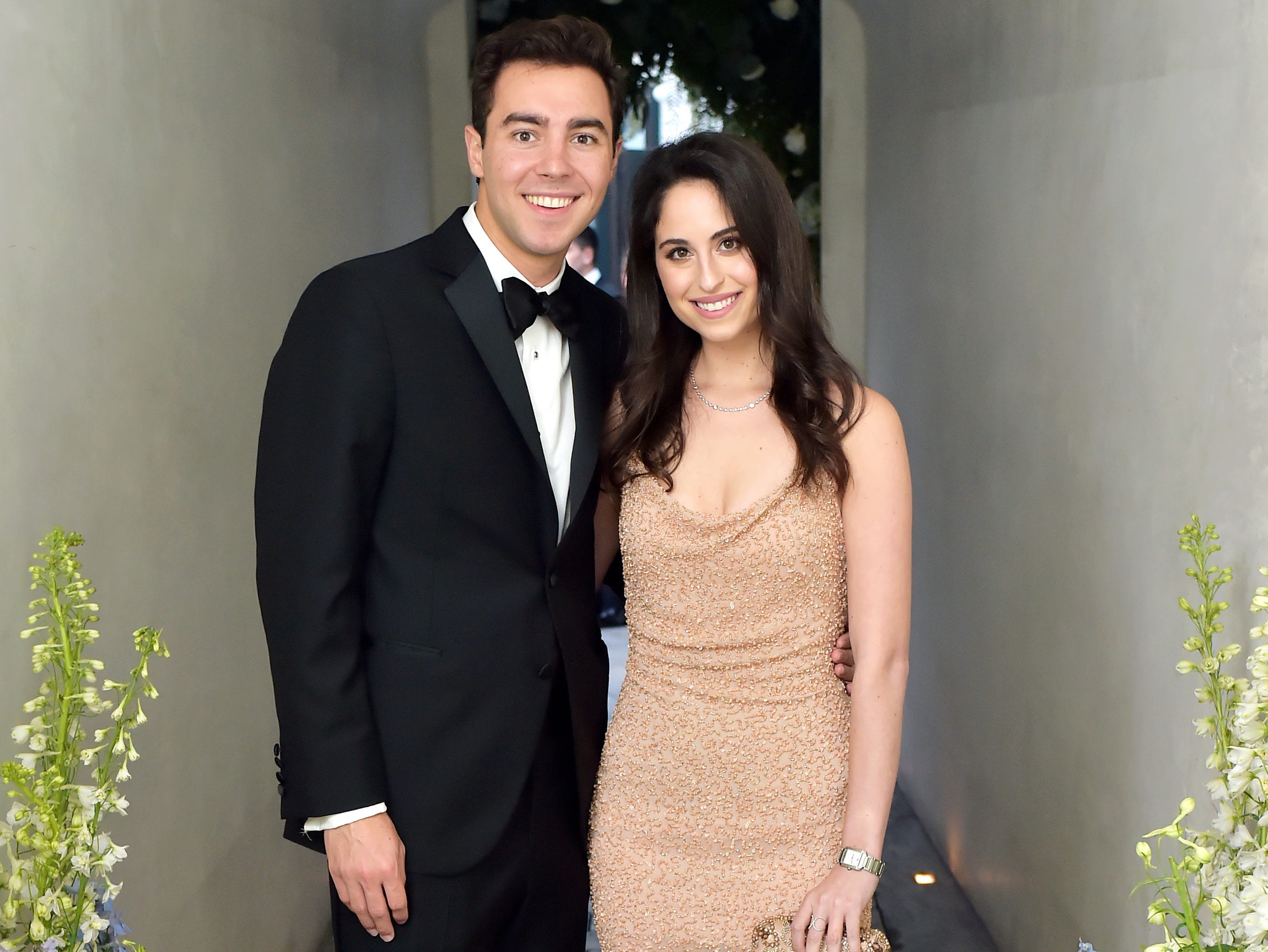 Juliette Dell moved away from the tech world — but not before taking a summer marketing and communications internship at her father’s shop, Dell Technologies, in 2016, according to her LinkedIn profile.

Since then she’s entered the other Dell family business: fashion. Her mother, Susan Dell, founded the sportswear label Phi in 2003. The brand shuttered in 2009.

According to her LinkedIn page, Juliette Dell interned at the luxury designer Hermès before getting a job with the couture designer Reem Acra.

She also competes in horseback riding —a sport enjoyed by her peers like Jennifer Gates and Eve Jobs. 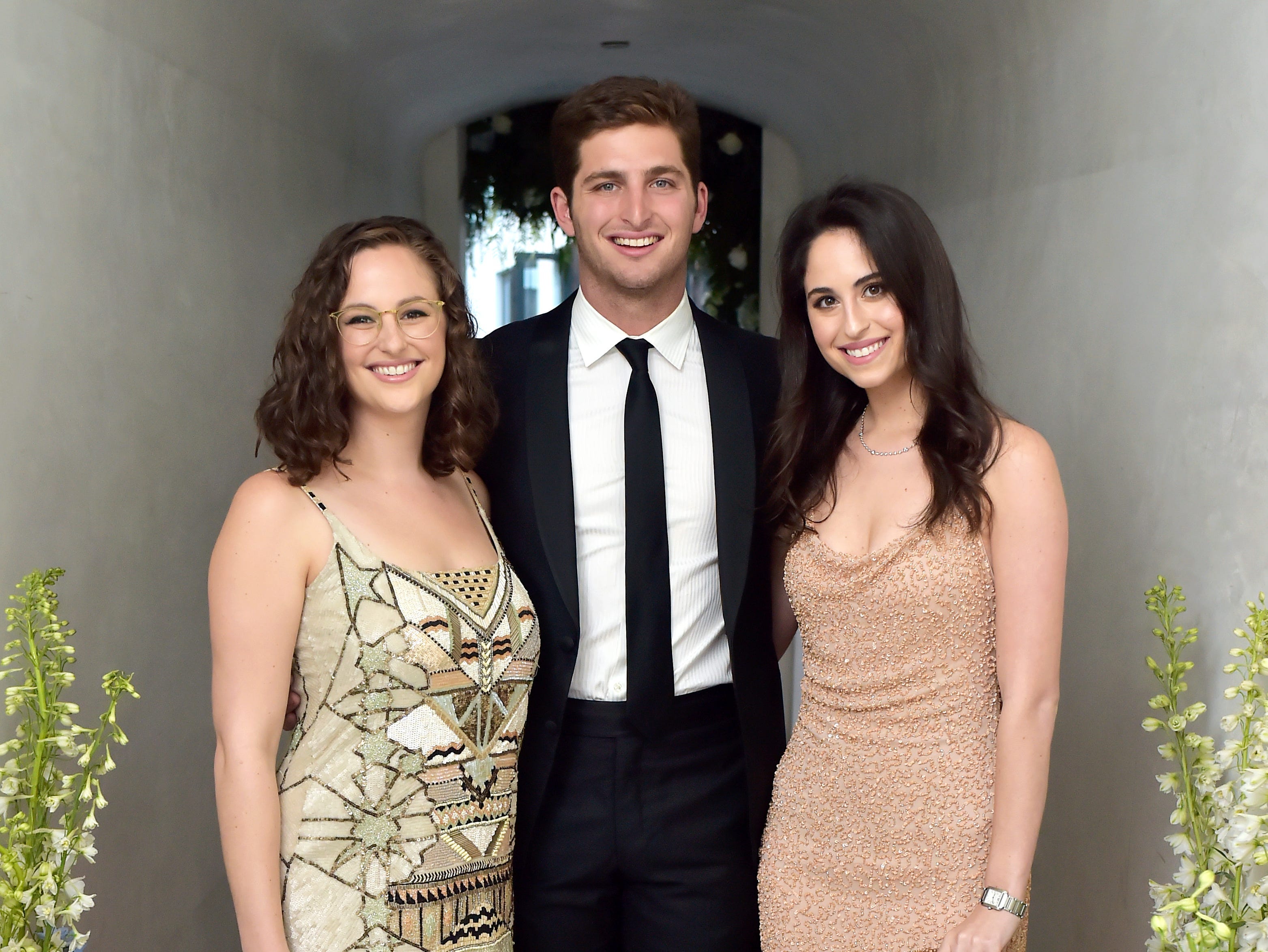 Zachary Dell with his sisters Kira and Juliette at Alexa Dell and Harrison Refoua’s engagement party in 2018.

Previously, Zach Dell was a private-equity analyst at Blackstone for a little over a year — he’d worked there as a summer analyst after graduating from college in 2019.

Zach Dell attended the University of Southern California, where he studied psychology and economics and was in the Sigma Chi fraternity, according to his LinkedIn. While at USC, he was a summer intern at MSD Capital, his father’s family office.

While he was in high school, Zach Dell founded a dating app similar to Tinder called Thread. His LinkedIn indicates he was the chairman and founder of the company from July 2013 to January 2016. Thread, which was available only to students who had a University of Texas email address, was focused on finding relationships instead of hookups and used the tagline “Stay Classy,” HuffPost reported.

Though Zach Dell said his father wasn’t an investor in his app, he counted among his investors Mark Benioff, the Salesforce CEO and good friend of his father’s, and the Silicon Valley “super angel” investor Ron Conway.

“I heard ‘no’ a lot,” Zach Dell told Total Frat Move about fundraising. “Early on, it was tough to convince investors to roll the dice on an 18-year-old kid, but after a while, word started to spread that I was the real deal, and some of the top investors in the industry were willing to hop onboard.”

His father was, however, listed as a company advisor, as was Whitney Wolfe Herd, the Tinder cofounder who would go on to cofound Bumble and is a close friend of his sister’s.

“My dad and I are extremely close,” Zach Dell told Silicon Hills News in 2014. “When I started asking him about starting his business and what it meant to be an entrepreneur, he started telling me more and more. He would give me little lessons every time we were in the car and use real-world examples, like the Bernie Madoff scandal, to teach me about insider trading.”

Thread failed to take off, but Zach Dell tried his hand at entrepreneurship again, founding Sqwatt, a startup that was supposed to build “low-cost sanitation solutions for the developing world,” HuffPost reported. (The company now appears to be called SaniSolvr.) His LinkedIn says he was head of operations and growth for Sqwatt from September 2016 to January 2020.

Home » Audio Sources - Full Text Articles » Michael Dell’s nepo babies: How the family of the billionaire computer mogul is making moves in the tech industry
a