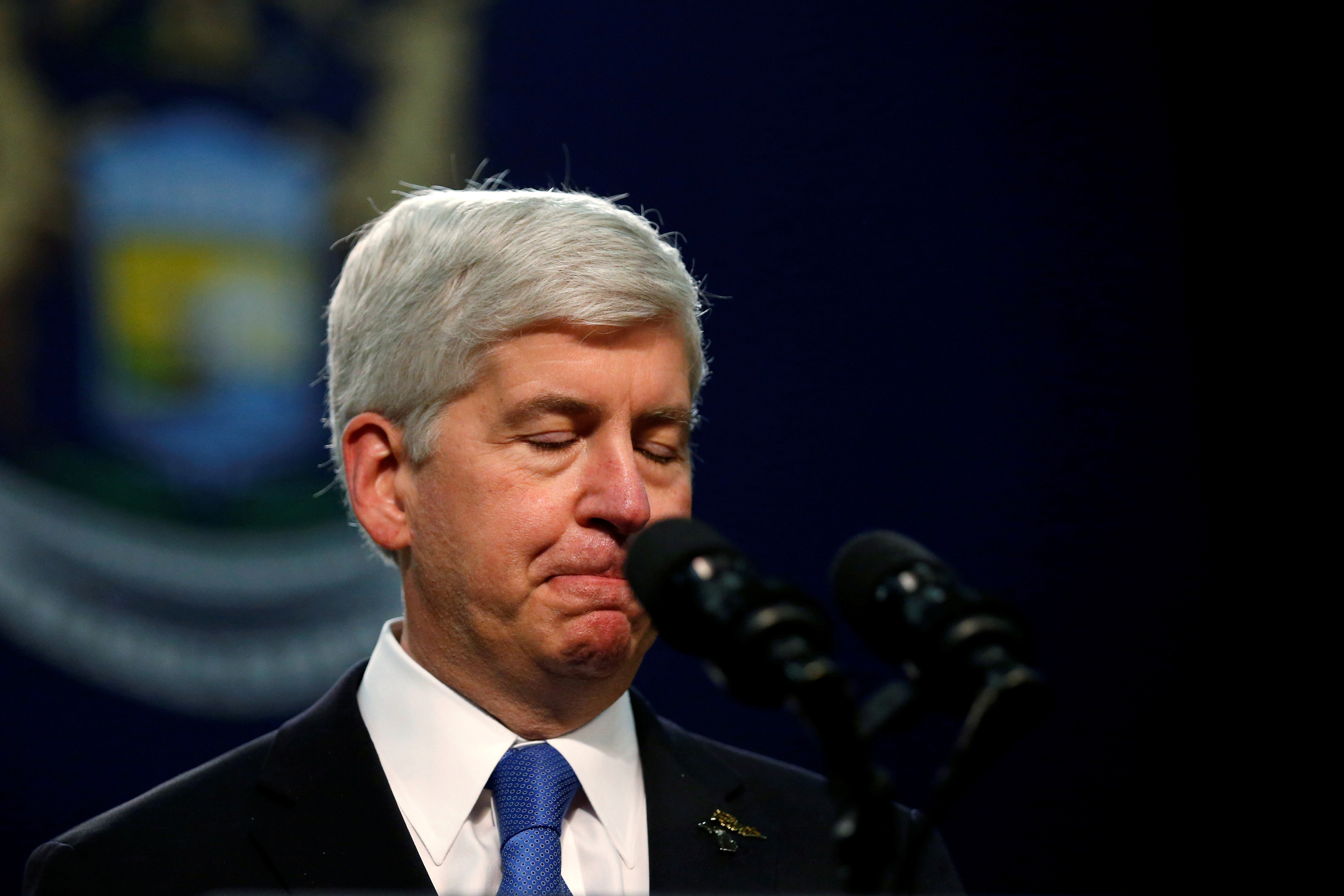 Michigan Governor Rick Snyder pauses as he speaks at North Western High School in Flint, a city struggling with the effects of lead-poisoned drinking water in Michigan, May 4, 2016. REUTERS/Carlos Barria/File Photo

A Michigan judge on Friday dismissed charges against former Governor Rick Snyder in connection with the Flint water crisis, several months after the state Supreme Court ruled that grand jury indictments returned in the case were invalid, the Associated Press reported.

Under state-appointed managers, the government of Flint, a majority-Black city, switched its water supply from Lake Huron to the Flint River to cut costs in 2014. Corrosive river water caused lead to leach from the pipes, exposing thousands of children to lead poisoning and leading to an outbreak of Legionnaires’ disease.

Snyder, who left office in 2019, was the among the state officials accused of being responsible for the crisis and initially charged in the case. But in October, a judge threw out the indictments against the officials, ruling them invalid due to a procedural error.

The decision stemmed from a June ruling by the Michigan Supreme Court that “one-person grand juries” do not have authority to bring indictments, Judge Elizabeth Kelly of the 7th Judicial Circuit Court said in dismissing the charges, though they have power to subpoena witnesses and issue warrants.