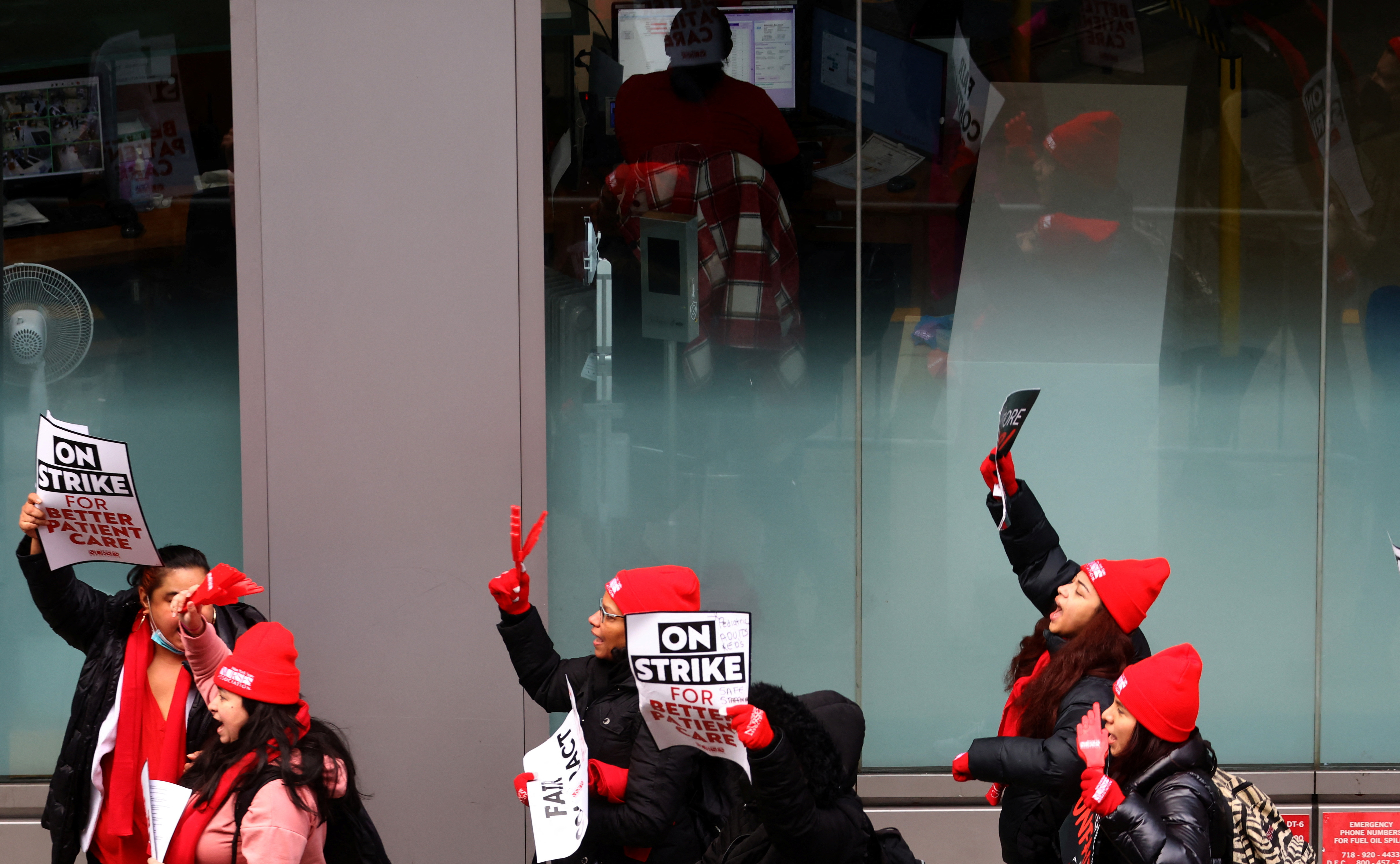 Thousands of nurses at two New York City hospitals went on strike on Monday after contract negotiations stalled over pay and staffing levels, a move that caused one of the facilities to postpone procedures and appointments.

The walkout involves more than 7,000 nurses at Montefiore Medical Center in the Bronx and Mount Sinai Hospital in Manhattan, the New York State Nurses Association said in a statement.

“These nurses are dedicated professionals who provide quality patient care under unimaginable conditions,” New York State AFL-CIO president Mario Cilento said. “The hospitals’ treatment of these nurses is proof that all their words of adulation for their healthcare heroes during the pandemic were hollow.”

The hospitals said in separate statements on Monday that they offered a 19.1% compounded wage increase to the nurses. Montefiore Medical Center also said it was committed to create over 170 new nursing positions.

“We remain committed to seamless and compassionate care, recognizing that the union leadership’s decision will spark fear and uncertainty across our community,” Montefiore Medical Center said.

Since beginning contract negotiations four months ago, the union had been able to reach agreements or new contracts for nurses at seven other New York City hospitals.

On Sunday, nurses at Mount Sinai Morningside and West reached a tentative agreement on a new contract that included improved staffing standards and enforcement, and increased salaries over the next three years, the union said.

The union urged people who are sick to seek care, regardless of potential concerns over crossing picket lines of striking nurses.

New York City Mayor Eric Adams said on Sunday that he and his staff were closely monitoring the situation and that the city’s health care system is prepared to meet any challenges that may arise due to the work stoppage.