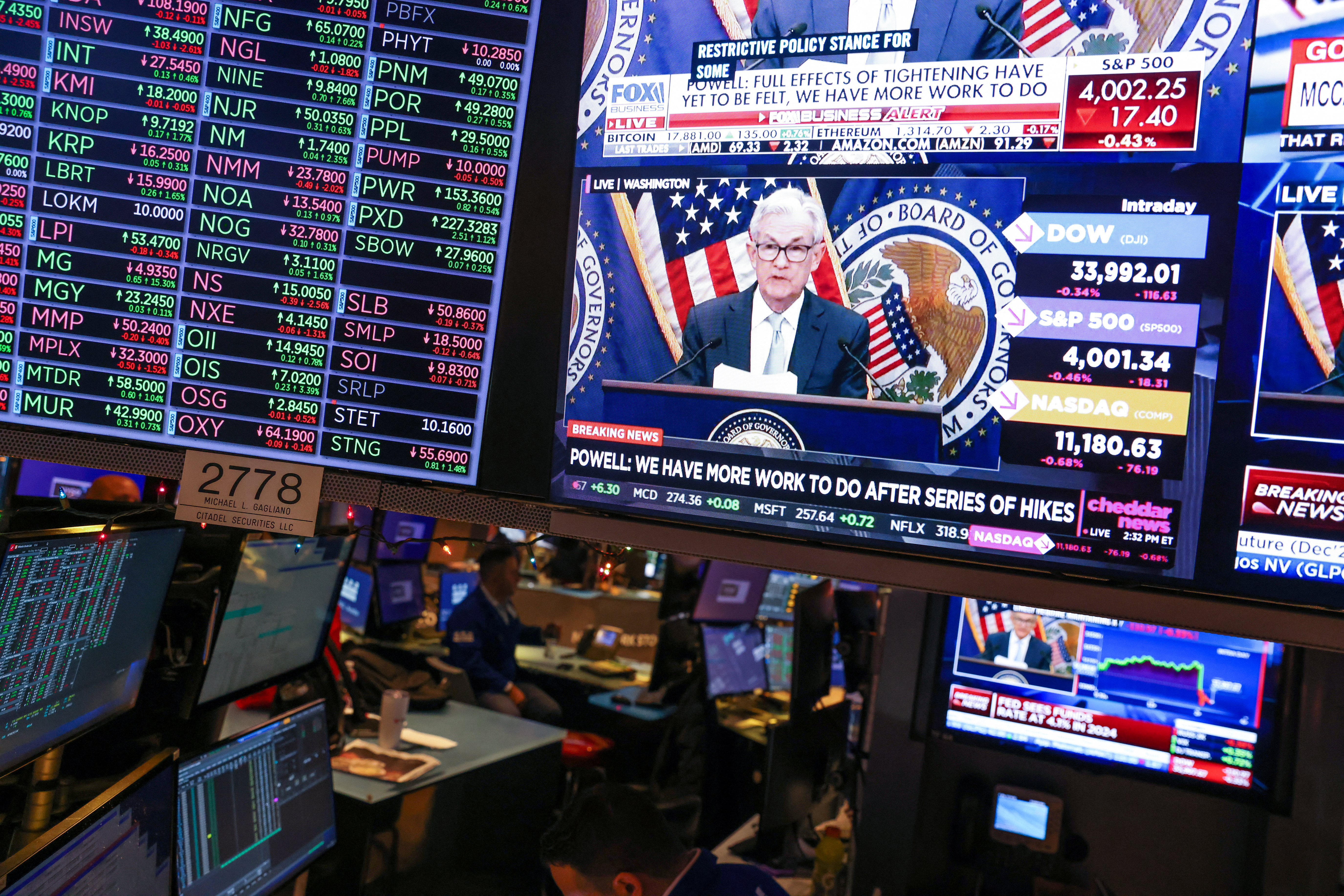 A look at the day ahead in U.S. and global markets from Dhara Ranasinghe

Forget peak U.S. interest rates for a minute, markets already want to know when the Federal Reserve will start making cuts — later this year, if money market futures are to be believed.

Any upcoming data, therefore, should be viewed in the context of that debate and the pushback investors are likely to get from Fed officials.

Indeed, minutes from the Fed’s December meeting, released on Wednesday, cautioned against expectations for late-year rate cuts that traders have priced in. And Gita Gopinath, a deputy managing director at the International Monetary Fund, warns U.S. inflation has not “turned the corner yet” and it is too early for the Fed to declare victory.

Markets, renowned for running ahead of time, are not buying that argument. They price in roughly 40 basis points worth of rate cuts in the second half of the year and the key is whether inflation will slow enough for the Fed to ease.

Essential to that outlook is, of course, the labour market, putting Thursday’s weekly jobs data, a precursor to Friday’s closely-watched non-farm payrolls report, in the spotlight.

The December ADP National Employment report is released later on and economists polled by Reuters expect it to show private employment increased by 150,000 jobs after a 127,000 increase in November.

So perhaps it is too early to be talking about rate cuts?

Moving on, there are two other noteworthy factors to draw attention to.

The first is China’s battle with COVID and what that means for the reopening of the economy. China on Thursday defended its handling of its raging COVID-19 outbreak after U.S. President Joe Biden voiced concern and the World Health Organization said Beijing was under-reporting deaths from the virus.

Second is a slump in energy prices. European gas prices are now at their lowest since late 2021, helping ease concern about a deep recession, especially in the euro area.

Still, U.S. stock futures point to a weak start for Wall Street shares , and European shares are a touch softer too. But Asian shares, outside Japan, briefly touched a four-month high, driven by hopes over China reopening (.MIAPJ0000PUS).

Key developments that may provide direction to U.S. markets later on Thursday: