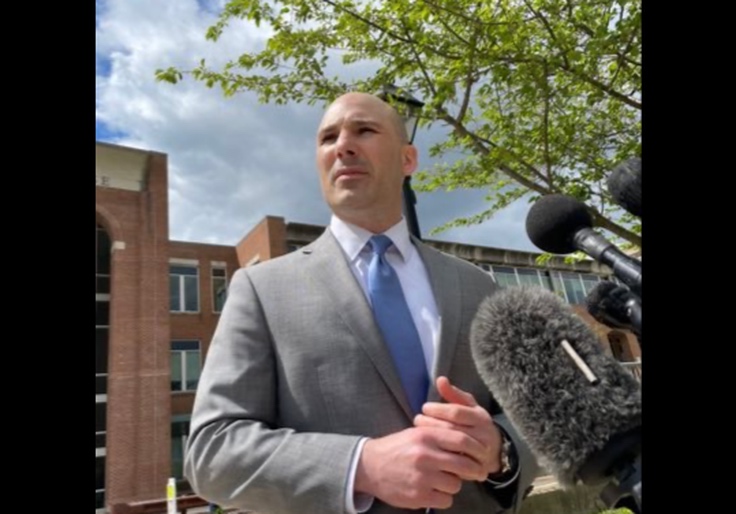 The mother of an 11-year-old rape victim is suing a George-Soros backed prosecutor in Virginia who let the boy’s rapist walk free, alleging the prosecutor’s actions violated the minor’s civil rights and made him fear for his physical safety.

Amber Reel in November filed the federal lawsuit on behalf of her son after Fairfax County commonwealth’s attorney Steve Descano (D.) let the rapist walk. Court filings show Descano was months late in sharing necessary evidence before a September trial, dooming the case and forcing his office to enter into a lesser plea deal with the rapist the same month. Ronnie Reel, who was released on time served, had faced life in prison for forcibly sodomizing the minor. Reel is the victim’s uncle.

This is the second high-profile case in the last month where the Soros prosecutor freed a dangerous offender. In December, Descano struck a plea deal that would clear the record of a man who fired his gun into a crowded Virginia bar. Soros donated more than half a million dollars to Descano’s 2019 campaign.

A grand jury had already indicted Reel in February for sodomy and aggravated sexual battery, and the case was set for trial in September. But Descano’s office didn’t share evidence with the public defender before trial, bungling Reel’s prosecution with its “woefully, woefully missed” deadlines. The case’s presiding judge said Descano’s office did a “disservice to the victim” and was “very concerning to the court.”

Because he dodged a felony sex crime conviction, Reel won’t have to register as a sex offender and won’t be barred from holding jobs in schools or other places that would put him near children. The victim and his mother in their suit say Descano’s “deliberate indifference represents egregious conduct that is shocking to the conscience.”

“We have to deal with feeling like we’re in danger,” Amber Reel told Fox 5, which first reported the lawsuit. “There’s other kids out there. He’s going to move into a neighborhood. What if there’s a school down the road?”

A spokesman for Descano did not respond to a request for comment.

The victim also claims Descano lied by saying it was the first time his office had failed to submit evidence for a case. The prosecutor missed deadlines for evidence in January on a case involving a man who solicited a minor online for sex. The case was dismissed in July due to Descano’s failure.

Fairfax County circuit court chief judge Penney Azcarate confirmed in court that Reel’s case was “not the first time” she saw a failure by Descano’s office lead to charges being dismissed, according to a September court transcript. By failing to provide evidence, Azcarate added, the office had broken the law.

Nor was it the first time Descano lied over the course of the Reel case. According to the federal lawsuit, the prosecutor said he would keep the victim and his mother abreast of any plea negotiations in accordance with Virginia law but then failed to do so, adding “insult to injury,” they say.

Even Reel’s defense attorney piled on after the case was dismissed, telling Fox 5 that Descano’s office tried “to make excuses for their failure to do their job.”

Last week, a group of crime victims asked Virginia governor Glenn Youngkin (R.) and Virginia attorney general Jason Miyares (R.) to investigate Descano “for possible neglect of duty, misuse of office, incompetence, and violations of the civil rights of crime victims.” One of those victims was the owner of the Virginia bar threatened by a gunman Descano let off easy this month.

“Steve Descano’s office has shown more concern for those who commit crimes than those who are victimized,” said Jenna Kuhn, the owner of Sully’s Pour House. “Governor Youngkin and Attorney General Miyares should help us uncover how and how many victims have been trampled over by Steve Descano.”

Virginia Democrats killed a bill earlier this year that would have empowered Miyares to take up cases botched by soft-on-crime prosecutors. Miyares has frequently warned that prosecutors like Descano have a “criminal first, victim last mindset.”

Descano moved to dismiss the case on Tuesday, arguing in court filings that under federal law prosecutors are “immune from liability” when carrying out the work of justice. He said the victim’s mother failed to substantiate her claims or detail any relief that was owed. Descano also said he should not be held responsible for the work of one of his assistant prosecutors.

A preliminary hearing is scheduled for Jan. 27, 2023, at 10 a.m. On Monday, Descano’s office let another rapist walk—this time because it missed a November deadline for evidence.