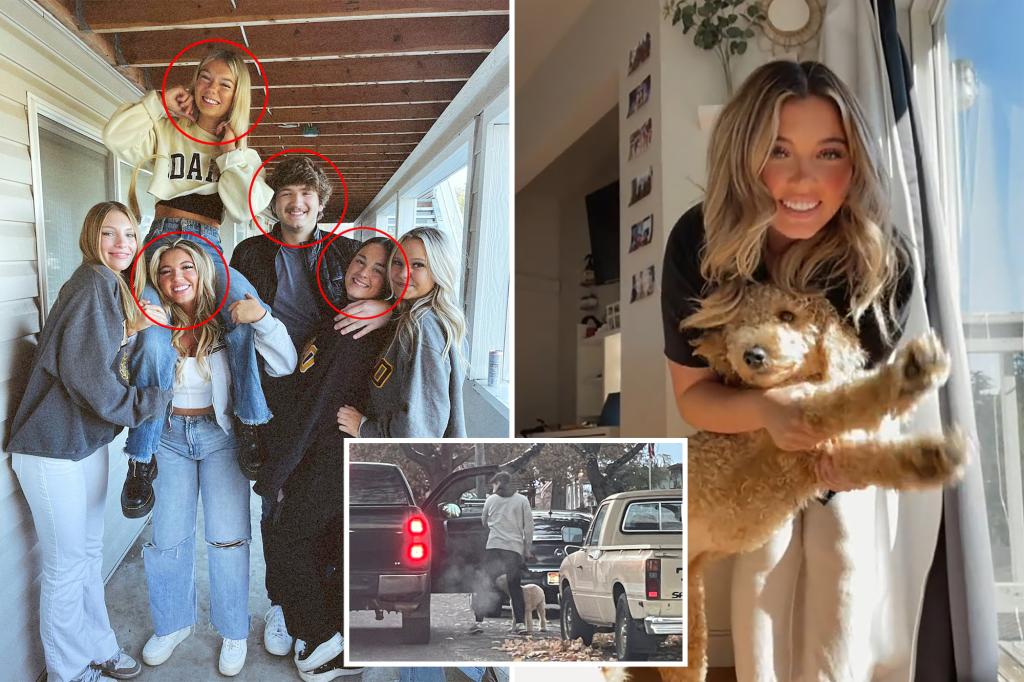 MOSCOW, Idaho — TikTok videos have emerged of murdered University of Idaho student Kaylee Goncalves with her adorable dog Murphy, who now appears to be in the custody of her on/off-boyfriend Jack DuCoeur.

An exclusive photo obtained by The Post shows a person who appears to be Jack with a dog matching Murphy’s description leaving his parents’ house for a walk in the days following his girlfriend’s brutal murder.

Video of Kaylee with her pup has gone viral after she and three others students were killed on Nov. 13 — with the murderer still at large.

In one video, Kaylee dances with Murphy to “Everything She Ain’t” by Hailey Whitters.

The Moscow Police Department said Monday officers had “located a dog at the residence” after the brutal murders — who had been spared the brutality, alongside two surviving roommates on the first floor of the property.

“If only the dog could speak 🙁 rip beautiful girls,” one commenter wrote on the video of Kaylee with the dog. 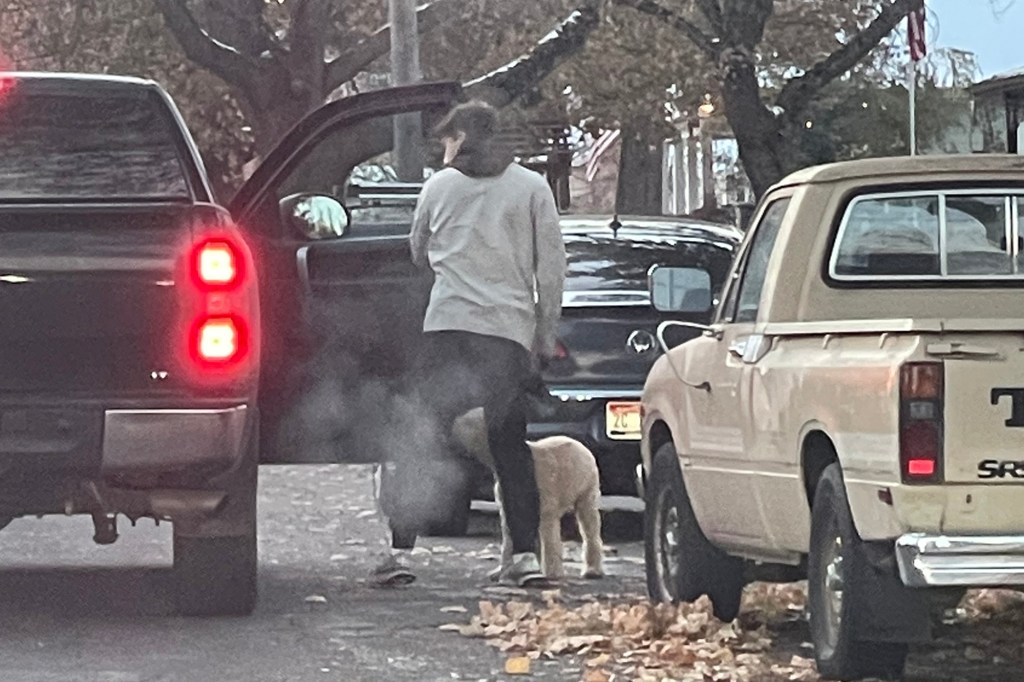 Jack DuCouer and Murphy, a dog he shared with murder victim Kaylee Goncalves, are seen Tuesday, Nov. 22, 2022, in Idaho.Haley Brown/N.Y.Post 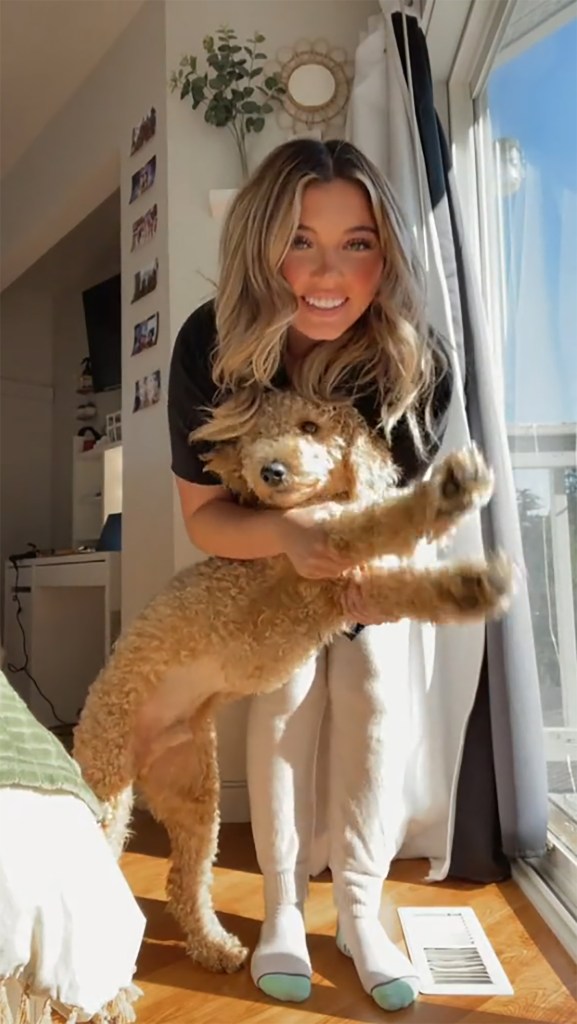 Kaylee made videos with her adorable dog.TikTok/kayleegoncalves0 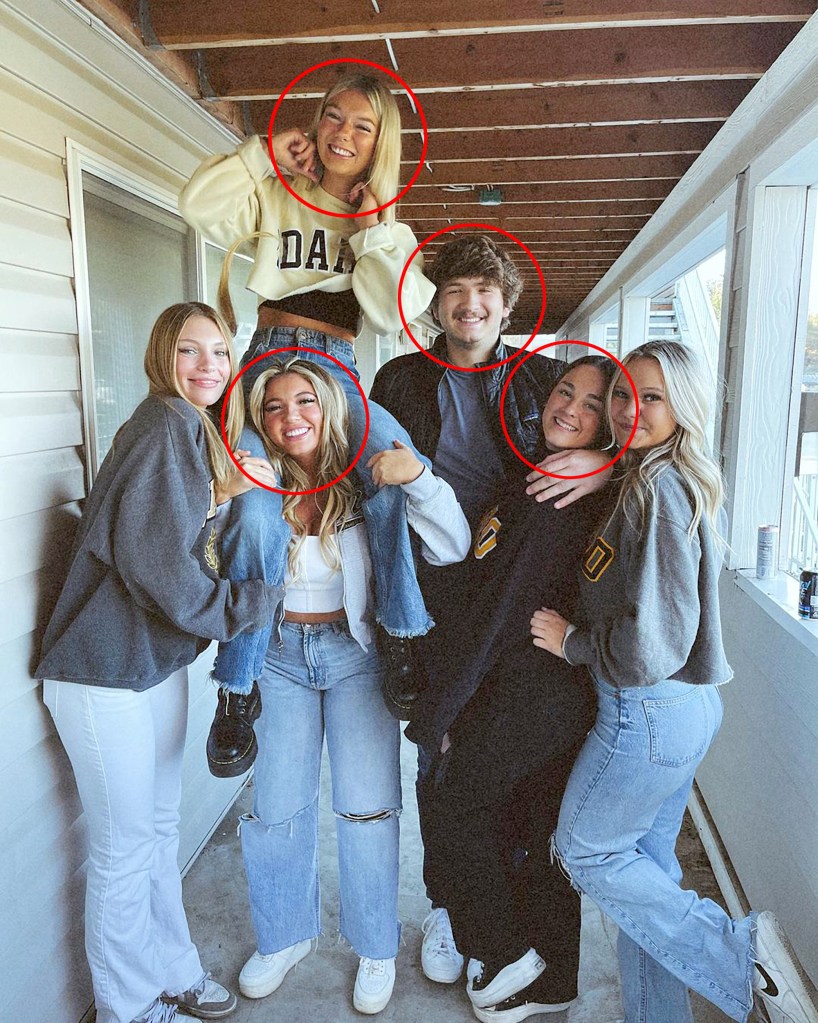 A final photo of the victims, just hours before their untimely deaths. The four University of Idaho students who were found dead in off-campus housing were identified on Monday as Madison Mogen (top left), 21, Kaylee Goncalves (bottom left), 21, Ethan Chapin (center), 20, and Xana Kernodle (right), 20.

Police had said that “the dog was unharmed and turned over to Animal Services.”

Kaylee shared the dog with Jack — whom she was on a break from dating at the time of the murders — her sister told the New York Times.

She and her friend Madison Mogen, 21, called Jack 10 times shortly before they were killed, but her parents have insisted he is not to blame for the gruesome deaths and told of his devastation at losing his girlfriend.

Couple Ethan Chapin, 20, and Xana Kernodle, 20, were also among those murdered on the second and third floors of the house.

The dog appeared in the background of another TikTok video, and seemed beloved by all the roommates at the six-bedroom off campus home.

Kaylee’s TikToks have racked up millions of views since her death.

Police have still not identified a suspect in the murder, although Kaylee’s parents, Steve and Kristi Goncalves, said police told them the killer was “sloppy” and left a mess of evidence.

“It was a complex and terrible crime and it will take some time to resolve,” Moscow Police Chief James Fry warned.

“We believe they’re targeted because we take a totality of all the circumstances we’re looking at. Do we know any one person that was targeted?” Fry also said. “We’re not able to say at this point in time due to our investigation, but we still believe that.”