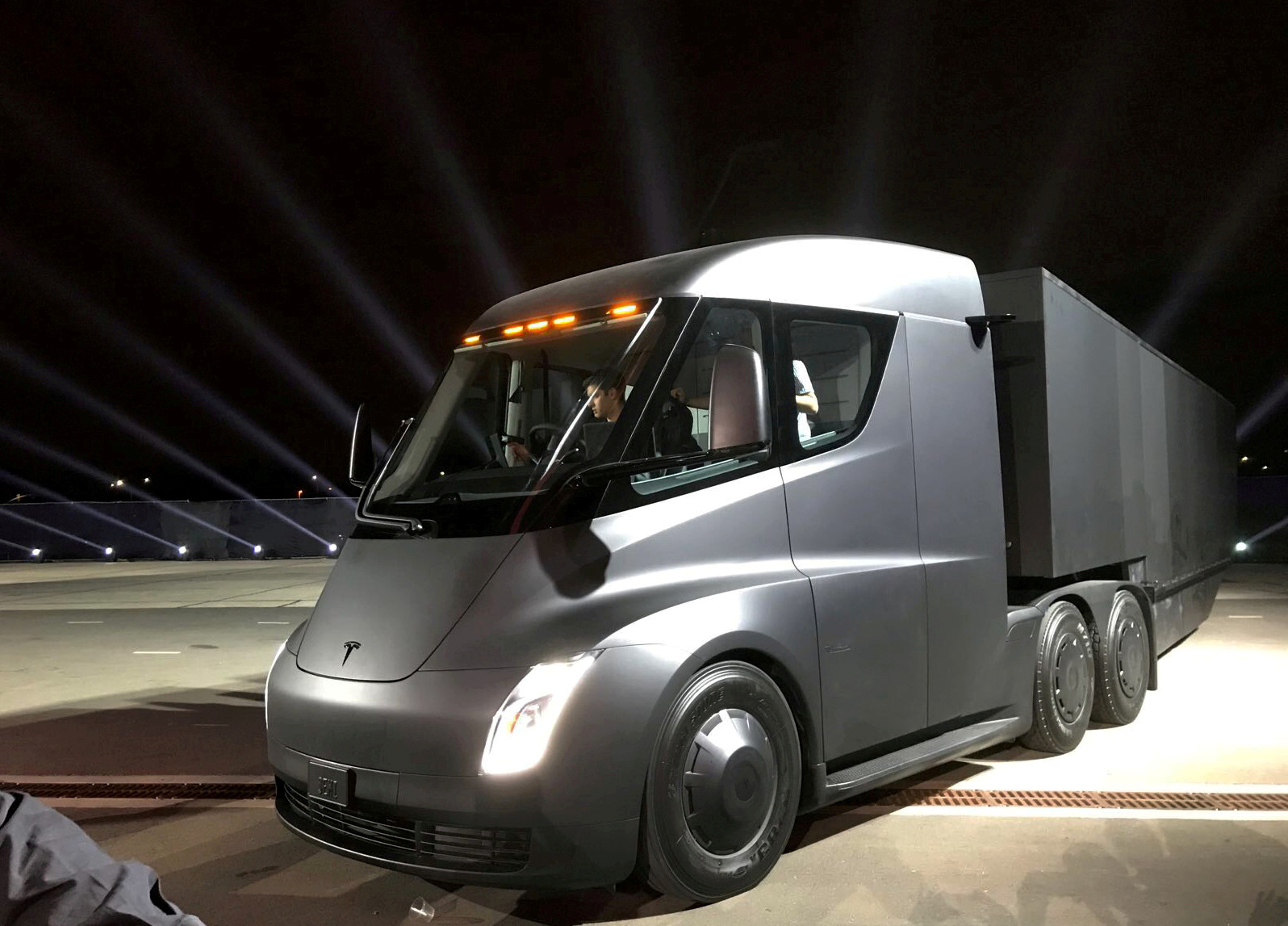 Tesla (TSLA.O) is set to unveil on Thursday its long-delayed Semi, a 18-wheeler heavy duty vehicle that has faced skepticism from industry experts who doubt battery electric trucks can take the strain of hauling hefty loads for hundreds of miles.

The launch marks the electric carmaker’s first foray into the trucking business as U.S. President Joe Biden’s administration is set to offer a generous $40,000 tax credit for clean commercial vehicles.

At the unveiling event in Tesla’s battery factory in Nevada, analysts will look for details such as pricing, how much freight the Semi can carry, and its charging speed.

Chief Executive Elon Musk initially said the trucks would be in production by 2019, but that was delayed due to battery constraints. In 2017, Tesla said the 500 mile (805 kilometre) range Semi to be priced at $180,000.

The billionaire, who now runs five companies after buying Twitter, has a record of overpromising on Tesla’s products.

Musk had promised, for instance, that Tesla’s mass-market electric sedan Model 3 would be priced at $35,000, a claim that bombed. The base model now sells at $47,000.

He also previously said it was highly likely that the Semi would be the first Tesla vehicle to have self-driving capability. But in October Musk said Tesla vehicles were not ready to take humans out of the loop.

Robyn Denholm, chair of Tesla, recently said the automaker might make 100 Semis this year. Musk announced the start of production of the truck in early October, and said food and drink giant PepsiCo (PEP.O) would get the first deliveries on Dec. 1.

Some analysts believe it will be harder for the automaker to penetrate the commercial truck market than the mass car trade.

“Tesla is very much the new kid on the block here. It has everything to prove, and it will be proving it against very, very strong legacy competitors,” said Oliver Dixon, senior analyst at Guidehouse.

“Tesla team just completed a 500 mile drive with a Tesla Semi weighing in at 81,000 lbs!” Musk tweeted last week. For Microsoft founder Bill Gates, who has expressed skepticism about all-electric trucks, Musk said: “(Gates) can drive it himself if he wants!”.

Nikola said last month it was slowing deliveries of its electric Tre BEV trucks to slash battery costs that have soared by $110,000 per truck.

“I’m worried not about other competitors,” Nikola boss Michael Loscheller told Reuters on Wednesday. “I want to take diesel trucks off the road,” he said, adding that federal incentives for trucks that run on hydrogen could be more substantial than those battery electric trucks.

Musk has said Tesla needs to mass-produce its cheaper 4680 batteries in-house to build the Semi, which uses five times the number of cells a car needs. But he recently said the Semi will use the traditional 2170 batteries that Tesla gets from suppliers.

“A lot of us are kind of skeptical, because no one else has been able to prove that they can do it,” said Mike Roeth, executive director of the North American Council for Freight Efficiency who attended Tesla’s first prototype Semi presentation in 2017.

At the 2017 event, Musk said the truck could get to 400 miles on a 30-minute charge at solar-powered “mega chargers” without providing details. Finding the power to charge electric vehicles remains a major challenge.

“The whole reason for a truck is to haul around 40,000 to 45,000 pounds of freight,” said Roeth, a former executive at U.S. truck maker Navistar. “And if your batteries weigh too much, or they cost too much … that doesn’t work.”