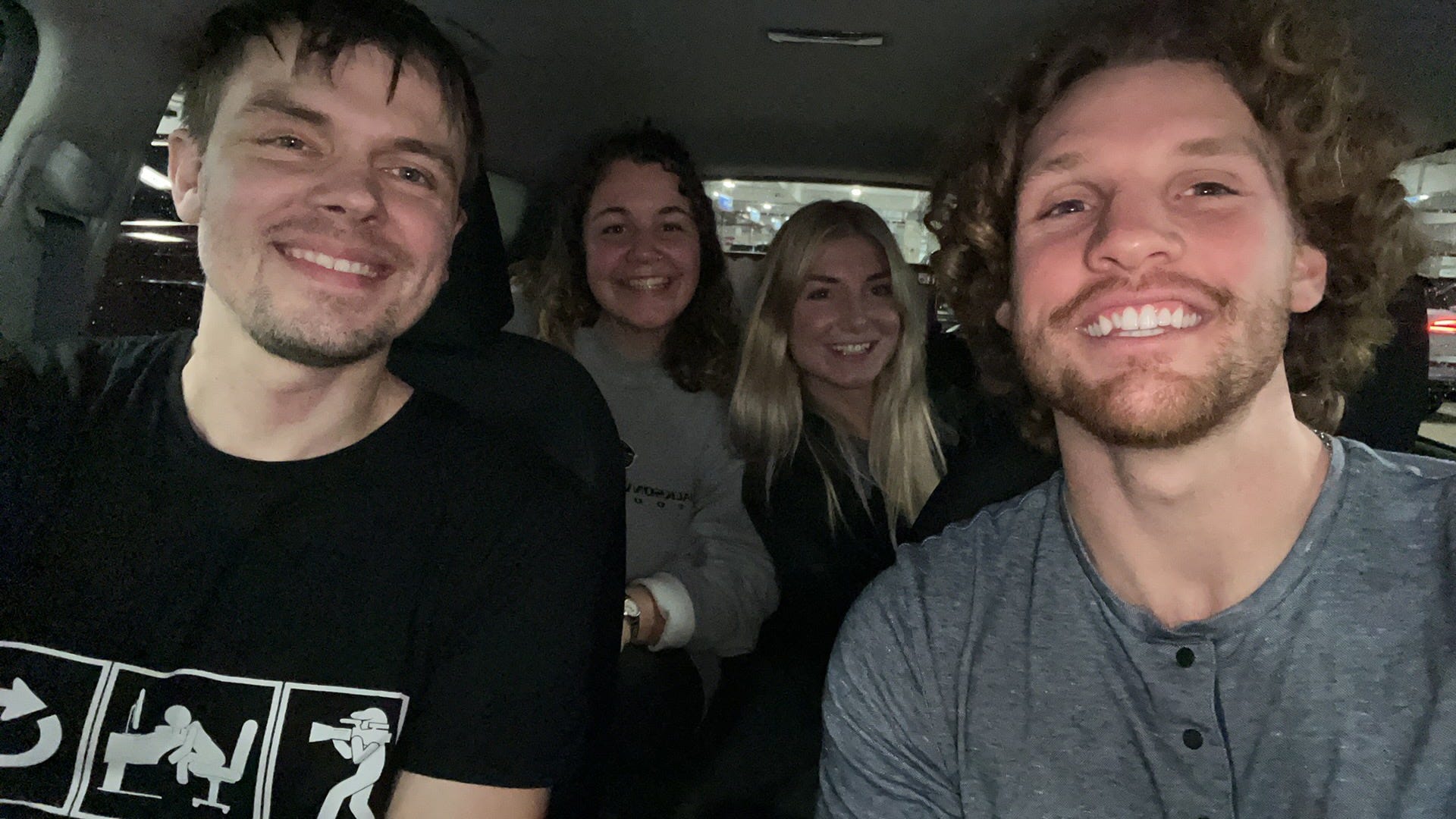 This as-told-to essay is based on a conversation with Shobi Maynard, a 22-year-old from Cleveland, Ohio, who drove across the country with three strangers after his flight was canceled. It has been edited for length and clarity.

I’ve always liked having adventures, but I never thought I’d find myself driving 20 hours across the country with three total strangers to make it to Christmas.

I know, it sounds like a movie plot, but it really happened. Let me explain.

Last week, I was planning to fly home to Ohio

I was in Florida, where I’d been visiting a friend. But when a record-breaking winter storm hit and my flight was canceled, I was worried I wouldn’t make it home in time for the holidays.

After the flight cancellation was announced, I made my way to the airline help desk to try to get a refund or another flight. I even asked another passenger if they wanted to figure out the situation with me, because I figured two heads were better than one. They just kind of looked at me and walked away.

Somehow, I ended up standing next to all of them — Abby, Bridget, and Greg — and we were talking about how to get a refund and what to do next. Greg mentioned that he was going to go secure a rental car just in case there weren’t any flight options, which I thought was really smart.

It turned out that there might not be any more flights until Christmas Eve, which was two days away at the time, so Greg told us he was going to drive. I’m not sure whose idea it was or who said it first, but we all just kind of realized that we could drive together and it might be fun.

My parents called, and my dad said he was looking at other flights for me. I told him not to bother — I was going on an adventure.

We were starting what would become a 20-hour road trip. The first few minutes of the drive were taken up by small talk like where we’re from, what we do for work, how old we are, and that kind of thing.

But pretty quickly, things got deeper. It was such a strange situation that it made room for a sort of intimacy that I don’t think you usually get from friendships when they’re just beginning.

We took turns driving, and no one fell asleep

Even though we could’ve rested while someone else was driving, we all stayed awake. I think it was a combination of adrenaline and trying to keep the mood in the car lively for the person who was driving. We were talking almost the entire 20-hour drive. Bridget played a fire playlist she’d made, and when we crossed into West Virginia, we started listening to country music. We also got in the mood for the holidays with some Christmas music.

Looking back, it’s wild how easy it was for me to trust these three strangers

With that in common, it was easy to trust each other. It also got really fun once Bridget posted a TikTok that went viral. She would read people’s comments to us, and they were so encouraging, it really kept us going.

We joke about who’s going to want to talk to us next, like Jimmy Fallon, and send pictures of our family’s celebrations.

I never saw this coming, but it was an adventure I’ll never forget.