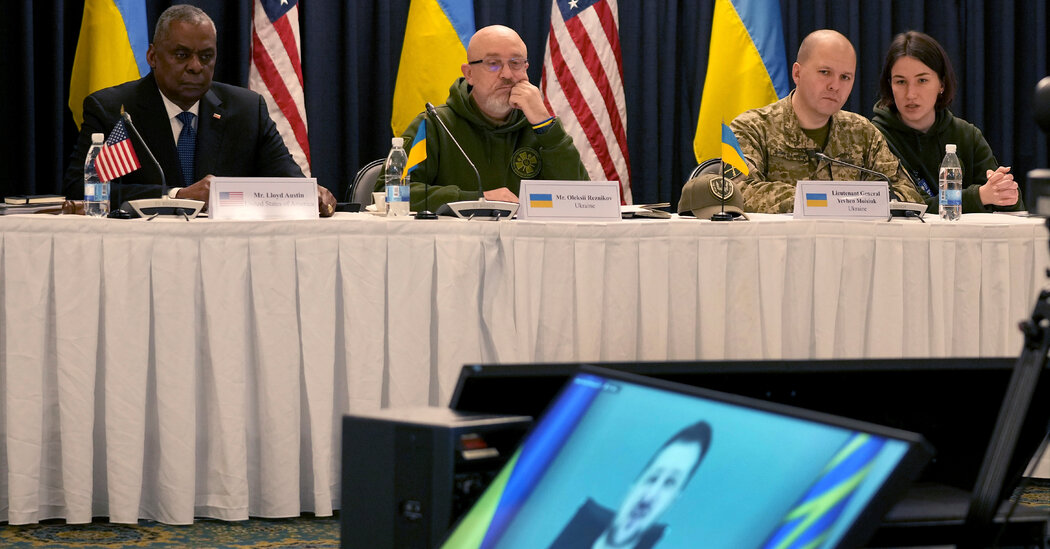 The allies differ on strategy for the coming year and the more immediate question of what Ukraine needs ahead of a major offensive in the spring. 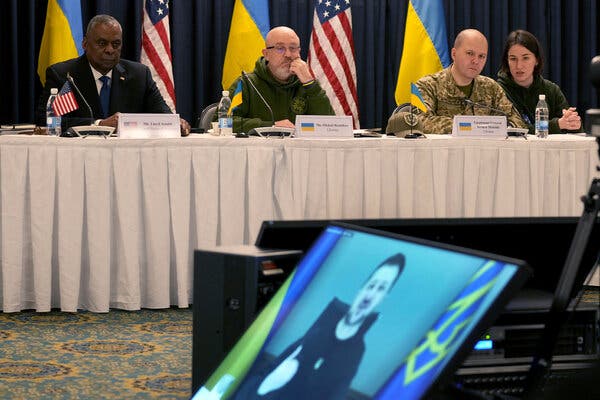 WASHINGTON — The billions of dollars in new arms for Ukraine announced this month — including British tanks, American fighting vehicles and howitzers from Denmark and Sweden — are testament to President Vladimir V. Putin’s failure to split the NATO allies after nearly a year of war. But small yet significant fractures are getting too big to hide.

The differences are over strategy for the coming year and the more immediate question of what Ukraine needs in the next few months, as both sides in the war prepare for major offensives in the spring. And while most of those debates take place behind closed doors, Britain’s impatience with the current pace of aid and Germany’s refusal to provide Leopard 2 tanks to Ukraine broke out into public view this week.

When the new British foreign secretary, James Cleverly, visited Washington this week, he gathered reporters for lunch and made the case that it is possible for Ukraine to score a “victory” in the war this year if the allies move fast to exploit Russia’s weaknesses. Officials in Poland, the Baltic States and Finland have largely agreed with the British assessment.

American officials pushed back, saying it is critical to pace the aid, and not flood Ukraine with equipment its troops cannot yet operate. And they argue that in a world of limited resources, it would be wise to keep something in reserve for what the Pentagon believes will likely be a drawn-out conflict, in which Russia will try to wear Ukraine down with relentless barrages and tactics reminiscent of World War I and II.

On Friday, at the conclusion of a meeting in Germany of the dozens of nations supplying the war effort, the chairman of the Joint Chiefs of Staff, Gen. Mark A. Milley, repeated the assessment he has offered since the fall.

“For this year it would be very, very difficult to militarily eject the Russian forces,” he said. The best that could be hoped for is pressing Russia into a diplomatic negotiation — the way most wars end — though senior American diplomats say they have low expectations that Mr. Putin will enter serious talks.

Then came the more immediate blowup with the German government of Chancellor Olaf Scholz, over his refusal to send what many military experts believe could be a decisive weapon in Ukrainian hands: the German-built Leopard 2 tanks.

Secretary of Defense Lloyd J. Austin III spent several days trying to persuade the Germans to ship them, or at least allow Poland and other nations that use the tanks to re-export them. But by the time the meeting with scores of allies ended, the German defense minister, Boris Pistorius, reported that no agreement had been reached, although he said they would make a decision “as soon as possible.” He and Mr. Austin tried to focus on the unity of the effort to confront Russia, rather than the obvious rift over arms.

Differences of strategy among wartime allies are the norm, not the exception. In World War II there were major debates about whether to focus on defeating Nazi Germany first, and turn to Japan — which had actually attacked American territory — second. Similar debates happened during the Korean War, Vietnam and the wars in Iraq and Afghanistan. Because the United States was providing the bulk of the fighting force, it usually prevailed.

But in interviews with American, British and other European officials, including senior military leaders, it is clear that Ukraine is different. Only the Ukrainians are on the line, and no one wants to tell them how to fight a battle in which their forces, the only ones engaged in the daily brutality, have shown both grit and determination. But with both Russia and Ukraine planning fresh offensives, the debate over strategy and arms has reached what the NATO secretary general has called “an inflection point.”

The Ukrainians have made no secret that much as they appreciate the support of their allies, what they are getting is not enough. When Britain announced earlier this week that it was sending Challenger 2 tanks, Ukraine’s foreign minister and defense ministers issued a joint statement thanking the British government but adding that “it is not sufficient to achieve operational goals.”

Ukraine’s leader, Volodymyr Zelensky, was typically blunt. After thanking the United States for a $2.5 billion contribution of arms, atop $3 billion announced several weeks ago, he said: “Hundreds of thank yous are not hundreds of tanks.”

In an appearance on German television, he said: “If you have Leopards, then give them to us.”

Protesters in Berlin calling for the German government to approve the use of Leopard tanks in Ukraine. Credit…Lisi Niesner/Reuters

American officials were clearly frustrated after their negotiations with the German government this week. Germany had begun by saying that it would send Leopard tanks, and authorize others to, if the United States sent its M-1 Abrams tank as well. The United States declined, saying the tank is such a gas guzzler — it employs a jet engine — and requires such a supply line to keep running that it would not be useful in Ukraine’s environment. (The officials dodged questions about why a tank so difficult to operate on European battlefields is in the American arsenal.)

The British Challengers and German Leopards are more flexible and easier to run. But in public, Mr. Austin and others avoided criticizing Mr. Scholz, who in their view has managed the biggest reversal of German foreign policy — starting with the suspension of two pipelines bringing gas from Russia — quite skillfully.

Mr. Scholz’s real concern, they suspect, is that he does not believe the world is ready to see German tanks near the borders of Russia, a reminder of the Nazi invasion in World War II. One senior American official said this week that if Mr. Scholz and the German public are worried about that, in these circumstances “they are the only ones who are.”

While Germany did not say yes to sending Leopard tanks this week, it didn’t say no, either — at least not yet. But Ukraine has a very narrow window of time in which to launch a potentially decisive spring offensive before the Russians do, and the tanks are a key part of that effort.

Before that launch, Ukraine has to muster thousands of combat-ready troops, receive new advanced weapons from the West, and train their soldiers in how to use and maintain those arms. Getting all that done would be, according to General Milley, “a very, very heavy lift.”

That’s why Germany’s delay on approving tanks was so frustrating to Mr. Austin and other top Western officials who had been trying all week to reach an agreement with their German counterparts to provide what Ukraine needs now to wrest back territory.

“If we stop now or limit or diminish it, it will all have been in vain,” Wopke Hoekstra, the Dutch foreign affairs minister, said in an interview. “We have to double down. There is no substitute for victory on the battlefield.”

Speaking about the current German position, a British official said that London’s commitment to send Challenger tanks was intended to encourage other nations to do likewise, and that the British government still hoped it would.

At a news conference after Friday’s meeting, Mr. Austin sought to play down the importance of the Leopard tanks and highlight what Germany has provided — fighting vehicles, air defenses and training ranges for Ukrainian soldiers — no doubt hoping Berlin eventually would come around on Ukraine’s main request.

“This isn’t really about one single platform,” Mr. Austin said, quickly pivoting to note that Ukraine was still getting more than 100 Bradley fighting vehicles and nearly 90 Stryker combat vehicles from the United States, the equivalent of “two brigades of combat power.”

Still, Mr. Austin signaled the calendar is not on Ukraine’s side. “We have a window of opportunity here, between now and the spring,” he said. “That’s not a long time.”

Home » Selected Articles Review » The NATO Alliance Is Holding Strong on Ukraine. But Fractures Are Emerging.
a