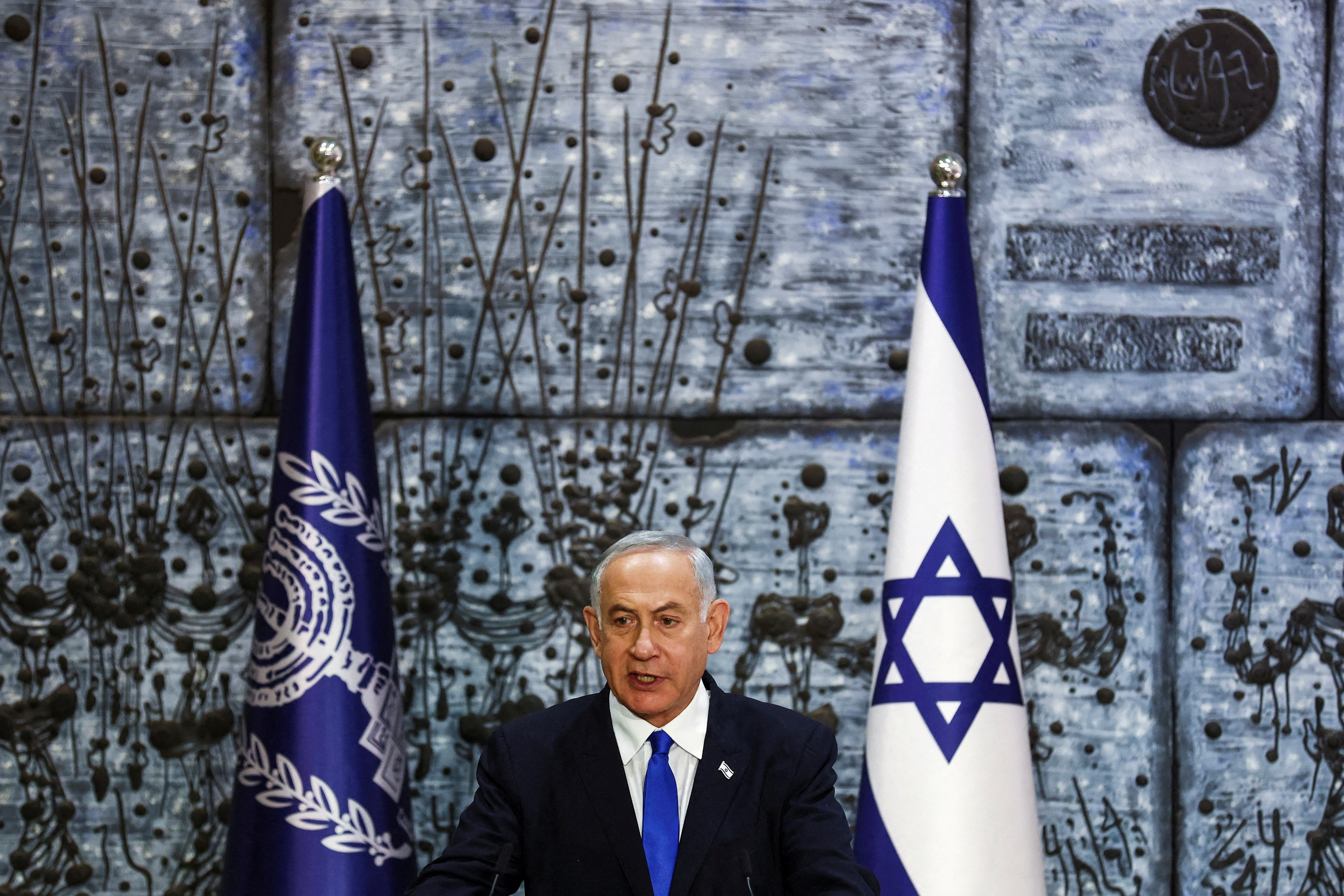 Benjamin Netanyahu speaks during a ceremony where Israel President Isaac Herzog handed him the mandate to form a new government following the victory of the former premier’s right-wing alliance in this month’s election at the President’s residency in Jerusalem November 13, 2022. REUTERS/ Ronen Zvulun/File Photo

Prime Minister-designate Benjamin Netanyahu pledged on Tuesday to govern in the interests of all Israelis, as religious-nationalist parties slated to join his new coalition government pressed ahead with contested legislation.

Other bills would consolidate cabinet authority over police for Itamar Ben-Gvir, another ultra-nationalist, and enable ultra-Orthodox Jewish politician Arieh Deri to serve as finance minister despite his having been convicted of tax fraud.

Netanyahu’s Likud Party placed first in the Nov. 1 election. Israel’s longest-serving premier, Netanyahu is courting the religious-nationalists after being shunned by some mainstream parties over his ongoing trial for corruption.

“We were elected to lead in our way, the way of the nationalist-right and the way of the liberal-right, and so shall we do,” he told the Knesset, to boos from centre-left lawmakers.

The prospective new government has stirred concern at home and abroad for the future of Israel’s secular values, frayed ethnic relations and stalled peace talks with the Palestinians.

But the rightist Netanyahu said that, under his watch, “everyone will live in accordance with their own faith. This will not become a nation of religious law. It will be a country in which we tend to all citizens of Israel, without exception.”

“We will preserve the status quo,” Netanyahu said, using a term that has been applied both to freedom of worship in Israel and to the management of access to a contested Jerusalem holy site that has at times ignited violence with the Palestinians.

The site houses Al Aqsa, a major mosque. It is also the most sacred site for Jews, as vestige of their two ancient temples, but Jewish prayer is barred there under an Israeli pact with Muslim authorities. Ben-Gvir has called for that ban to end.

“Netanyahu is weak, terrified of his trial. People who are younger than him – more extremist and determined than him – have taken over,” Lapid told the Knesset.

Netanyahu has until Dec. 21 to finalise a government. Otherwise it could mean another election.