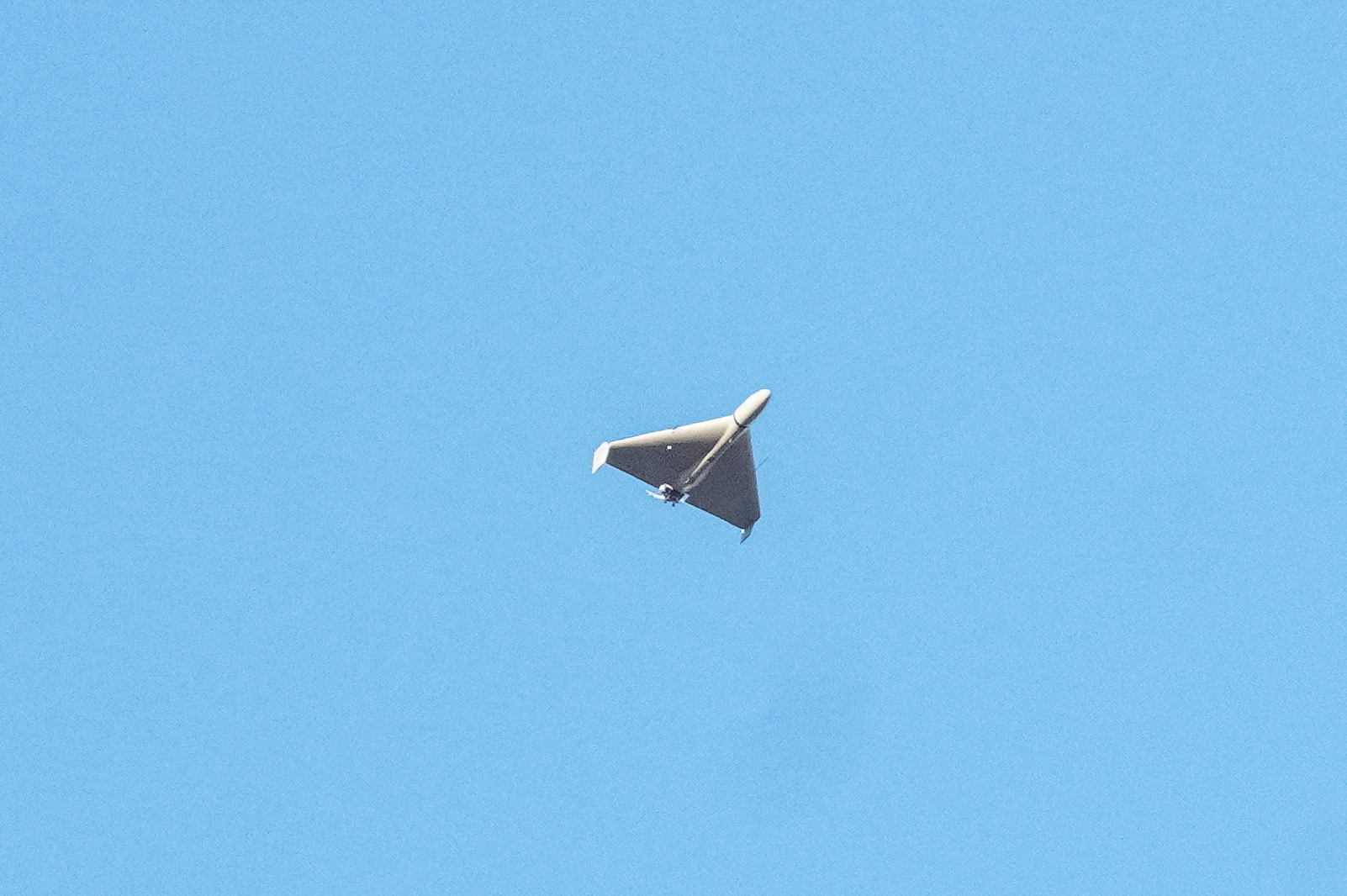 A Russian drone is seen during a Russian drone strike, which local authorities consider to be Iranian made unmanned aerial vehicles (UAVs) Shahed-136, amid Russia’s attack on Ukraine, in Kyiv, Ukraine October 17, 2022. REUTERS/Roman Petushkov/File Photo

The United States on Friday issued new sanctions targeting suppliers of Iranian drones that Washington said have been used to target civilian infrastructure in Ukraine during the conflict with Russia.

Russia has been attacking vital Ukraine infrastructure since October with barrages of missile and drones, causing sweeping power blackouts as cold weather sets in.

The Treasury described Qods Aviation Industries (QAI), which has been under U.S. sanctions since 2013, as a key Iranian defense manufacturer responsible for designing and producing drones.

“We will continue to use every tool at our disposal to deny (Russian President Vladimir) Putin the weapons that he is using to wage his barbaric and unprovoked war on Ukraine,” Treasury Secretary Janet Yellen said in the statement.

Iran’s mission to the United Nations in New York and Russia’s embassy in Washington did not immediately respond to requests for comment.

Iran has previously acknowledged sending drones to Russia but said they were sent before Russia’s February invasion. Moscow has denied its forces used Iranian drones in Ukraine.

Friday’s sanctions reflect U.S. concerns about Iranian-Russian military cooperation and Russia’s use of Iranian drones to hit Ukraine, a threat that could become more potent if Tehran were to provide missiles to Moscow to shore up Russian supplies.

Among those designated was Seyed Hojatollah Ghoreish, QAI’s board chairman and senior official in Iran’s Ministry of Defense and Armed Forces Logistics who “has led Iran’s military research and development efforts and was responsible for negotiating Iran’s agreement with Russia for the supply of Iranian (drones) for Russia’s war in Ukraine,” the Treasury said.

The Treasury also imposed sanctions on Ghassem Damavandian, QAI’s managing director and board member, saying he had likely facilitated QAI’s supply of drones to Iranian military services and the training of Russian personnel on use of QAI-made drones.

Four others who have served as QAI board members were also placed under sanctions: Hamidreza Sharifi-Tehrani, Reza Khaki, Majid Reza Niyazi-Angili and Vali Arlanizadeh.

The sanctions also targeted the director of Iran’s Aerospace Industries Organization, which the Treasury said was the key organization responsible for overseeing Iran’s ballistic missile programs.

The move freezes any U.S. assets of those designated and generally bars Americans from dealing with them. Those engaged in certain transactions with them also risked being hit by sanctions.

The United States has previously imposed sanctions on companies and people it accused of producing or transferring Iranian drones that Russia has used to attack civilian infrastructure in Ukraine.