Nurses at Montefiore Medical Center in the Bronx and Mount Sinai Hospital in Manhattan had taken to picket lines saying they were more concerned with patient safety than higher wages. As news of the deal spread, including a guarantee of better ratios of staff to patients, nurses in scrubs cheered and embraced each other outside the hospital buildings.

NYSNA President Nancy Hagans said in a statement that the new contracts would ensure “there will always be enough nurses at the bedside to provide safe patient care, not just on paper.”

Montefiore also agreed to new language and financial penalties for failing to comply with safe staffing levels, community health improvements and nurse student partnerships to recruit local Bronx nurses to stay as union nurses at Montefiore for the long-run, the association said.

Management at both hospitals, who had said the strike disrupted patient care, released statements saying they were pleased to have reached a deal and end the strike.

Montefiore said its focus was to ensure nurses “have the best possible working environment.” When the strike began Monday, the hospital had been forced to reschedule all elective surgeries and procedures and to postpone appointments.

Mount Sinai said the proposed deal was similar to those between the NYSNA labor union, which represents 72,000 members, and eight other city hospitals, calling it “fair and responsible, and it puts patients first.”

New York Governor Kathleen Hochul, whose staff assisted the negotiations, praised the deal “to get thousands of nurses back on the job where they want to be” to aid patients.

Hochul said the three-year contract could also help the state address the healthcare workforce shortage with better wages and conditions that could draw more workers, adding: “Know you are respected, know you are appreciated.”

Union officials and members also praised the settlement along with the governor, calling it a “historic contract” that recognized nurses’ work, especially in the wake of the COVID pandemic. 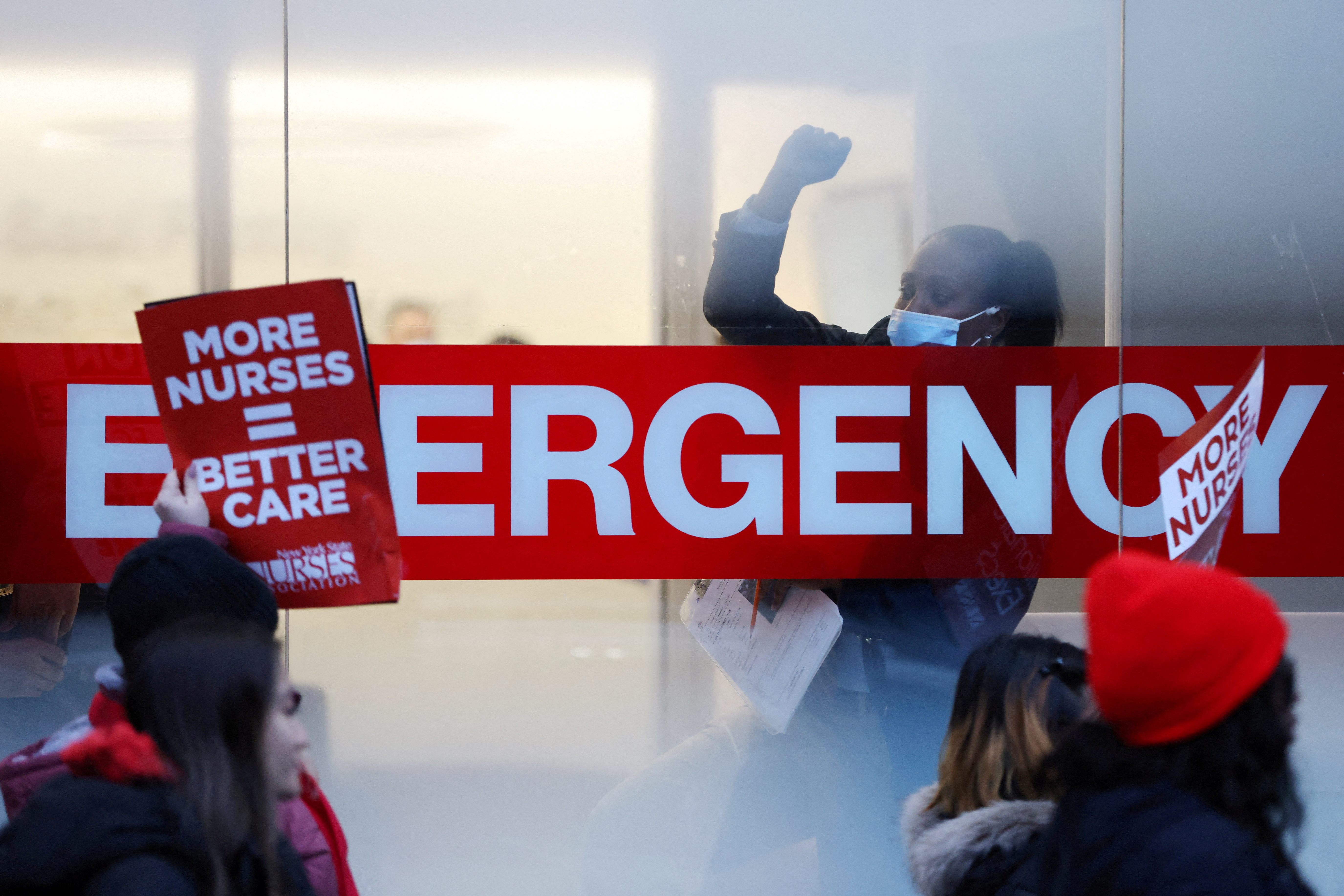 A hospital worker raises a fist as NYSNA nurses walk off the job, to go on strike at Mount Sinai Hospital in New York City, U.S. January 9, 2023. REUTERS/Andrew Kelly 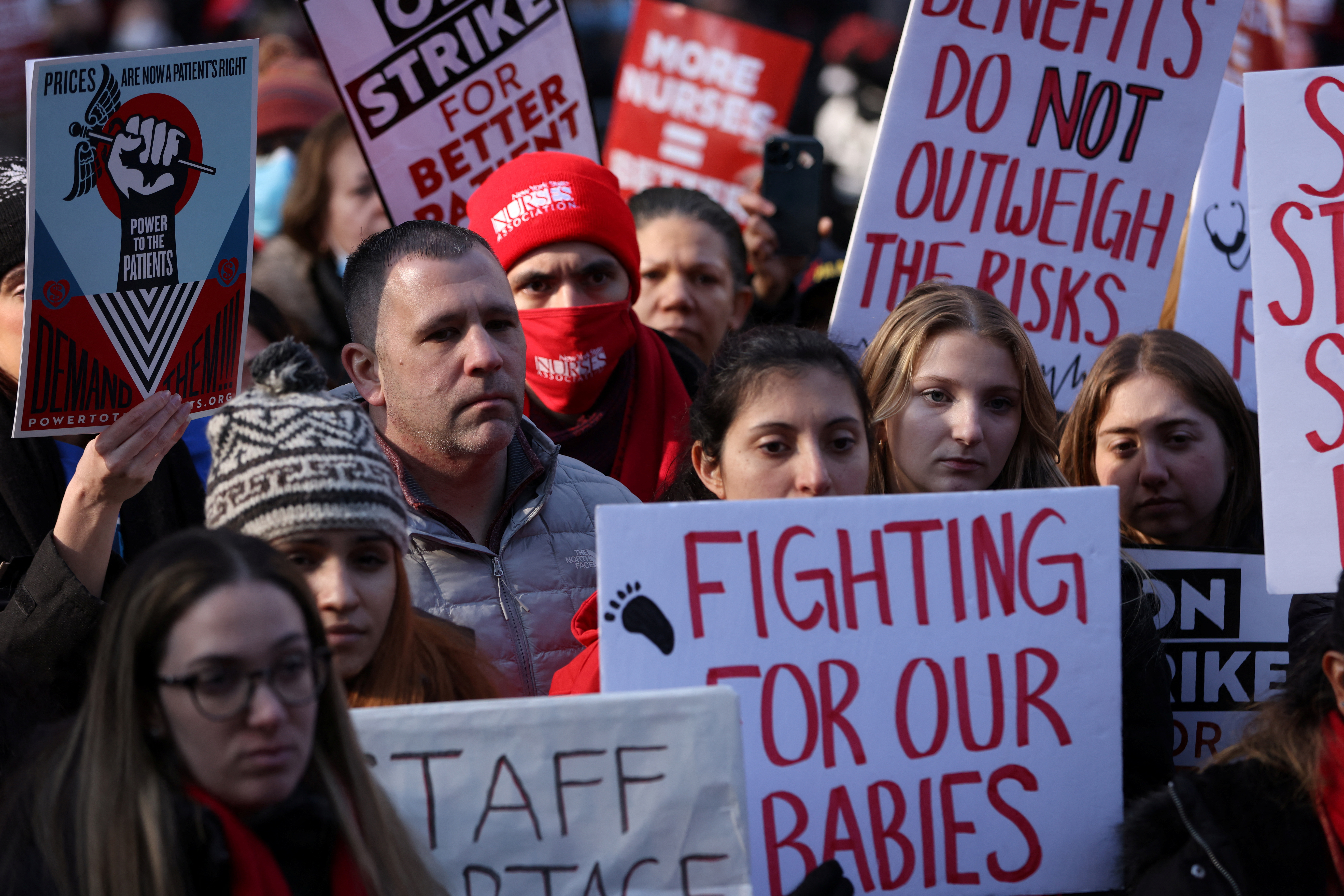 NYSNA nurses hold banners as they walk off the job, to go on strike at Mount Sinai Hospital in New York City, U.S. January 9, 2023. REUTERS/Andrew Kelly 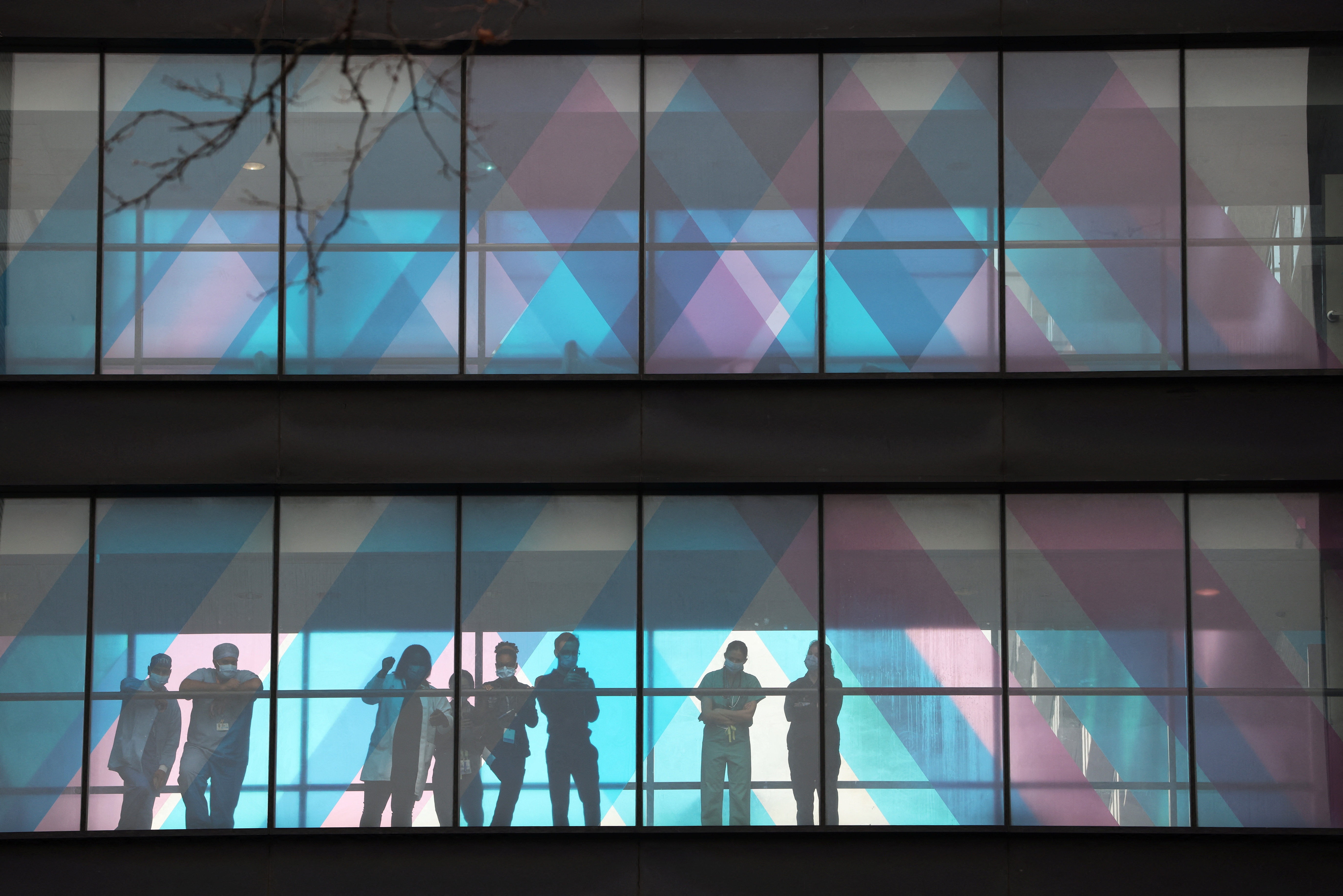