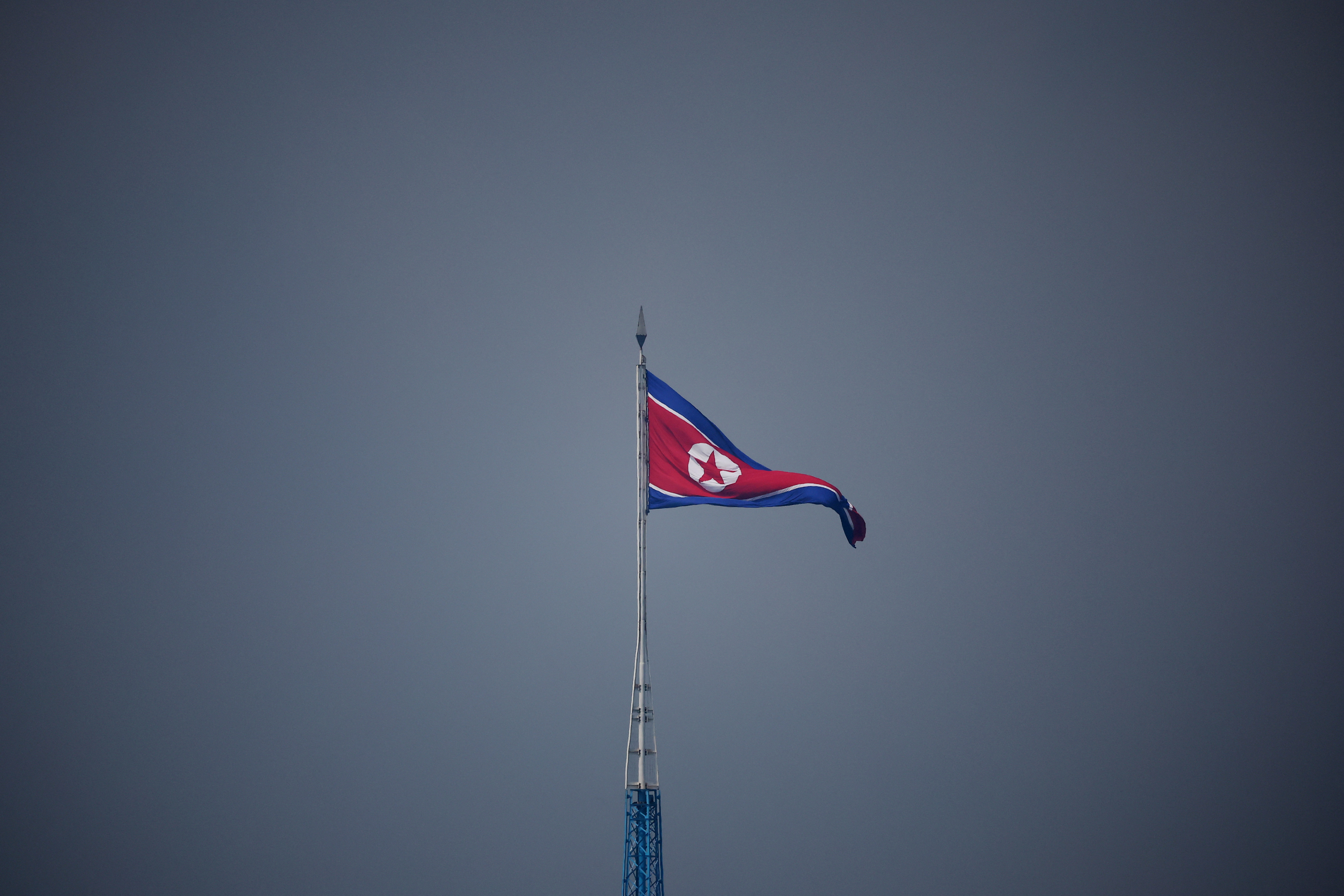 A North Korean flag flutters at the propaganda village of Gijungdong in North Korea, in this picture taken near the truce village of Panmunjom inside the demilitarized zone (DMZ) separating the two Koreas, South Korea, July 19, 2022. REUTERS/Kim Hong-Ji/Pool/Files

North Korea said on Tuesday it had ordered military units to fire more artillery shells into the sea, the North’s official KCNA news agency reported, in response to South Korea’s ongoing drills across the border.

North Korea fired 82 artillery shells over eight-and-a-half hours on Tuesday as a response and warning to “insidious provocation by the enemy”, KCNA said, citing the country’s military spokesperson.

On Monday, North Korea said it had fired more than 130 shells into the sea off its east and west coasts, some of which landed in a buffer zone near the sea border between the two Koreas. Seoul called that a violation of a 2018 inter-Korean agreement to reduce tensions.

South Korean and U.S. troops have been conducting live-fire drills near the border since Monday. The allies say the drills are necessary to deter nuclear-armed North Korea, which tested a record number of missiles this year and has made preparations to resume nuclear testing for the first time since 2017.

Pyongyang has sharply criticised the joint exercises as proof of hostile policies by Seoul and Washington.

“The enemy must immediately cease provocative military actions in the zone near the front lines,” KCNA quoted the spokesperson for the North Korean army as saying.

In addition to the artillery fire, the North Korean army issued a combat emergency alert to units at all levels and troops were ordered to step up surveillance, the spokesperson said.

“It is never acceptable for the North to unfairly criticise normal training between South Korea and the United States,” it said in a statement on Tuesday.

“It (North Korea) is fully responsible for the consequences of its unilateral and continuous violation” of the 2018 agreement, the statement said.