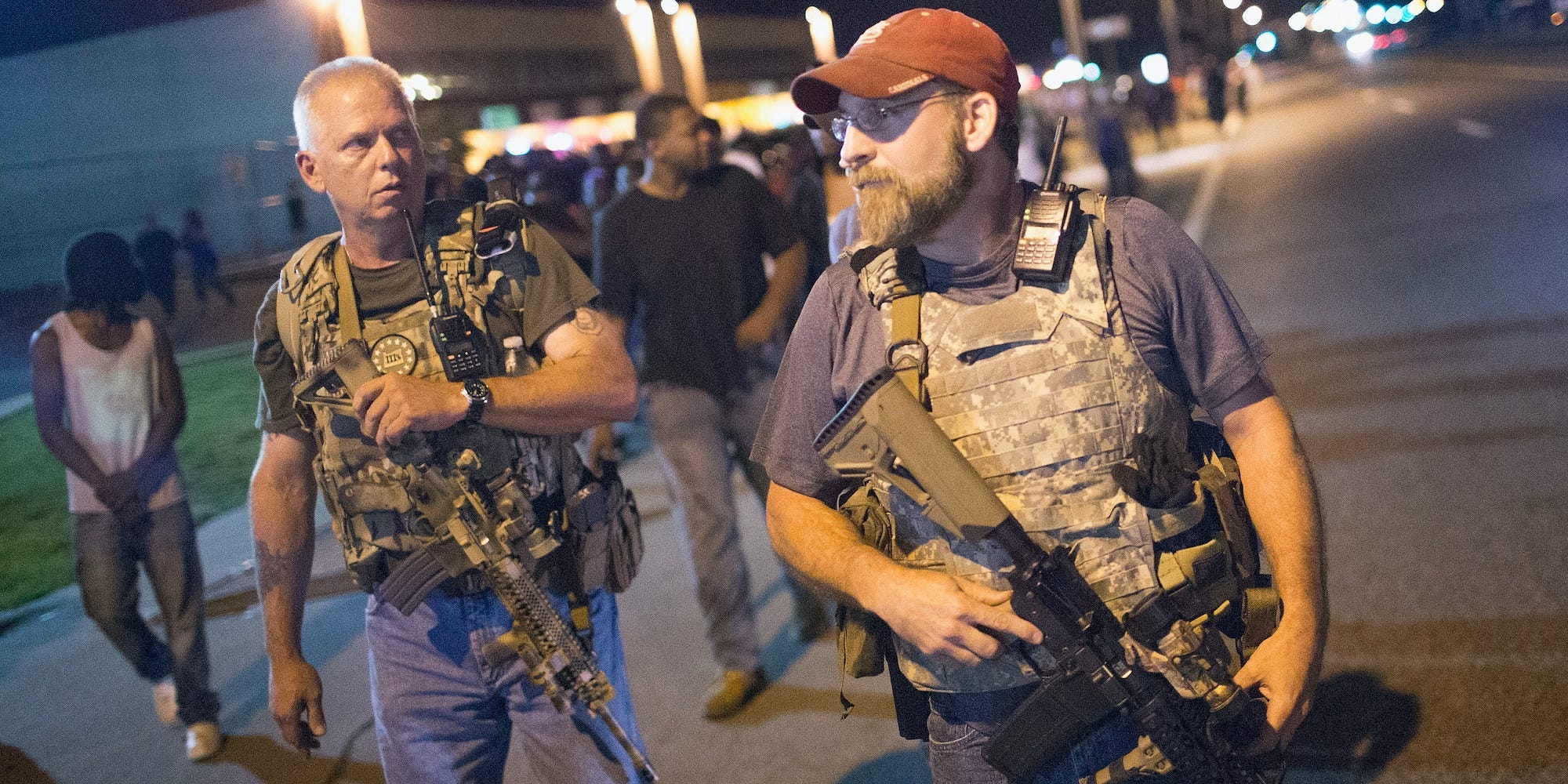 Members of the Oath Keepers far-right group patrol the streets of Ferguson, Missouri after unrest over the police shooting of Black teen Michael Brown in 2015.

Just weeks after Oath Keepers founder Stewart Rhodes was convicted of seditious conspiracy for trying to violently overturn the 2020 election, a leak of the paramilitary group’s membership list has revealed that potentially hundreds of far-right extremists have infiltrated federal law enforcement, the Project on Government Oversight reported on Monday.

Launched in 2009, the Oath Keepers from the start tried to recruit from the military and law enforcement with an ostensible goal of upholding the US Constitution and having its members refuse unlawful orders, per the Southern Poverty Law Center, which labels it an “extremist” group. In practice, that has meant, as on January 6, rejecting the rule of law — court orders and democratic processes that thwart far-right policy goals — in favor of conspiracy theories and armed resistance.

More than a decade of recruitment has led the group to collect at least 306 members who have described themselves as “current or former employees of the Department of Homeland Security,” according to POGO, which reviewed the leaked membership documents from the group in partnership with the Organized Crime and Corruption Reporting Project.

DHS agencies include US Customs and Immigration Services, the Transportation Security Administration, and the US Secret Service. Most of the self-described DHS employees asserted that they were retired, but at least one claimed to be an activity-duty Secret Service agent; another said they were a supervisor with Border Patrol, according to the documents reviewed by POGO.

The full membership list, which Insider reported on in September, includes more than 38,000 names.

Rachel Carroll Rivas, deputy director of research, reporting, and analysis at the SPLC Intelligence Project, said the Oath Keepers succeeded at presenting themselves, publicly, as a “constitutionalist” group but that it was always extremist and conspiracy-minded, seeking out law enforcement and military recruits for the perceived credibility it would lend an otherwise fringe organization. But it also targeted veterans and police because their skillset could prove useful in an armed struggle.

“That’s a real manipulation tactic, to target people for a particular skill and then bring them into a violent and ideological movement,” Carrol Rivas said in an interview.

That they apparently enjoyed success among the ranks of DHS is “unfortunately not surprising,” she added, citing the department’s role in policing immigration  — a top Border Patrol agent has promoted far-right “replacement theory,” while the ICE union endorsed former President Donald Trump — and founding in the wake of the 9/11 terrorist attacks, a time of heightened Islamophobia. The nature of its work, and the overt sympathies of some of its members, has made it a more receptive target for extremist recruiting, Carrol Rivas argued.

“It was flawed from the get-go and it continues to be flawed,” she said.

DHS did not immediately respond to a request for comment.

The revelation of possible far-right infiltration of federal law enforcement comes after the Department of Defense last year issued a report detailing its own efforts to combat such “extremist activity” within its own ranks. Under guidance issued last December, soldiers are now prohibited from being active members of an extremist group or sharing their content on social media.

It also follows an FBI warning that white supremacists continue to “pose the primary threat” of lethal domestic terrorism, accounting for more than half of all politically motivated killings over the last decade.

Have a news tip? Email this reporter: cdavis@insider.com