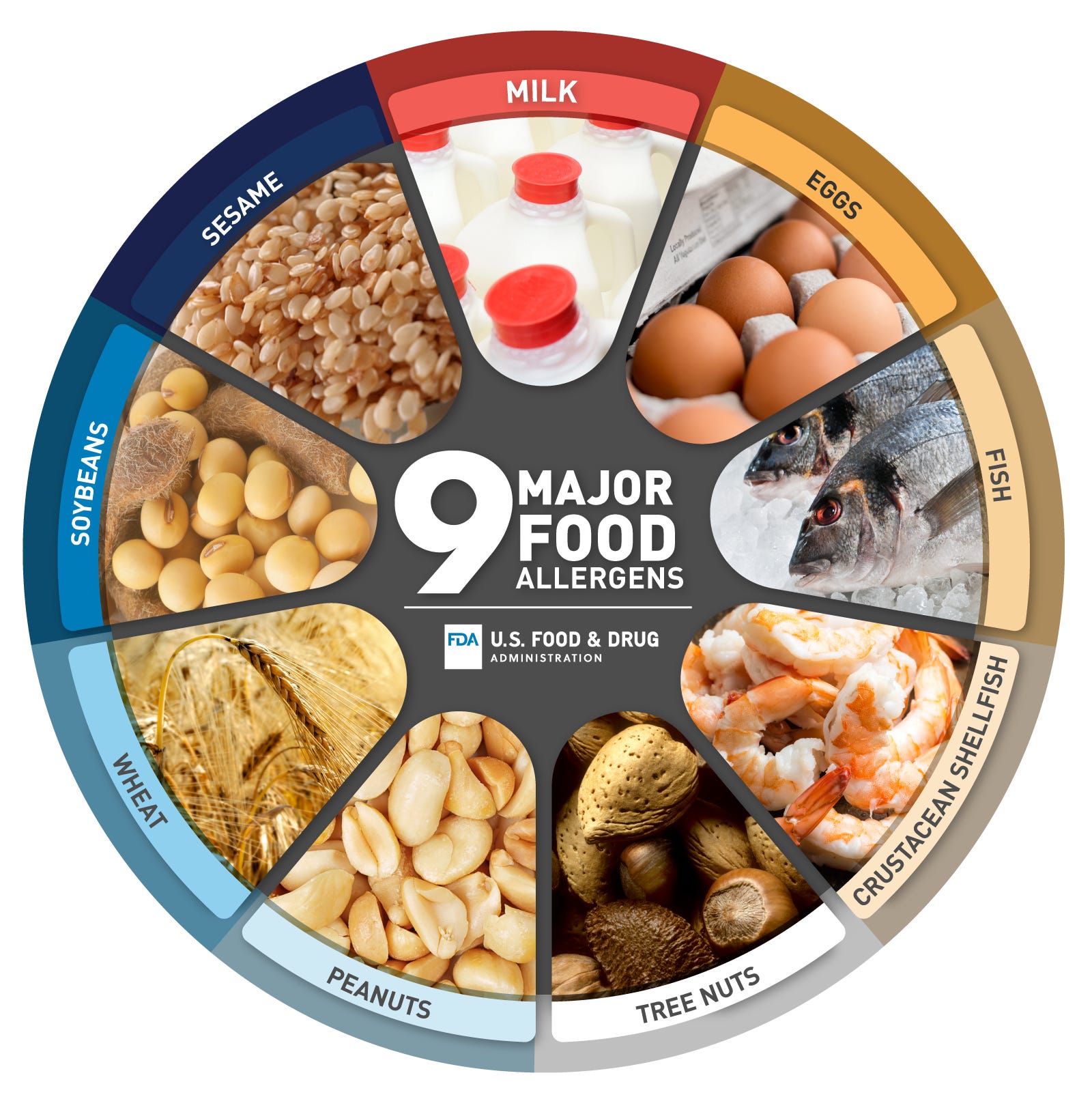 Once a week, Kelly Meyer and her 3-year-old son, Alexander, would stop at Chick-fil-A or Wendy’s after a day at Disney World in Florida. With Alexander’s seven food allergies, including sesame, she said she considered these fast-fast chains safe havens for eating.

On January 1, sesame joined eight other major food allergens that the Food and Drug Administration required to be listed on packaged foods and beverages as part of the Food Allergy Safety, Treatment, Education, and Research Act. The other allergens are milk, eggs, fish, crustacean shellfish, tree nuts, peanuts, wheat, and soybeans.

The law, designed to protect people from major food allergens, has prompted some restaurant suppliers to find workarounds.

Instead of following regulatory guidelines for preventing cross-contamination of sesame in food facilities, these companies are adding sesame flour to items because that process is easier and less expensive than guaranteeing a contaminant-free product, the Associated Press report.

As a result, restaurant chains once scrutinized and deemed “sesame-safe” by consumers are now off-limits. The changes have affected buns at Wendy’s and Chick-fil-A and breadsticks at Olive Garden. 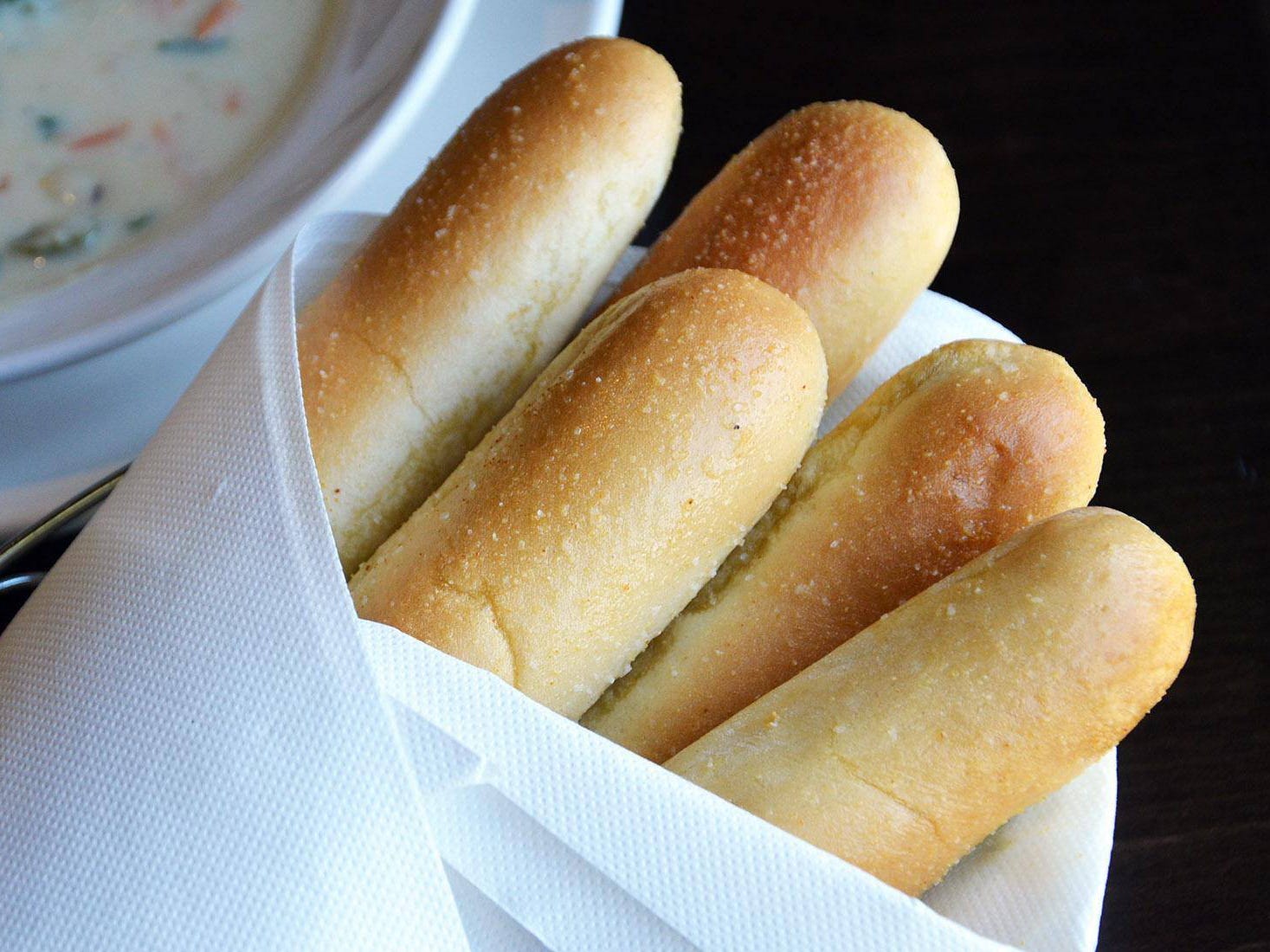 Olive Garden now lists sesame as an ingredient in its bread sticks.

“My daughter used to safely eat Wendy’s burgers, as the buns did not contain sesame,” Valerie Lockey of Arkansas told Insider. “They have always had nutrition and allergen information listed online as well as their app. Allergens for the burger never included sesame until now.”

Restaurant chains say they’re at the mercy of their suppliers, which are adding sesame flour to products instead of taking steps to prevent cross-contamination in their facilities.

Wendy’s told Insider the chain used “a number of suppliers and some of them have elected to add sesame flour to our premium and value buns as well as our Homestyle French Toast Sticks” to address sesame being added to the FASTER Act as of January 1. 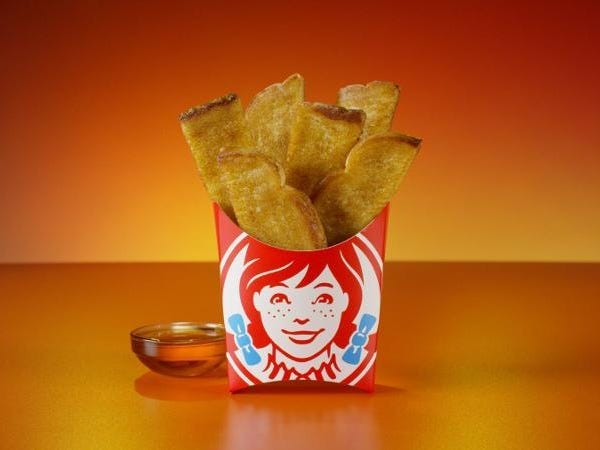 Chick-fil-A and Olive Garden also punted the blame to suppliers.

“Chick-fil-A sources bread from multiple suppliers across the country, and due to the shared production lines in our supplier facilities and use of shared cooking and preparation areas, we cannot ensure that our menu items are sesame-free,” the company told Insider. “This is an industry-wide matter that led to the recipe change for our white bun and multigrain brioche bun to now include sesame as an ingredient.”

In a statement, Olive Garden said: “Following the FDA’s declaration of sesame as a major allergen, our suppliers have added a minimal amount of sesame flour (less than 2%) to our breadsticks due to the potential for cross-contamination at the bakery. We have updated our allergen guide accordingly and are sharing this information with our guests.”

Turano Baking, Bimbo Bakeries USA, and Kurz & Co., which have supplied baked goods for Chick-fil-A, Wendy’s, and Olive Garden, declined to comment or did not return requests for comment.

A representative for the FDA, which enforces the law, said adding sesame flour to foods that were once free of the allergen was not a violation.

But the spirit of the law is another matter.

“While a practice of adding sesame and then declaring it on the label is not violative, it would make it more difficult for sesame-allergic consumers to find foods that are safe for them to consume, a result that the FDA does not support,” the FDA official said.

Consumers with sesame allergies say they’re disappointed that top “allergy-friendly” chains, like Wendy’s and Olive Garden, are leaning into these changes to their foods.

Olive Garden is out for Jadyn Grenshaw, a 20-year-old college student.

The Italian-inspired chain was one of the few restaurants that was safe for both Grenshaw’s and her sister’s various food allergies, she said, but now the chain has added sesame flour to its breadsticks, making them unsafe for her to eat.

“I feel like they value money over people’s lives,” she told Insider.

“This new labeling law was supposed to be a blessing,” Karin Woodward, a parent, told Insider.

She said Wyatt, her teenage son, was allergic to sesame, which made “every fast-food meal a possible emergency call” for him.

She said Wyatt was excited about the new law because it meant “more information and accountability from food-service companies.”

The new law was intended to make labels clearer for people with allergies so sesame couldn’t be hidden under “natural flavors” or other terms, Dr. Scott H. Sicherer, a professor of pediatrics and the director of the Jaffe Food Allergy Institute at the Icahn School of Medicine at Mount Sinai, told Insider.

Since the FASTER Act went into effect, he’s been hearing from patients that they can no longer eat formerly safe foods because sesame has been added.

“This is an extremely stressful issue for my patients who already have so many limitations on their diet,” he said.

Australia, Canada, and the European Union all require labeling of sesame as an allergen, and Sicherer said he wasn’t aware of companies responding by adding sesame to products in those countries.

Families locked out of their “allergen safe havens” say they have no recourse but to stop patronizing these chains.

Melissa Reinert no longer eats at Wendy’s, where her 3-year-old son regularly ate a junior cheeseburger and fries.

“He has loved eating at Wendy’s,” she told Insider in an email. “It has been a favorite spot after school, when meeting up with my mom for lunch and even when our family has been on road trips. We felt safe eating there, and everyone could find something they liked.”

Meyer said she had deleted her loyalty apps for Chick-fil-A and Wendy’s.

“I’ve seen my son stop breathing, and that scares the hell out of you,” she said.

Home » Audio Sources - Full Text Articles » Olive Garden, Wendy’s, and Chick-fil-A are suddenly adding sesame to popular foods like bread sticks and buns, and people with allergies are furious
a