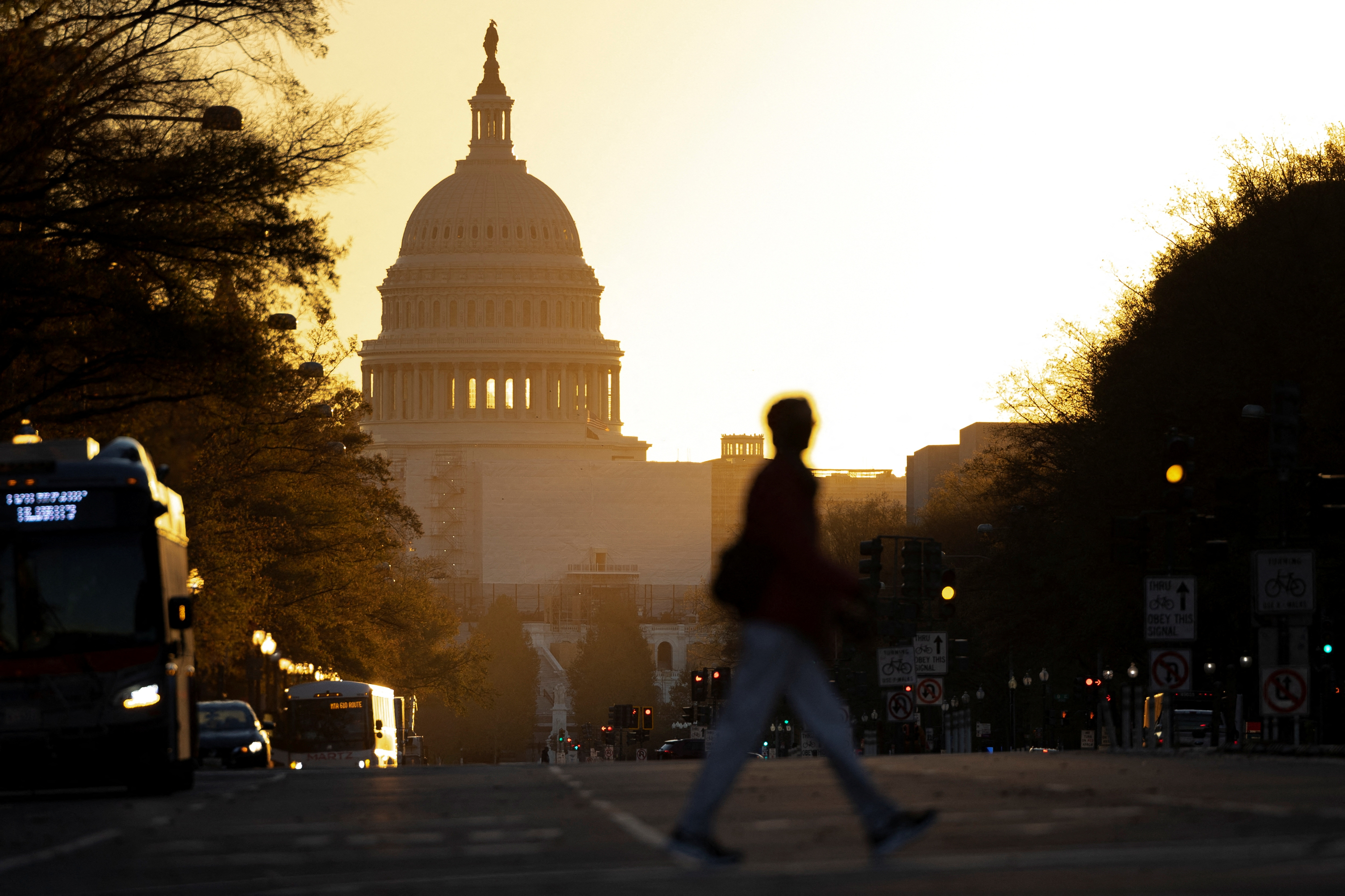 The White House is refusing to negotiate with hardline Republicans on raising the debt ceiling because it believes enough of them will eventually back off their demands, as a growing chorus of investors, business groups and moderate conservatives warn of the dangers of edging towards a default.

The high-stakes deadlock is widely expected to last for months, and could come down to the last minute as each side tests the other ahead of June when the U.S. government might be forced to default on paying its debt.

As the White House calls for House of Representatives Republicans to lift the debt ceiling to avoid economic chaos, it plans to highlight their threats to spending programs and the global economy, aides and allies of President Joe Biden say.

“Leading congressional Republicans have themselves admitted in the past that default would trigger an economic collapse, killing millions of jobs and decimating 401k plans,” said White House spokesperson Andrew Bates told Reuters. “But hardline MAGA Republicans are now advocating for this outcome.”

The U.S. government hit its $31.4 trillion borrowing limit on Thursday, a figure that reflects money already spent by the government. House Republicans want cuts to government programs before they will approve a higher ceiling; a similar demand sparked a 2011 credit rating downgrade and chaos in financial markets.

But the White House’s strategy has its risks, given the unpredictable nature of the hardline Republicans in the House, some Democrats say.

“Certainly there are segments of the House Republican caucus, and in the broader sort of conservative atmosphere, that are fairly explicitly making the case that it wouldn’t be the worst thing” to not come to a deal with Democrats, said Tobin Marcus, who served as an economic adviser to then Vice President Biden during a 2011 debt ceiling fight.

Republicans call the idea of a default alarmist.

“We’re not going to default on the debt. We have the ability to manage servicing and paying our interest. But we similarly should not blindly increase the debt ceiling,” Representative Chip Roy, a leading conservative, told Reuters.

The game of chicken comes as the White House prepares Biden’s expected re-election campaign. Biden, 80, is expected to announce in February that he plans to run for a second term, and aides plan to focus on the rock-solid labor market, falling costs and threats from “extreme” Republicans.

Some aides think he has plenty to gain from being seen as “the adult in the room” facing an opposition willing to tank the economy. Democrats are planning to deploy that theme in the 2024 election even if an agreement is reached quickly on the debt ceiling.

The White House is also flagging Republicans’ vague plans to prioritize some federal spending over others as the debt limit nears, and suggestions from others that spending on Social Security be targeted.

Biden on Monday dismissed some lawmakers as “fiscally demented.”

Biden and top U.S. officials have repeatedly said they believe the economy’s growth can slow to more sustainable levels, without putting people out of work. The so-called “soft landing” is what the Federal Reserve is aiming for as well, though they have conceded that goal may be elusive.

Retail sales fell the most in a year in December, suggesting growth is ebbing in the consumption-driven U.S. economy. Factory output, a barometer on the president’s goal to revive U.S. manufacturing, also recorded its biggest drop in nearly two years last month.

Biden didn’t mention these figures when they were released, but praised a different economic report also released on Wednesday on producer prices that showed progress in taming inflation, the administration’s top economic concern.

“We’ve got the most vibrant economy in the world right now – in the world,” Biden said in a political speech on Monday. “We’re doing better than any other major nation in the world today.”

Trillions in spending authorized in the first two years of Biden’s presidency is expected to be distributed over the coming years, which the White House says will help U.S. growth and stave off recession.

A failure to raise the debt ceiling could have the opposite effect.

“From both an economic and a financial perspective, a failure to raise the debt ceiling would be an unmitigated disaster,” said David Kelly, chief global strategist for JPMorgan Chase & Co (JPM.N) funds.

“While a failure to increase the debt ceiling is the most immediate fiscal threat to the economy and markets in 2023, damage could also be done either by continuing to neglect deficits altogether or by inflicting very sharp fiscal tightening on an economy which is now thoroughly hooked on the drugs of monetary and fiscal stimulus.”