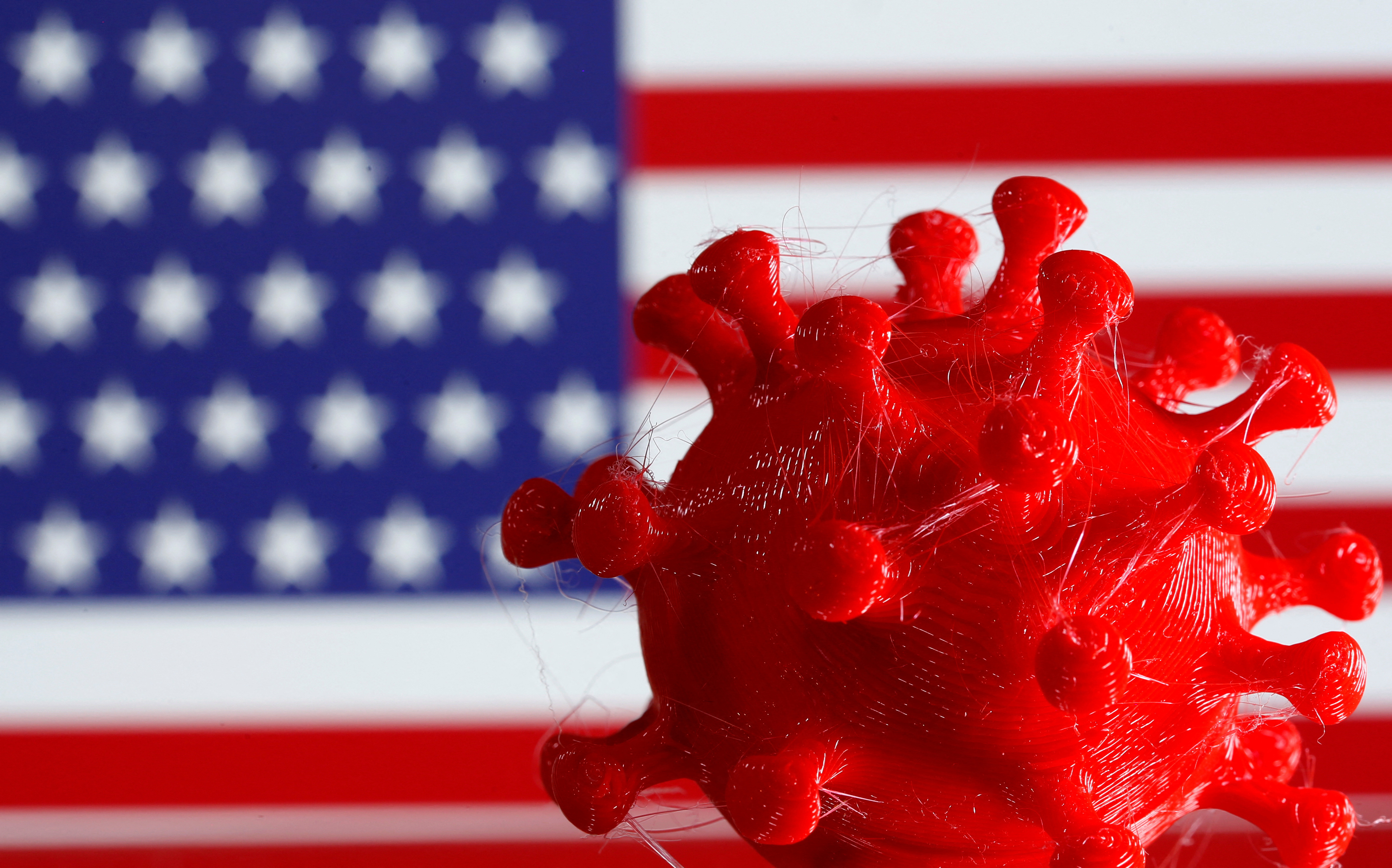 A 3D-printed coronavirus model is seen in front of a U.S. flag on display in this illustration taken March 25, 2020. REUTERS/Dado Ruvic/Illustration

Over 40% of COVID-19 cases in the United States are now caused by the highly contagious Omicron XBB.1.5, data from the U.S. Centers for Disease Control and Prevention showed on Friday, with the subvariant doubling from the previous week.

Although many public health experts are expressing concern about the rising COVID cases in China, infectious disease experts have been increasingly worried about the XBB.1.5 variant.

“Ironically, probably the worst variant that the world is facing right now is actually XBB,” said Dr. Michael Osterholm, an infectious disease expert at the University of Minnesota, in a recent interview with Reuters.

Osterholm added that seven of the 10 U.S. states where cases and hospitalizations are rising are in the Northeast, concurrent with an increase of XBB cases there, he said.

“Every previous two winters, we have seen a surge of infections that peaked in mid January… and I expect the same to happen this year,” said John Moore, a professor of microbiology and immunology at Weill Cornell Medical College in New York.

He added that the difference between last two years and this year is that there has not been a significant increase in the death rates.

The XBB variant has been driving up cases in parts of Asia, including Singapore. It accounted for 3.6% of the total cases in the U.S. this week compared with 4.2% in the previous week. The agency began reporting data for the two subvariants separately from this week.