Israeli troops shot dead a Palestinian motorist in the occupied West Bank on Sunday during what a witness said was a scuffle at a crowded checkpoint, with the Israeli army saying the man had tried to grab a soldier’s gun.

Palestinian medics summoned to the scene near Silwad village said they found 45-year-old Ahmed Kahleh with a fatal bullet wound to the neck. Kahleh’s son had been pepper-sprayed, they said. Reuters was not immediately able to reach him for comment.

Relatives said both father and son worked in construction and had been driving together to their jobs.

The West Bank, among areas where Palestinians seek statehood, has seen an increase in violence since U.S.-backed peace talks with Israel stalled in 2014.

Tensions have surged following an intensification of raids by Israel in response to a spate of Palestinian street attacks in its cities last year.

A Palestinian motorist, who said he had witnessed Sunday’s shooting, described tempers fraying earlier at the checkpoint, with drivers honking horns in impatience as they waited.

“The army fired stun grenades and one of the grenades hit the man’s (Kahleh’s) car and the man began shouting at the soldiers,” said the motorist, Maher Hadid, 37. When soldiers approached the car and used pepper spray, Kahleh got out, scuffled with them and was shot, Hadid said.

A statement from an Israeli army spokesperson said troops had “identified a suspicious vehicle which refused to stop for a routine inspection” and had “used riot dispersal means in order to detain one of the suspects in the vehicle”.

In an ensuing “violent confrontation”, one of the suspects was shot as he tried to seize one of the soldiers’ weapons, said the statement, without specifying whether the suspect shot was the same as the one detained.

A video posted on social media on Sunday, which Reuters could not independently verify, showed a man grappling with two soldiers in an underpass while a third soldier is nearby. In the video, a soldier appears to fire a rifle at a low angle. Another shot is heard, and the man falls out of view. 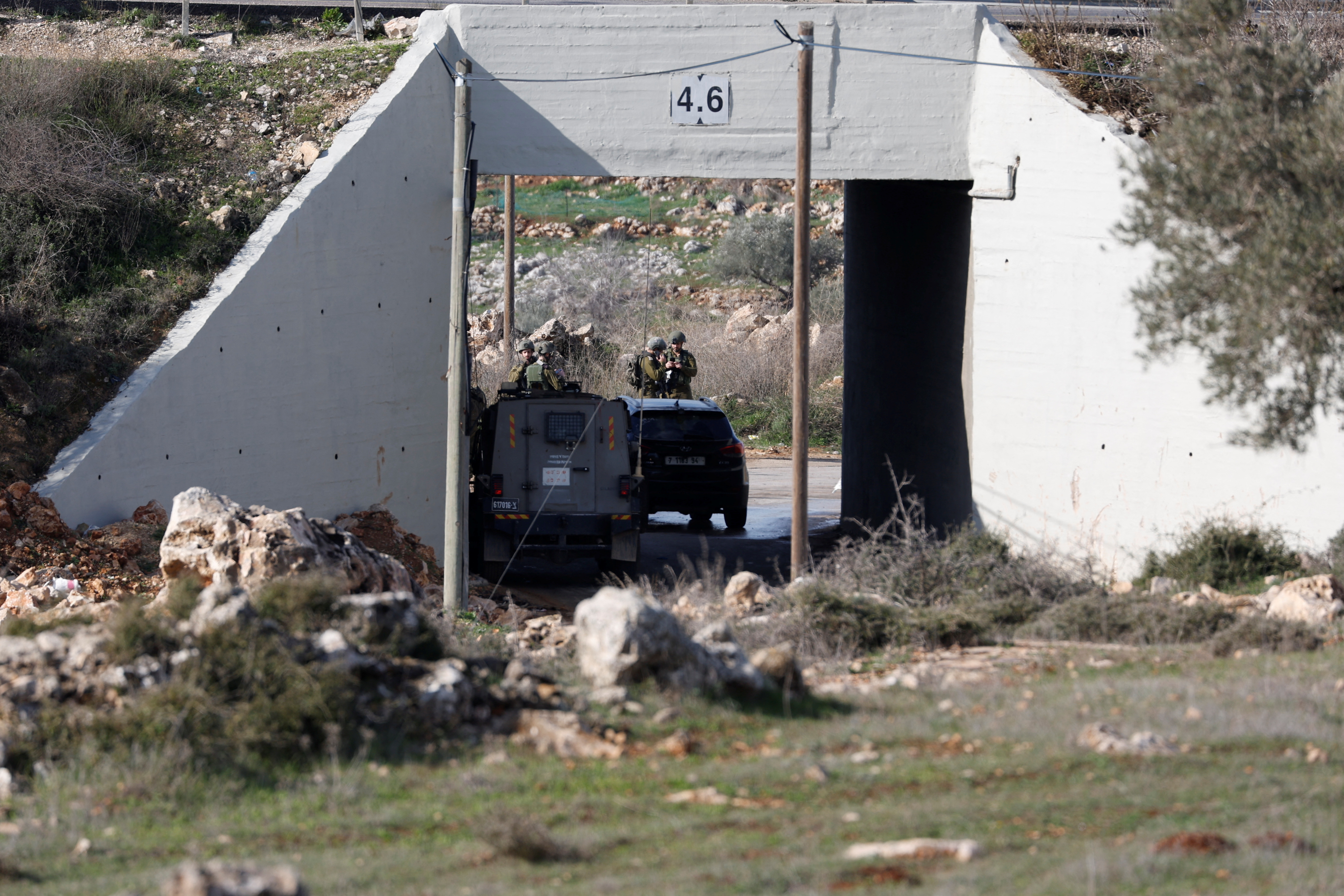 Israel soldiers stand guard at the scene of a security incident near Ramallah in the Israeli-occupied West Bank, January 15, 2023. REUTERS/Mohamad Torokman 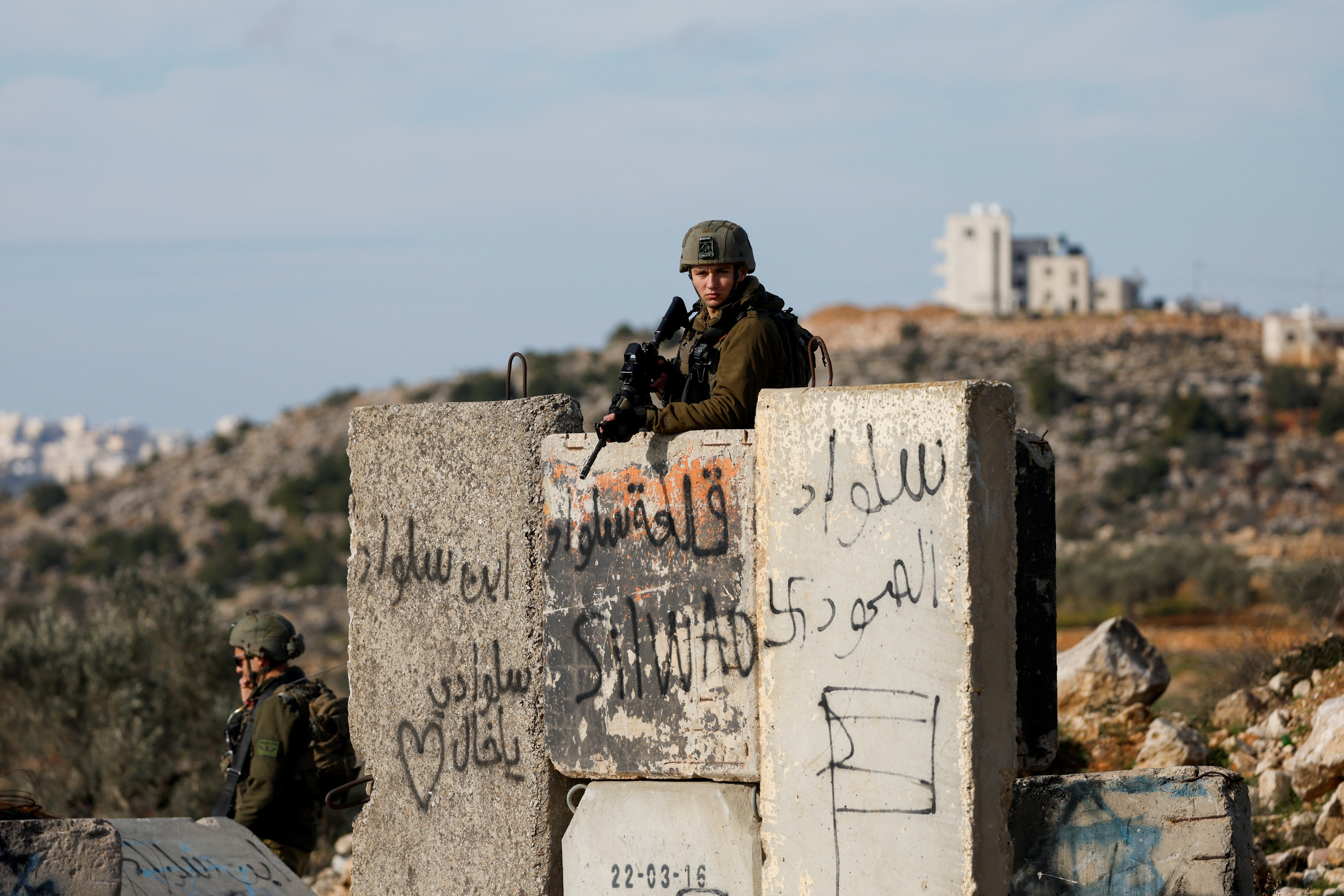 Israeli soldiers keep guard at the scene of a security incident near Ramallah in the Israeli-occupied West Bank, January 15, 2023. REUTERS/Mohamad Torokman 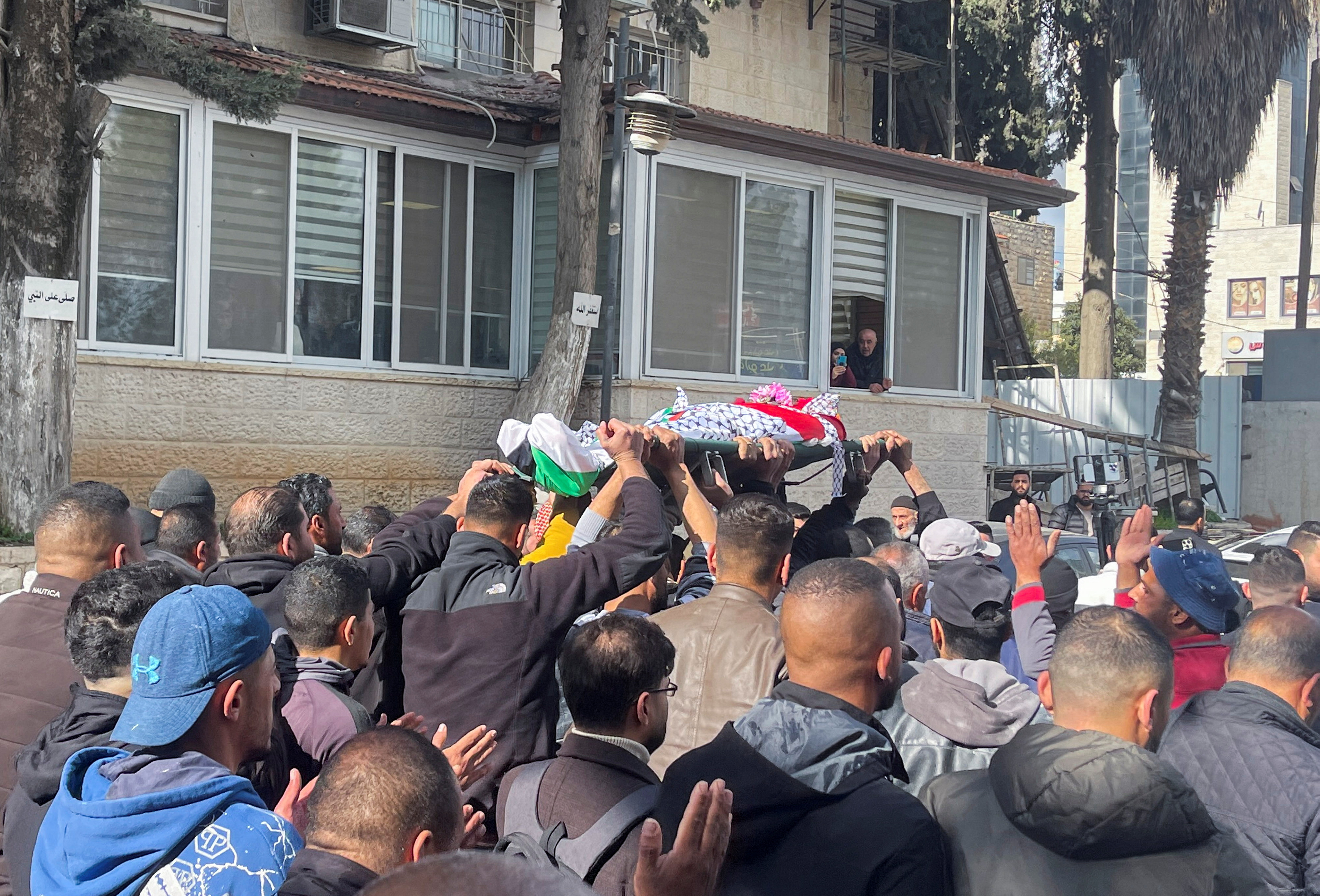 Mourners carry the body of a 45 years old Palestinian Ahmad Kahleh out of a hospital ahead of his funeral in Ramallah in the Israeli-occupied West Bank, January 15, 2023. REUTERS/ Ali Sawafta
获取更多RSS：
https://feedx.net
https://feedx.best