A group of people tried to take a mural by graffiti artist Banksy in Ukraine on Friday by cutting it off a battle-scarred wall where it was painted, the governor of Kyiv region said.

The group managed to slice off a section of board and plaster bearing the image of a woman in a gas mask and dressing gown holding a fire extinguisher on the side of a scorched building.

But they were spotted at the scene in the city of Hostomel near Kyiv and the mural was retrieved, Oleksiy Kuleba said in a statement.

The image was still intact and police were protecting it, he added.

“These images are, after all, symbols of our struggle against the enemy … We’ll do everything to preserve these works of street art as a symbol of our victory,” he said.

Banksy, whose work can sell for millions of dollars on the art market, confirmed he had painted the mural and six others last month in places that were badly affected by heavy fighting after Russia invaded Ukraine in late February.

One of the other murals shows a girl gymnast performing a handstand on a small pile of concrete rubble. Another shows an old man having a bath.

Police published images of the yellow wall in Hostomel, with a large patch cut all the way back to the brickwork. A number of people were arrested at the scene, they said.

Russia’s war in Ukraine is now in its tenth month. Moscow’s forces were pushed back from around Kyiv in the first phase of the war, but fighting rages on in the east and south. 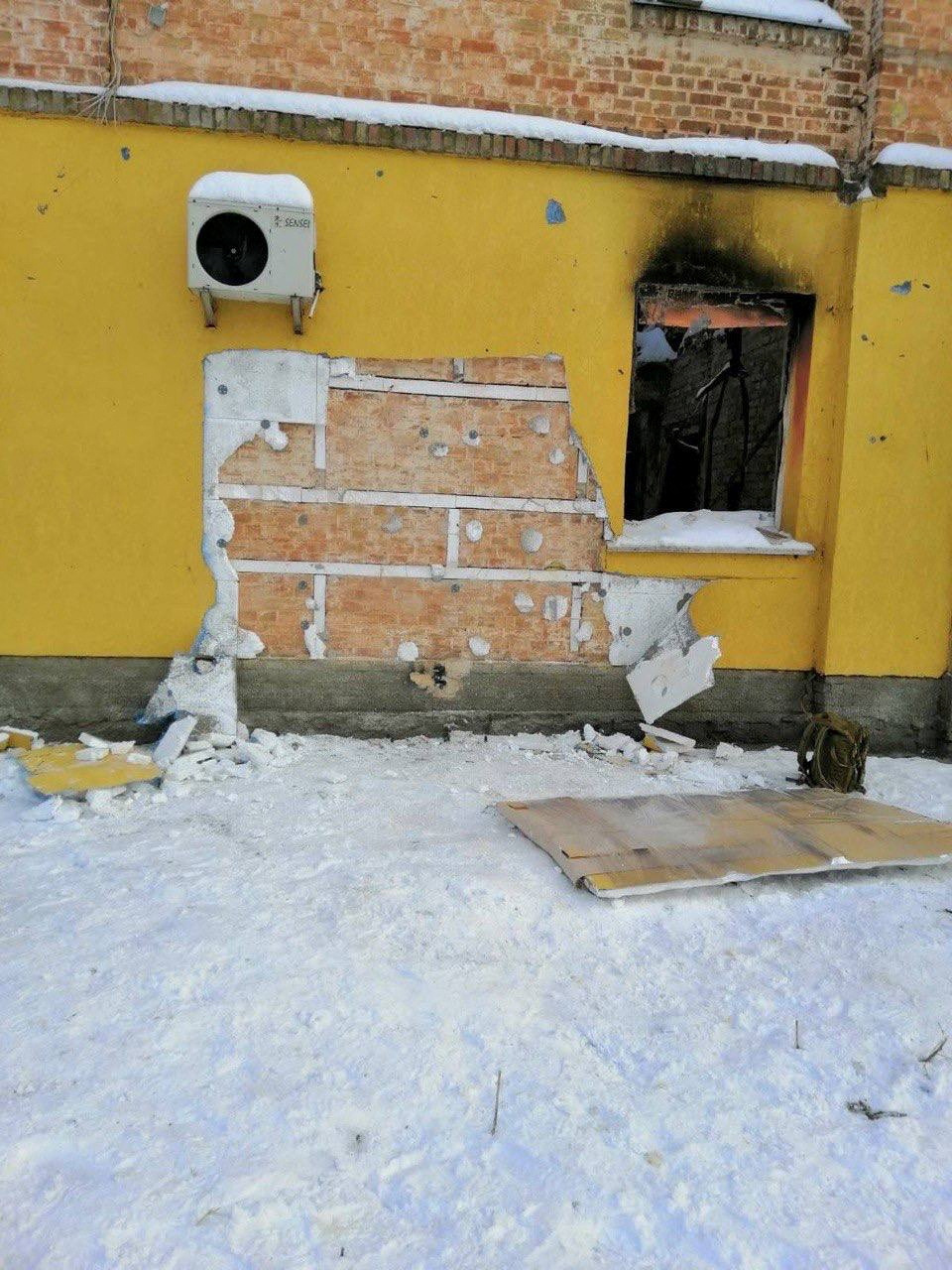 The work of street artist Banksy is seen packed after municipal guard and police detained criminals, who tried to steal it in town of Hostomel, Kyiv region, Ukraine December 2, 2022. Head of the National Police of Kyiv region Andrii Nebytov via Telegram/Handout via REUTERS 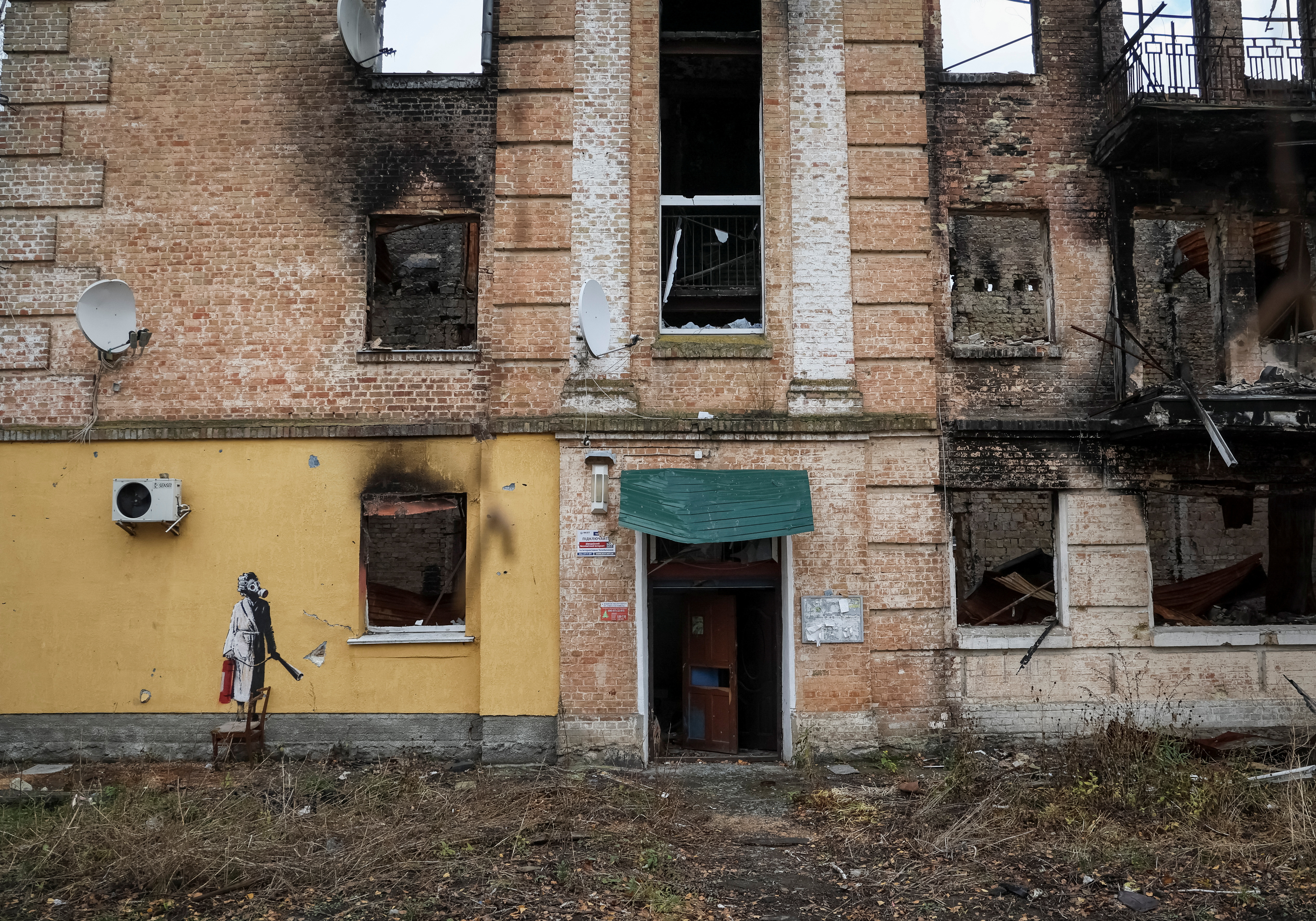 A new graffiti in Banksy’s signature style, although not posted by the mercurial artist on social media, is seen on the wall of a destroyed building in the Ukrainian town of Hostomel, which had been occupied by Russia until April and heavily damaged by fighting in the early days of Russian invasion, November 13, 2022. REUTERS/Gleb Garanich