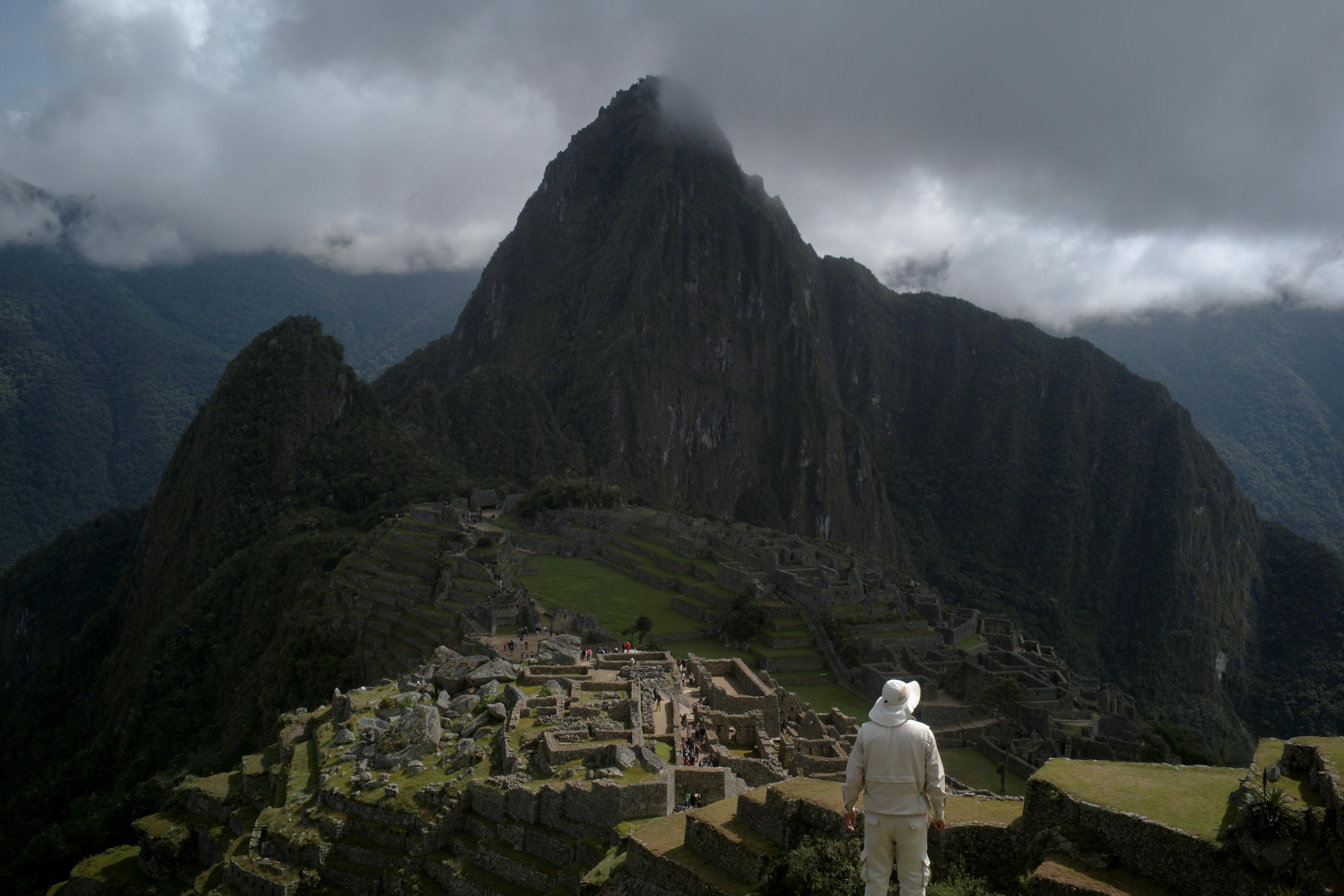 FILE PHOTO: A man stands near the Incan ruins of Machu Picchu, a tourism magnet, access to which is being limited by local protests against rising prices amid a worldwide surge most recently triggered by the Russian invasion of Ukraine, outside of Cuzco, Peru April 18, 2022. Picture taken April 18, 2022. REUTERS/Alessandro Cinque/File Photo

(Reuters) – Peruvian authorities ordered the closure of the Incan citadel of Machu Picchu and the Inca trail which leads to the world-renowned archeological site as of Saturday amid anti-government demonstrations that have spread nationwide and left a mounting death toll.

Dozens of Peruvians were injured after tensions flared again on Friday as police clashed with protesters, with security forces in capital city Lima using tear gas to repel demonstrators throwing glass bottles and stones, as fires burned in the streets.

Some 46 people have been killed in the weeks-long clashes and another nine in traffic accidents related to the barricades set up amid the protests.

In the Cusco region, the gateway to Machu Picchu, Glencore’s major Antapaccay copper mine suspended operations on Friday after protesters attacked the premises – one of the largest in the country – for the third time this month.

Airports in Arequipa, Cusco and the southern city of Juliaca were also attacked by demonstrators, delivering a fresh blow to Peru’s tourism industry.

Cultural authorities in Cusco said in a statement that “in view of the current social situation in which our region and the country are immersed, the closure of the Inca trail network and Machu Picchu has been ordered, as of January 21 and until further notice”.

The imposing Incan citadel is a major tourist attraction, with over a million visitors per year, though that number was reduced due to the pandemic.

Protests have rocked Peru since former President Pedro Castillo was ousted in December after he attempted to dissolve the legislature to prevent an impeachment vote.

The unrest, which until this week been concentrated in Peru’s south, has prompted the government to extend a state of emergency to six regions, curtailing some civil rights.