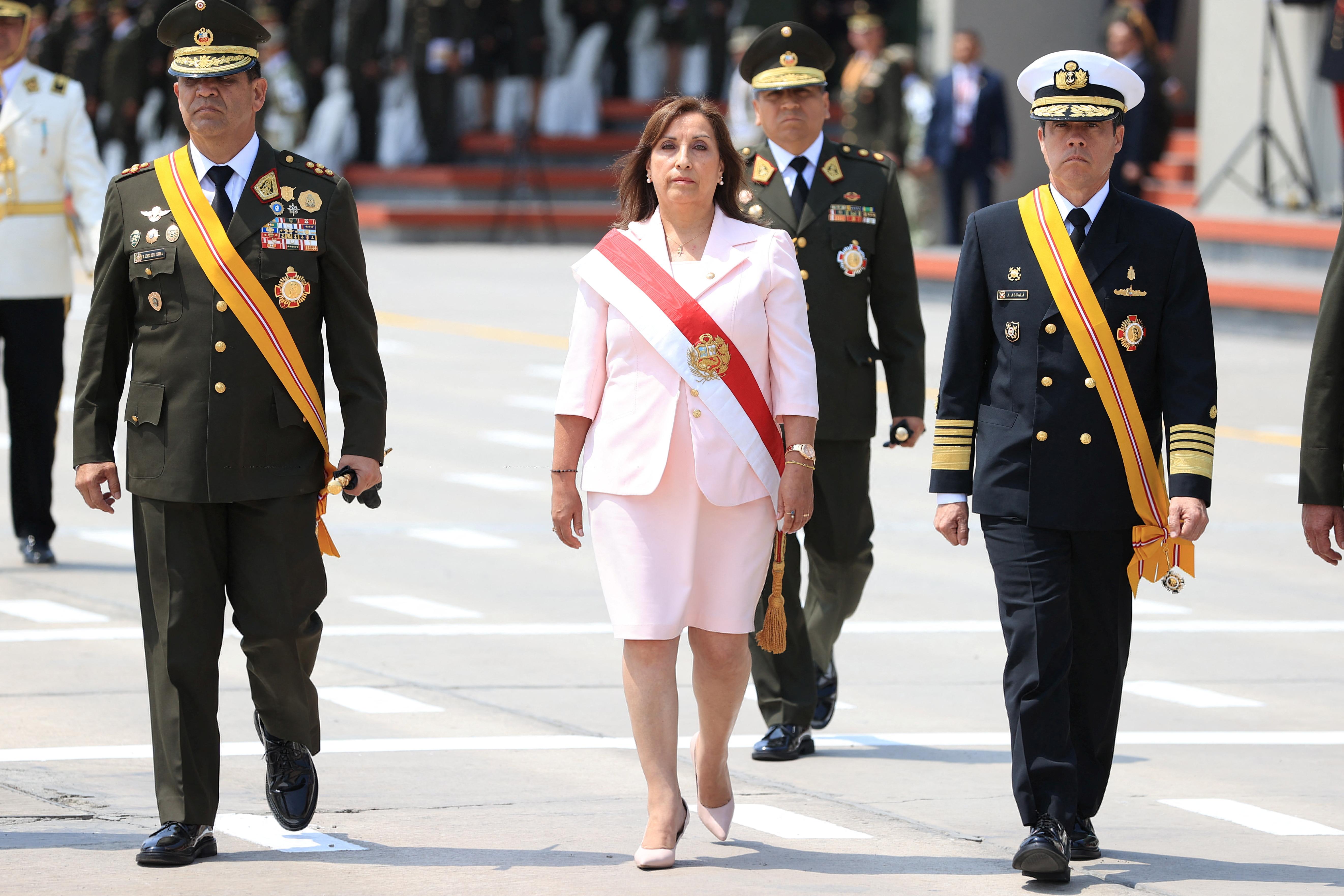 LIMA (Reuters) -Peruvian President Dina Boluarte, who has said she is leading a transitional government following the ouster of her predecessor, said on Sunday she will replace the prime minister as part of a reshuffling of her Cabinet.

Boluarte was vice president until earlier this month when her predecessor, former President Pedro Castillo, tried to illegally dissolve Congress, was removed from office and then detained.

Since assuming the new role, Boluarte’s administration has been rocked by political turbulence and widespread protests, which have left 20 dead, with six more killed after incidents related to road blockades, authorities said.

The Cabinet changes will take place on Monday and Tuesday, Boluarte told America Television’s news program “Cuarto Poder.” The shakeup follows the resignation of her education and culture ministers, who both resigned due to the deaths during the protests.

Boluarte said in a news conference on Saturday that the move was driven by a need “to be able to install knowledgeable ministers in each sector.”

She did not hint at a possible replacement for Pedro Angulo, who has been prime minister for just a week.