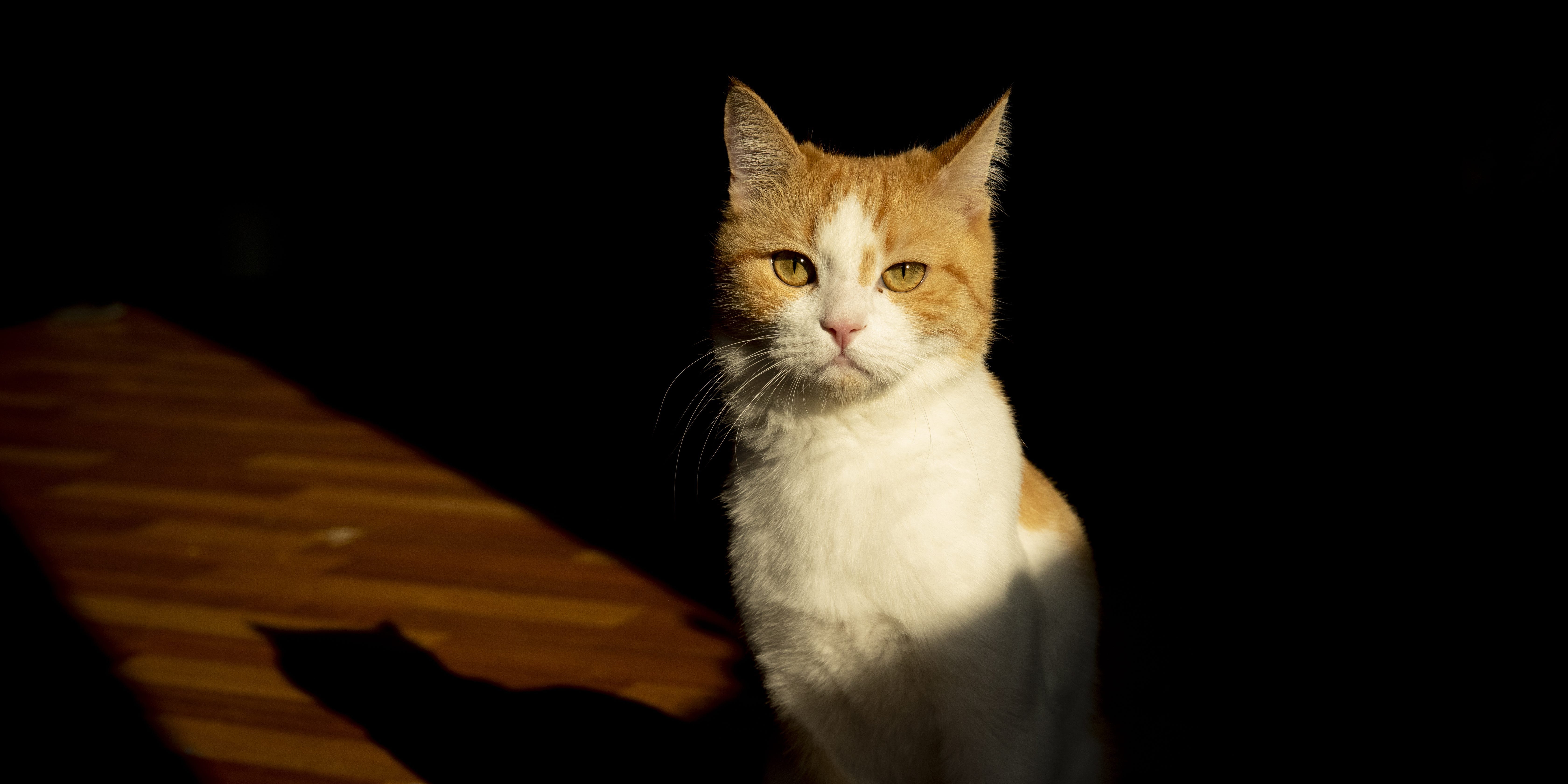 The biggest difference between human vision and cat vision is in the retina, a layer of tissue at the back of the eye that contains cells called photoreceptors.

What do cats see behind those reflective eyes?

The biggest difference between human vision and cat vision is in the retina, a layer of tissue at the back of the eye that contains cells called photoreceptors. The photoreceptors convert light rays into electrical signals, which are processed by nerve cells, sent to the brain, and translated into the images we see.

But Lamm wanted to give humans the chance to see the world through their favorite pet’s eyes. In the following pictures, the human view is on top and the cat view is below.

There’s a common misconception that cats can’t see any colors, and only view the world through shades of gray. Humans are known as trichromats, meaning they have three kinds of cones that allow them to see red, green, and blue. Cats are also thought to be trichromats, but not in the same way humans are. A cat’s vision is similar to a human who is color blind. They can see shades of blue and green, but reds and pinks can be confusing. These may appear more green, while purple can look like another shade of blue.

Cats also don’t see the same richness of hues and saturation of colors that we can.

Experts believe cats to be nearsighted, which means they can’t see far objects as well. Their ability to see close objects, however, is well-suited for hunting and capturing prey.

Cats can’t see fine detail or rich color, but they do have a superior ability to see in the dark because of the high number of rods in their retina that are sensitive to dim light. As a result, cats can see using roughly one-sixth the amount light that people need.

Cats also have a structure behind the retina, called the tapetum, that is thought to improve night vision. Cells in the tapetum act like a mirror, reflecting light that passes between the rods and the cones back to the photoreceptors and giving them another chance to pick up the small amount of light available at night. This is what makes cats’ eyes glow in the dark.

Nickolay Lamm consulted with Kerry L. Ketring, DVM, DACVO of All Animal Eye Clinic, Dr. DJ Haeussler of The Animal Eye Institute, and the Ophthalmology group at Penn Vet for this project.

This article was originally published on October 16, 2013.